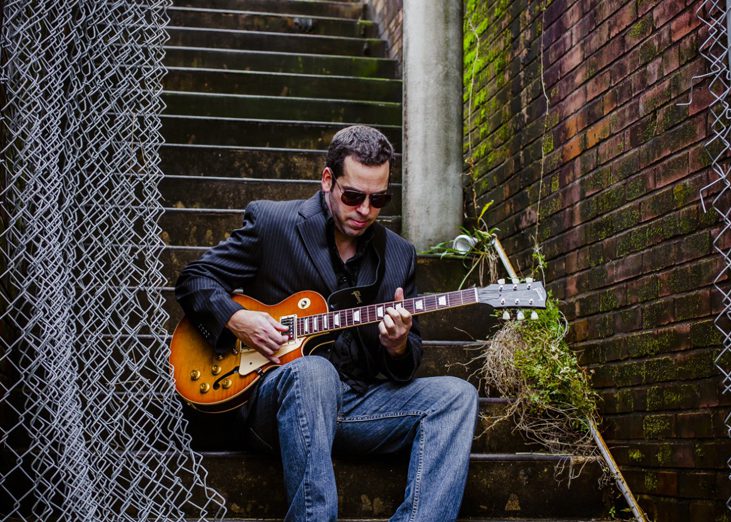 “It may be a bit premature to crown Albert Castiglia America’s newest King of the Blues, but there’s little doubt that he at least deserves the title of heir apparent.” — Miami New Times

As most artists will attest, the most unexpected circumstance can spark artistic inspiration. That’s a fact that hasn’t been lost on singer, songwriter and guitarist extraordinaire Albert Castiglia. With his latest album, the aptly named Masterpiece, he celebrates an unforeseen triumph — a connection with a daughter he never knew he had. The result is a work that’s both personal and provocative all at the same time.

Castiglia calls this the most meaningful album he’s ever made. “My daughter finding me and opening up my world to an additional family, including two grandchildren, brought out the deepest material I’ve ever created,” he notes, “along with my wife, they were my muses.” Indeed, songs such as “Keep On Swinging”, “Masterpiece” and “Bring on the Rain” address the unexpected emotions that infused his psyche with the discovery of a family he never knew.

“Prior to my daughter finding me, my entire adult life felt incomplete,” Castiglia reflects in the song “Bring On the Rain.” “I never knew why I felt that way. I could never put my finger on it. Then when I discovered my daughter, my heart was suddenly overflowing.”

The title track echoes the same sort of sentiment. “After my daughter and I connected for the first time, I submitted my DNA sample to the lab to confirm that I was indeed her father,” Castiglia recalls. “I knew she was my kid the second I saw her picture, but my daughter wanted closure and by me taking the test, it would put all the speculation to rest. On the day my results came up positive, I wrote a letter to my daughter telling her how happy I was to be her father. At the end of the letter I wrote, ‘I’ve been an artist for thirty years, but you’re my masterpiece!’ I ran with that line and made it the perfect song to express my love. As the lyric says, I loved her before I even knew her.”