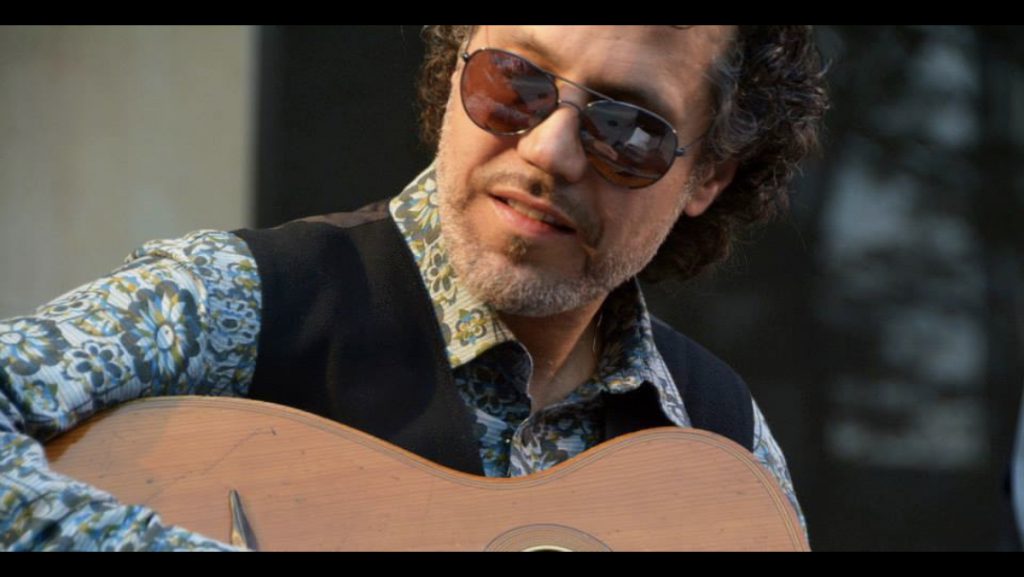 Guitarist, multi-instrumentalist, and leader of Chicago’s Swing Gitan, Alfonso Ponticelli comes from a musical family. He was inspired by Italy’s passionate music scene during childhood vacations to his family’s home in Naples. At 18, Alfonso began his musical career playing in a variety of bands including R & B, Chicago blues, rock, folk, big bands, and bebop jazz combos throughout the country.

In 1994, he showed his versatility by winning the National Mountain Dulcimer Championship at the Walnut Valley Bluegrass Festival. That same year, Alfonso began studying flamenco guitar — in Spain with Rafael Riqueni and Manolo Sanlucar, and in New Mexico with Pedro Cortes and Chuscales. During his first of many visits to the Festival Django Reinhardt in Samois-sur-Seine, France in 1996, he had the pleasure of camping next to and being schooled by Babik Reinhardt and many other legendary gypsy players.

In 2004, Alfonso Ponticelli & Swing Gitan was invited to play at the legendary festival. Alfonso has also been featured at DjangoFest Northwest, DjangoFest Crested Butte, the Midwest Gypsy Swing Fest in Madison, Wisconsin and Django a Go Go in New York. Alfonso has been sharing the gypsy spirit in Chicago for over 20 years, including performing a weekly gig at the famous Green Mill jazz club (since 2004), teaching Gypsy Jazz class at the Old Town School of Folk Music (since 1995), producing the annual Chicago Gypsy Jazz Festival, which has featured many acclaimed national and international artists; and to mark Django’s centennial birthday, a 2010 commission from the City of Chicago to produce and perform a concert at Millennium Park’s Pritzker Pavilion for more than 10,000 people.