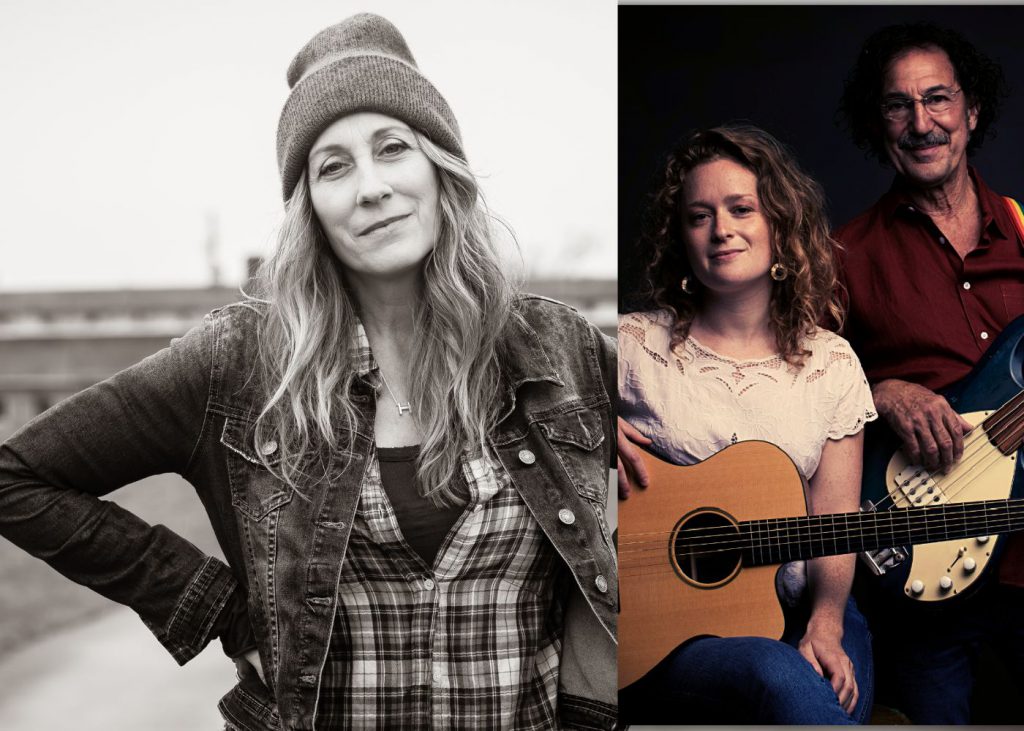 Amy Speace is an award-winning, critically acclaimed singer-songwriter living in Nashville, TN. Since releasing her debut album Fable in 2002, Speace has been a mainstay in Americana and roots music, earning fans in living legends like Judy Collins, notching award wins (most recently, a 2020 Americana Music Award for the title track of 2019’s Me And The Ghost Of Charlemagne) and building deeply felt, artfully constructed catalog comprising 10 studio albums. Speace’s 10th and latest album, Tucson, follows her much-lauded 2021 release There Used To Be Horses Here, an album that grappled with the loss of Speace’s father while also celebrating the first birthday of her son. On Tucson, Speace dives into similarly emotional territory, this time opening up about the trauma she experienced as a survivor of college date rape and her subsequent winding journey to finding peace and healing. Speace recorded Tucson with longtime collaborators The Orphan Brigade (Neilson Hubbard, Ben Glover, Joshua Britt). In addition to her work as a musician, Speace is currently earning an MFA in poetry and volunteers frequently with Songwriting With: Soldiers.

Alice Howe is a warm and engaging performer becoming known for her soulful, impeccably-tuned vocals and brilliantly crafted songs.  She has been marked as one to watch since the release of her 2017 EP You’ve Been Away So Long. The record debuted on the Folk Radio Charts with a #1 Most Played song, “Homeland Blues,” firmly establishing her as a rising star. In 2019, Alice released Visions, a modern love letter to 60s and 70s folk and timeless blues, garnering critical acclaim from gatekeepers such as Billboard and smitten local press alike. Alice has just completed her forthcoming album, Circumstance, recorded at iconic FAME Studios in Muscle Shoals, AL, working with Freebo as her producer, arranger, and co-writer. Due out in early 2023, Circumstance features ten new original songs backed by a world-class band.

Joining Alice on fretless bass and harmonies is her musical partner Freebo. Freebo is best known for his decade of touring and recording with Bonnie Raitt, and has distinguished himself as one of the great bassists of our time, playing on records with CSN, Maria Muldaur, John Mayall, Ringo Starr, Dr. John, and Neil Young as well as appearing on Saturday Night Live, The Midnight Special, The Muppet Show, and in concert with the legendary Spinal Tap. He is now working on his sixth solo record.