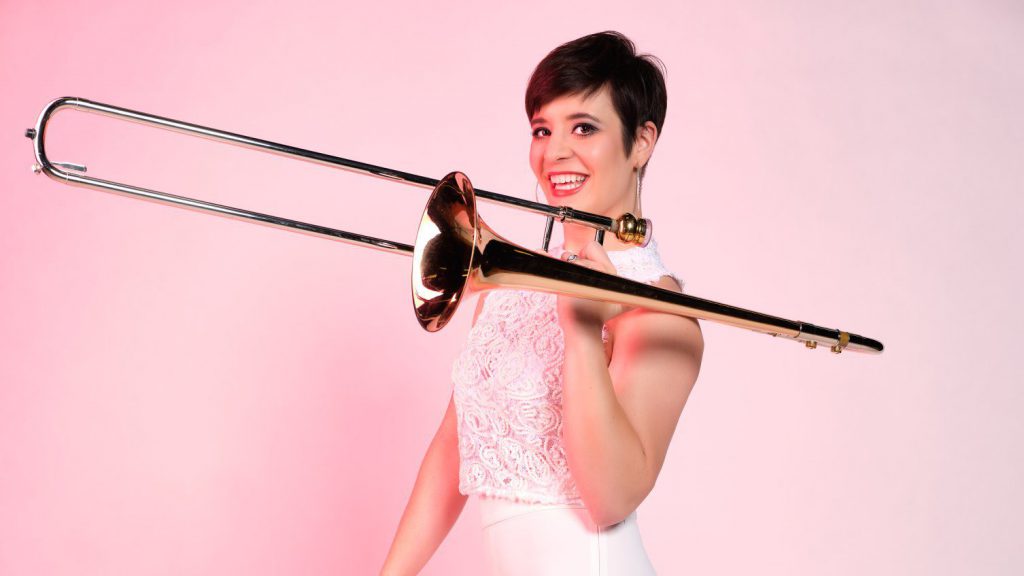 The media refer to #1 selling artist, Aubrey Logan as “The Queen of Sass,” and it’s easy to see why. Her concerts are a mix of excellent musicality, jaw-dropping vocals, expert trombone-playing, a breathtaking array of originals and original takes on cover songs and, well…fun! Her heart wrenching musical stories has audiences in tears just before her comedic relief has them in stitches.

The Seattle native, trained in trombone performance at Berklee College of Music, Logan soon after made her way to Los Angeles, with dreams of becoming L.A.’s “most cerebral musician with a personality”. Once there she created her own path, lining up professional work with acts as disparate as the Boston Pops, Pharrell, Josh Groban, Seth McFarlane, and Meghan Trainor, and at the same time amassing a huge online following thanks to her performances with the YouTube phenomenon PostModern Jukebox.

Her debut, Impossible, was a top 10 album on the iTunes, Billboard and Amazon charts. Her appearance on Summer Horns II, from A to Z, as a special guest of Dave Koz and Concord Records, became the No. 1 selling Contemporary Jazz Album. Aubrey’s features on Jimmy Kimmel, The Grammy Awards, a PBS special and London Live have kept her in the public eye and millions of fans have watched her head-spinning videos on YouTube and Facebook.