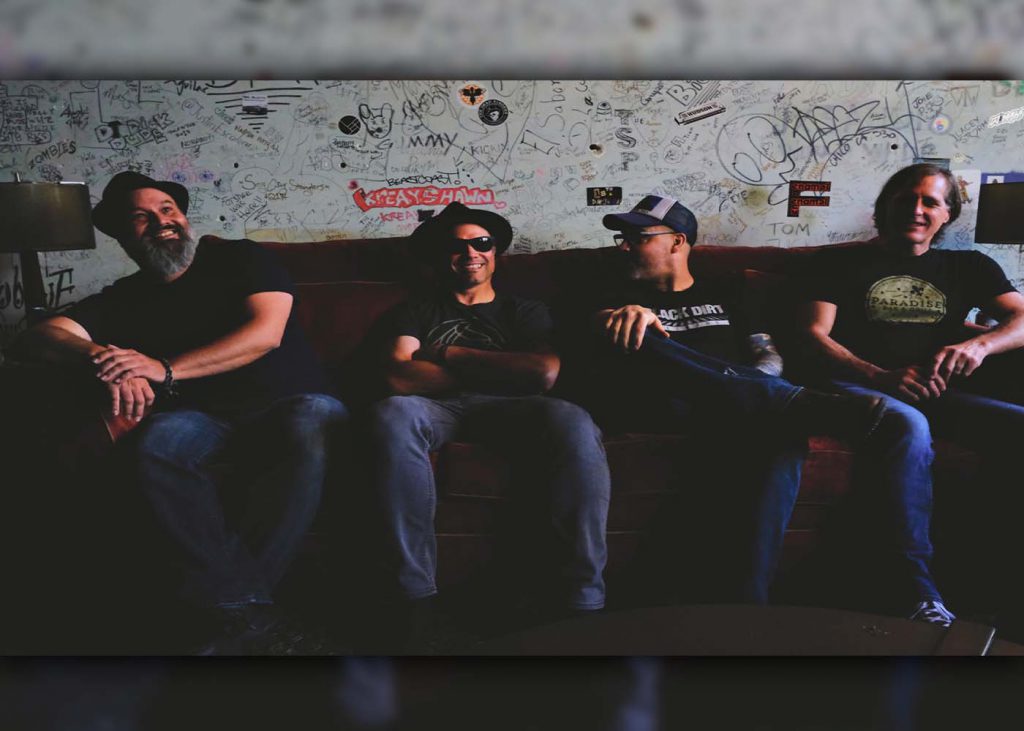 The rebirth of Backyard Tire Fire springs forth with an undeniable burst of musical energy. Fans will cheer the band’s return the way families celebrate a long-awaited reunion. The Midwestern guitar rock unit is back with “Black Dirt Blue Sky,” their first collection of new recordings in 10 years.

The music radiates a spirit of renewal, like a John Deere tractor turning over a patch of rich soil. And the musicians pack more passion into the material than a team of horses in their prime, eager to work. The recordings show how much bandmates Edward David Anderson, Matt Anderson, Scott Tipping and John Ganser are happy to play new songs together after a decade-long hiatus.

“These tunes and this lineup are by far the best this band has ever sounded,” lead vocalist and songwriter Edward David Anderson said.

“Black Dirt Blue Sky” is loaded with moments that coax smiles and recall good memories. “Carefree Kids” inspires nostalgia, while “Alejandro Escovedo” is both a wry ode to the mystery of dreams and a nod to the iconic rocker. The band’s experience touring the USA and recording a series of timeless alt-country records in the early aughts informs the present-day energy of tunes like “Little Wren” and the music shines with beauty and joy, like light at the end of a long tunnel.

“It’s a story of redemption and perseverance, of second chances,” Anderson said. “The pandemic even tried to foil it, but we wouldn’t have it. We hunkered down and put this beautiful recording together in home studios throughout Illinois and beyond.”

BTF were darlings of radio stations like Chicago’s WXRT-FM in the early 2000s. Grammy Award-winning producer Steve Berlin of Los Lobos produced their 2010 album, “Good To Be.” Johnny Hickman of Cracker compared them to Wilco. The music rings with crisp guitar tones, tight harmonies and pointed lyrics. Anderson and Tipping (The Mighty Blue Kings) create the core vibe with skillful guitar work. Anderson’s brother, Matt, plays bass with new guy Ganser (The Something Brothers) on drums. From the hard driving “House of Cards” to the country ballad “Truck Stop Shower,” the songs on “Black Dirt Blue Sky” make the new sound familiar and the familiar sound new.

extensively throughout the country. Since the band stopped recording and touring together in 2011, bandmates have overcome great losses to make joyous music together again.

“Hearing some of those older tunes I had written and cared so deeply about made me want to play them again, but it was the new material that really excited me.” Anderson said. I had a strong urge to make music with my brother again. So we called our old pal and touring guitar player, brought in the drummer that I had been playing with the previous five years, and Backyard Tire Fire was reborn.”

“Black Dirt Blue Sky” is produced by EDA and will be independently released fall 2021 by Anderson’s Black Dirt Records in conjunction with the Royal Potato Family label.