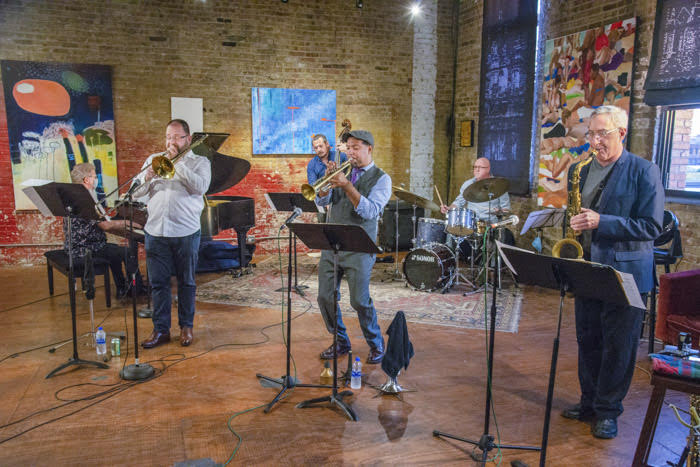 Since that time, the band has been playing all over Chicagoland in concert halls, universities and clubs such as the Jazz Showcase and the Green Mill. Their first recording, “Mood Point” was released in April 2012 to widespread critical acclaim. Their new recording on Delmark will be released in November.

“In the hands of pianist Steve Million and trombonist Andy Baker, the men who co-lead BAKERzMILLION… the classic sound of three horns plus rhythm comes newly alive, mindful of tradition but bristling with the assembled experience of the players involved.” – Neil Tesser

“…first-class original tunes…wonderful sextet arrangements, everyone’s chops are waaay up, great ideas all around and clearly everyone is having a ball.” – Randy Brecker