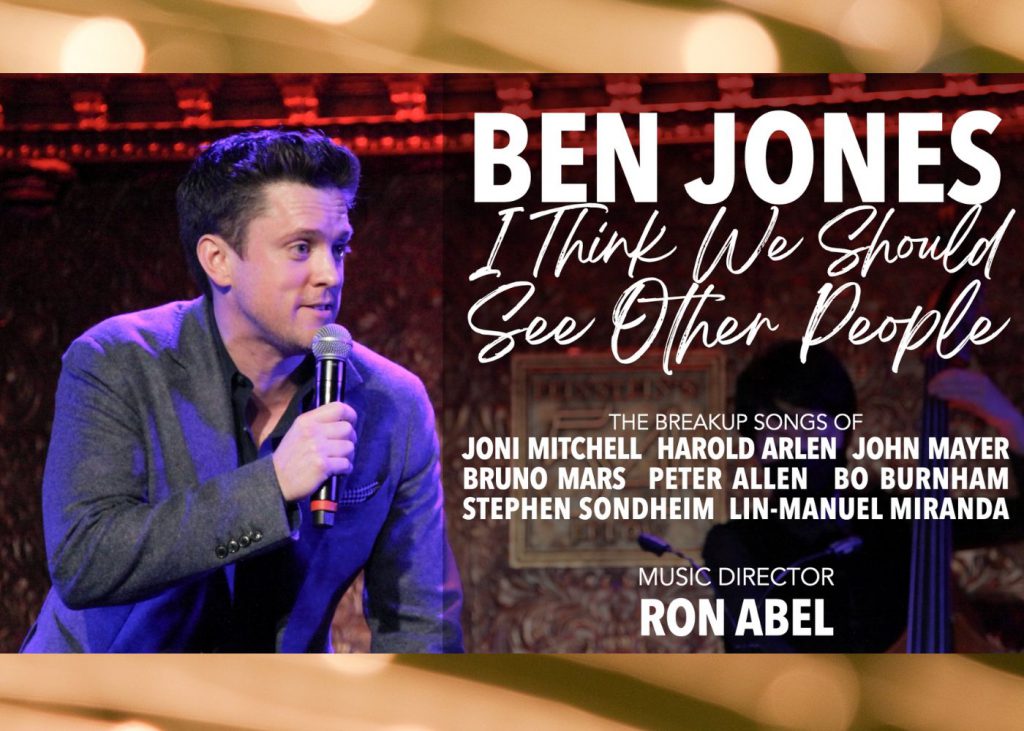 Ben Jones: I Think We Should See Other People

Ben Jones returns to Hey Nonny with a funny, moving and deeply personal evening of classic standards, soaring showstoppers and modern hits, punctuated with raucous, side-splitting and devastatingly honest stories from his own love life. Serenading audiences with his “extraordinary voice” (Night Life Exchange), Jones appears alongside a trio led by his music director and collaborator, the legendary Ron Abel.

In this hilarious followup to his “Jaw-Dropping” (BroadwayWorld) first show, I Think I’m in Love, Ben confronts relationships, breakups, sex and infidelity head-on with his original “puckish sense of humor” and “tongue-in-cheek mixture of comedy and sex” (BroadwayWorld).

Ben Jones is a singer, comedian, storyteller and actor who has appeared in front of audiences worldwide, from the Edinburgh International Festival to the Shanghai Concert Hall. His versatile voice has been featured on recordings on the Albany, Naxos and Delos labels, on A Prairie Home Companion, on the soundtracks for the best-selling video game franchises Halo and Civilization, and on commercials for Coors Light and Meow Mix. He was most recently seen as Sid Sorokin in The Pajama Game in San Francisco. In 2022, he won a BroadwayWorld Cabaret award honoring his work in New York’s hottest clubs during the height of the pandemic.