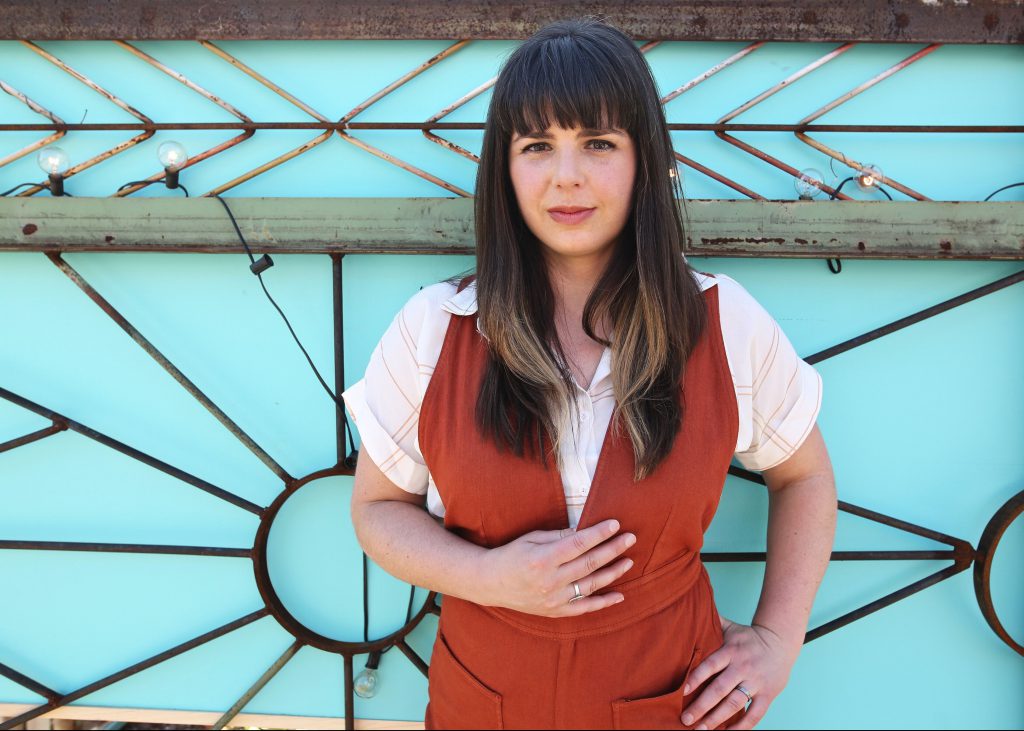 Beth Bombara’s album Evergreen began thousands of feet above sea level. Looking to step back and clear her head after a long bout of touring, the rock & roll-influenced Americana artist nestled herself in the Rocky Mountains in a remote cabin. The cabin’s name? Evergreen. She spent time wandering through acres and acres of untouched forest around the cabin, up and down craggy rocks that felt nothing like her native Michigan nor her adopted home of St. Louis. Almost by accident, songs for her sixth album began to take root.

“I wasn’t writing a new record — at least, I didn’t think I was at the time,” she admits. “But I’m starting to realize, that’s just what I do. I write songs. You know how trees exhale oxygen? They don’t think too hard about oxygen…it’s just a byproduct of their existence. Well, songs are a byproduct of my existence. I’ve already exhaled these songs, but maybe they’re a needed breath for someone else. And the idea that even one other person needs them is what fulfills me.”

Although based in Missouri, Bombara has spent much of her adulthood on the road, carving out her own award-winning mix of vintage folk and electric roots-rock. She’s been a solo artist, a bandleader, and an occasional side musician for other artists. With Evergreen, Bombara resumes her role as the leader of an amplified Americana band. These songs were largely written on the run — in friend’s basements, during soundchecks, and on the road — while Bombara and company toured the country in support of her 2017 release, Map and No Direction. As a result, there’s a strong sense of movement here, from Samuel Gregg’s versatile guitar playing to the thump of the group’s rhythm section (featuring Mike Schurk on drums and Kit Hamon — Bombara’s right-hand man and longtime collaborator — on bass). Gluing the sound together are Bombara’s unforced vocals, sharp hooks, and optimistic lyrics, which find her taking an honest look at life’s difficulties while continuing to move forward with positivity.

“Getting to work these songs out on the road was invigorating,” says the songwriter, who’d previously recorded Map and No Direction with a small, insu lar team consisting of Hamon and co-producer Karl Kling. “So I already feel invincible with my touring band, and then my friend John Calvin Abney joined in on keys (and production). The
five of us just walked in to the studio, set up in one live room, and hammered out the whole album in less than a week. It was the most fun I’ve ever had making a record. Everyone’s doing what they do…it just felt effortless.”

From Tom Petty’s heartland rock & roll to Aimee Mann’s quirky indie-folk, Evergreen sources its inspiration from iconic sources. Even so, this is the unmistakably unique work of Beth Bombara, a singer/songwriter who, over a half-dozen albums, has nodded to past traditions while always pushing ahead into new territory. Evergreen is her newest high-water mark: an album that matches her craft with the nuanced stomp of her strongest band to date.

The Kris Lager Band’s purpose is not to convince you that greatness lives on a stage, in your TV, smart phone, or in your stereo.

The intent and purpose of our music is to awaken the greatness that lives within us all. I do believe we are all the same, and that we are all equals, and not anyone of us are better or lesser than anyone else. My goal as a performer and an artist is to find peace and tolerance through song and dance and spread it to the audience and the listener.

I’ve been fortunate enough to travel around playing music for almost twenty years now and I’ve had some form of The Kris Lager Band going since I was 17. Over the course of two decades I’ve had the opportunity to learn and become aware of things I didn’t even know existed when I started performing. Through many lessons and personal revelations I’ve been able to rediscover my motivations many times and also reshape my outlook and find purpose as an entertainer.

I started out just wanting to simply make my guitar cry and scream like my guitar heroes that I grew up listening to and loving. It made me feel good and I figured that if I delivered this music with passion and intensity that it would resonate. I believe it did, but there was more that I wasn’t aware of and there was something I was missing. Then after many bouts of disenchantment with the music business which led to a lot of soul searching I feel I discovered my calling, my magic trick. I discovered the beauty of serving the audience and intentionally setting out to lift up their spirits; while also delivering the music I loved. This mindset allowed me to focus less on myself and more on the audience, my band, and the big picture of what music is all about in the first place. 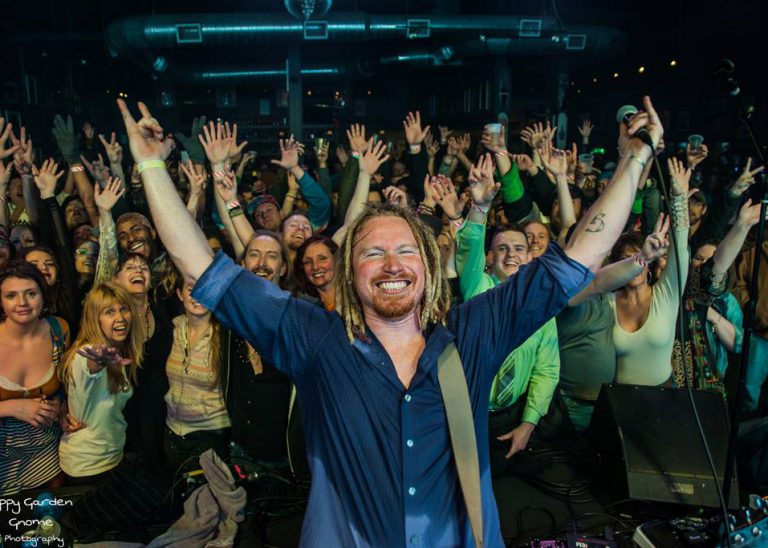