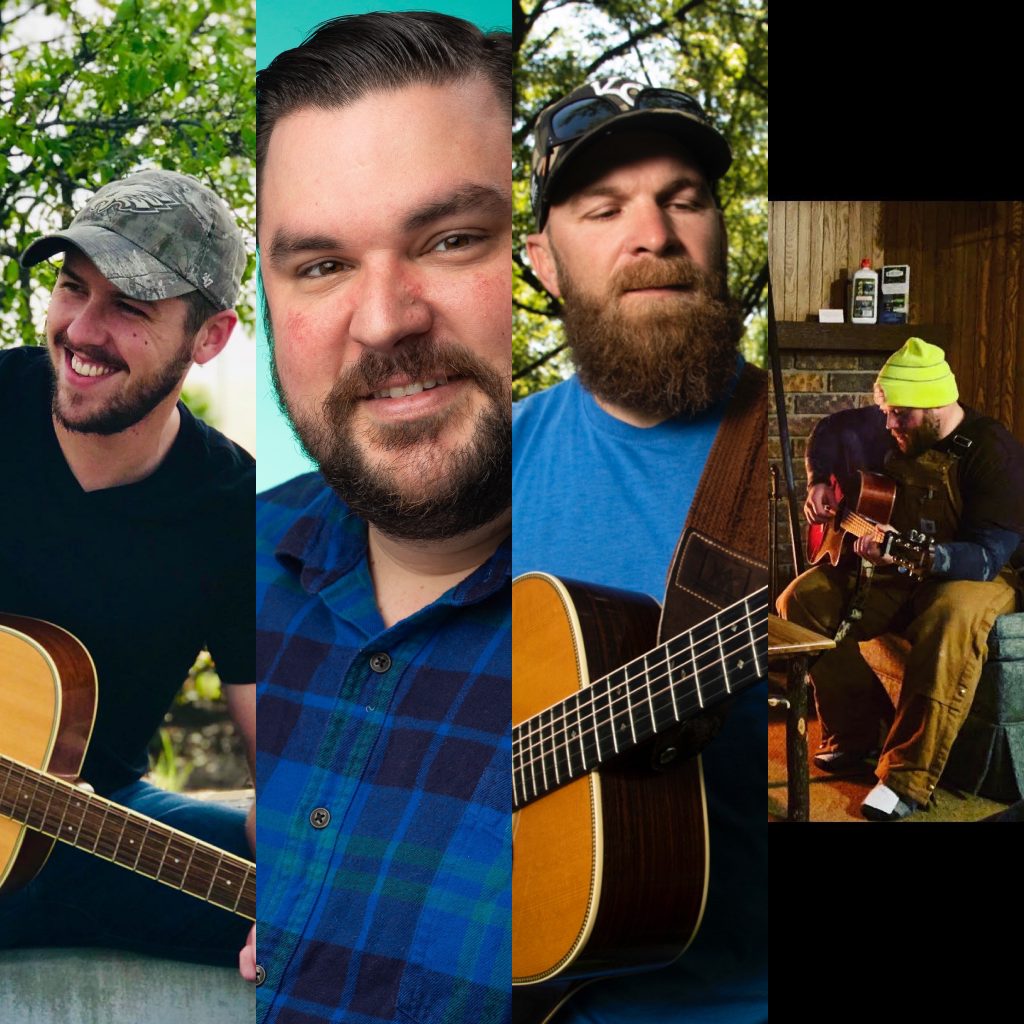 Join us for this new showcase-style series featuring three incredible up-and-coming artists. Each performer will take the stage for about thirty minutes. Get in on the ground floor, and you can say you saw them when…!

Duke Oursler is an American Heartland singer/songwriter from Macomb, Illinois. His thoughtful, honest and direct lyrics speak to midwestern life and experience. Duke’s songs are rooted in the Illinois banks of the Mississippi river. His unique brand of river rock speaks to the tumultuous floods and hard working blue collar life on the Mississippi River, contrasting against unifying and spiritual stories of love, friendship, and family found on the big river. With honesty, authenticity and whit, Duke and his band The American Dream deliver tight harmonies and an energetic live performance belting stories of midwestern life and love in America’s Heartland.

Duke has been writing and playing his original music for the past two decades in Illinois and Iowa. He has shared the stage with many regional and national acts such as Miles Nielsen and The Rusted Hearts, Chicago Farmer, Hello Dave, Jason Walsmith, Broseph, Walker McGuire, The Plott Hounds and others. Duke will soon be releasing his upcoming project titled (Duke and The American Dream) featuring the singles “Bootstraps” and “Set Me Free”.

Matt Strom is a Navy Diver veteran who started playing guitar less than 5 years ago. He is a Nashville recording artist with a unique sound like a good whiskey, a little grit, a little bite, and a lot of smooth.

Michael is a Singer-Songwriter, Guitar and Piano Instructor, and a very active performer. You can catch Michael out performing all over the Chicago suburbs each weekend.

Michael recently released his debut album “Silence & Noise”. You can stream it wherever you get your music!

Ross Childs has been improvising, singing, and performing music and theater in and around the country for the better part of the last decade. He moved to Chicago after graduating from Louisiana State University with a Bachelor’s in Theatre. Since then, he has studied at iO, The Annoyance, and The Second City. He has been playing comedy music for more than five years, releasing his debut album “Kazoology” in 2018. His song “Air Fryer Blues” was nominated for the 2022 Logan Award for best Original Comedy Song.

When not recording and performing his music, he’s writing and performing theater with his friends in the company BYOTproductions. He is also a founding member of the Chicago-based sketch comedy team, “Waffle Junkies”.

You can hear Ross’s music on Spotify, Soundcloud, iTunes, and all online music repositories. He is on the FuMP (Funny Music Project), and his tunes have been featured on The Dr. Demento Radio Show!