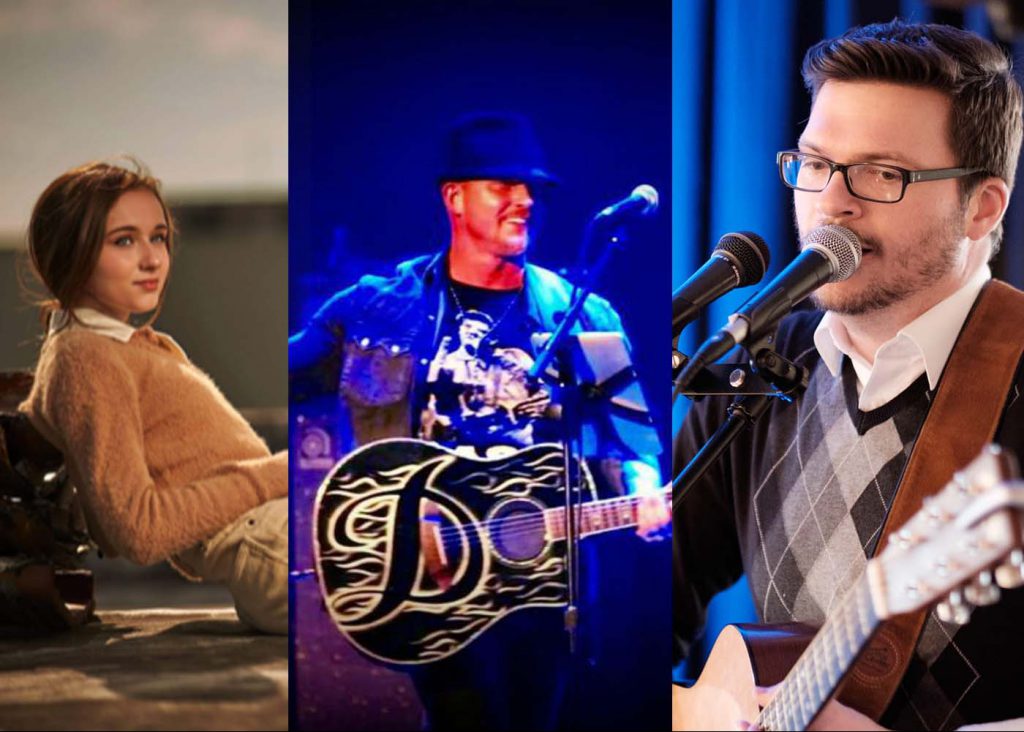 Join us for this new showcase-style series featuring three incredible up-and-coming artists. Each performer will take the stage for about thirty minutes. Get in on the ground floor, and you can say you saw them when…!

Jagger: Jagger’s style is reminiscent of the 70’s, but with a tone and approach unique to her. Just 5 years old when she started singing, the first time she sang a Lady Gaga song for her grandma (donning a Hannah Montana wig and pink toy microphone) was the moment Jagger came to life as an artist. From that day on, singing became a daily occurrence, source of entertainment, and inspiration. Jagger then began to write alongside Grammy-nominated songwriters; her approach brings a soft, calming nature to every song. Her newest song “I Go Crazy” combines an etherial feeling with soft yet expressive vocals and lyrics that will move you.

Darryl Markette: Darryl and his band MARKETTE have performed multiple times on live television WGN-TV as well as live on The Mancow Show Chicago’s WPWR-TV-50. Darryl has headlined some of Chicago’s most prestigious live music venues such as The House Of Blues & Joe’s Weed St. Darryl performs singer-songwriter rounds in Nashville TN & most recently an all-original set at the infamous Whisky A GoGo in West Hollywood CA. Darryl’s singles “Rain On Thee, Never Break Heart, Dog Gone Alone & Country Song” have been in rotation at BIG 95.5 FM Chicago’s Country. Darryl’s music is available for download anywhere music is streamed and sold.

Andrew Robinson: Acoustic singer-songwriter Andrew Robinson continuously searches for the daily inner complexities of simple personal interaction and love in his songwriting and acoustic renditions. There is very little that exists outside of the Rockford resident’s musical interests and vocal spectrum, channeling the vocal passion from the soul singers of old while digging deep into the catalogs of some of the greatest in folk, pop, and rock. Andrew stretches his inspirations to their fullest potential, captivating audiences and calming the most tortured soul.