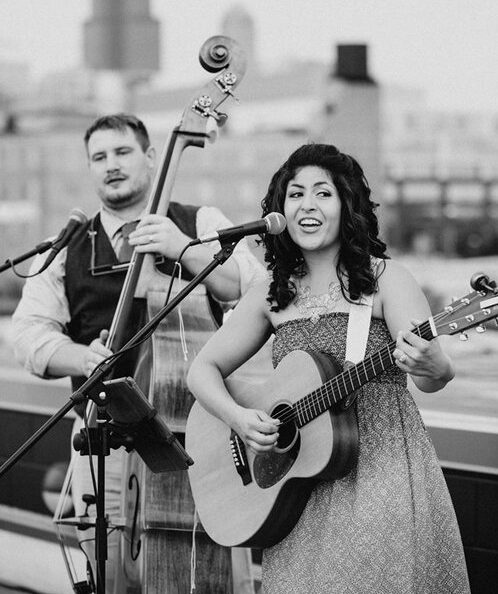 Bluegrass Brunch with Tank and the Beez 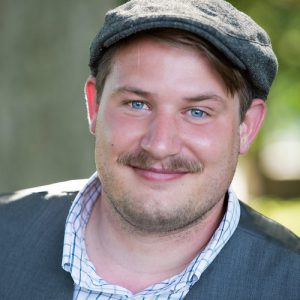 Tank began taking piano lessons in grade school but quickly lost interest. His love of music was rekindled upon discovering The Beatles around age eleven. While in college, Tank discovered a knack for writing songs quickly and on-command. He was once hired to play guitar music for a wedding and, rather than admit he did not play guitar and pass up on the gig, he taught himself to play in two weeks.

Tank is a former non-profit professional and a current educator, teaching secondary English Language Arts as well as beginning and intermediate music. He also partners frequently with Chicago theatre companies as a musician, music director, and composer. 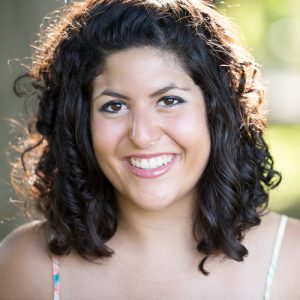 Beez grew up in a musical family, with several artistically inclined siblings and her father directing choirs, teaching music, and playing in his own sixties rock-and-roll cover band. She sang and performed in choirs, musicals, and operas throughout her formative years. Beez also spent a stretch of time working as a server at Red Lobster, which she describes as, “I don’t want to talk about it.”

Beez is a Board Certified Music Therapist, specializing in children and adults with disabilities and hospice care. She is also a teacher for the internationally-recognized music program for parents and young children, Music Together. 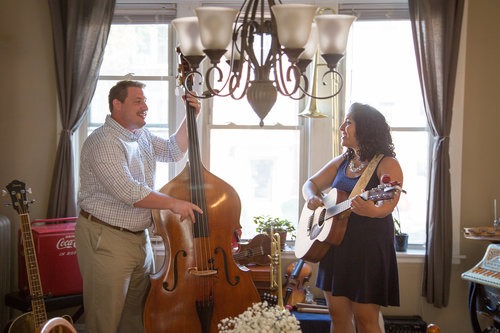