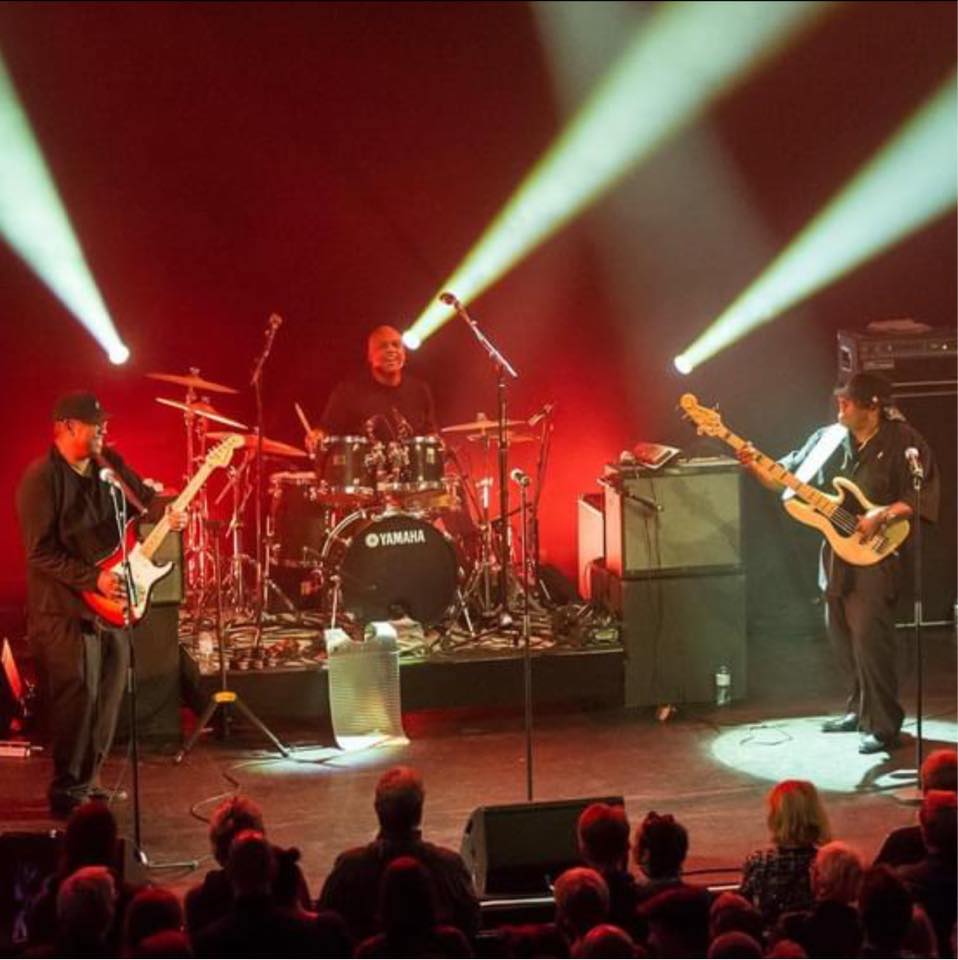 Mike Wheeler has a vast knowledge of music and a voice that’s reminiscent of the late Sam Cooke. He can sing and play everything so well that you may forget what the original record even sounds like. From Jazz to Rock, from popular music to Top 40, he slides in and out of musical genres with sophistication, ease and indulgence. Mike Wheeler is a brilliant staple in the Chicago blues community, playing and writing songs for a variety of Chicago artists including, Nellie Tiger Travis, Peaches Staten, Sam Cockrell, Demetria Taylor, Big Ray & Cadillac Dave. Mike was a well known member of Big James &The Chicago Playboys, a notable band in Chicago and recorded five albums with the group. He has travelled the world as an ambassador for Chicago blues music. He’s been to Monaco, France, Switzerland, Spain and Belgium, just to name a few. He’s also shared the stage with the most elite musicians the world has known, including Willie Kent, Koko Taylor, Buddy Guy, B.B. King, George Benson, Jimmy Johnson and Shemekia Copeland. Mike was inducted in the Chicago Blues Hall of Fame in 2014.
Mike uses Elixir Strings.

Larry Williams is a Bass Extraordinaire with unmatched stage presence and charisma. Influenced by artists such as Bennie Williams, Jerome Scott, Sam Cockrell, Larry Graham, James Jamerson, Willie Dixon, Stanley Clarke and Verdine White just to name a few. Larry’s style is clean and driving, reminiscent of the late greats yet modern, enabling him to play with the best in the business. From Gospel to Alternative, Larry can play it all. He has played on national and international stages. He has performed with Albertina Walker, Tyrone Davis, James Cotton, Jimmy Johnson, Buddy Guy, Vicki Winans, Koko Taylor, B.B. King and George Benson along with countless others. He has recorded on three major blues labels: Alligator, Blind Pig and Delmark Records. He is a true example of someone who knows what he was born to do!!
Larry uses Elixir Strings.

Cleo Cole began playing drums at the age of 10. He was influenced by his older brother Jethero Cole. Cleo played in his grammar and high school bands and also attended the Conservatory of Music where he was taught by Peter Romalis. He then began playing around town with various artists such as Doug McDonald, Alvin Cash, Floyd Taylor, Zora Young, Maurice John Vaughn, Shirley King, Big James, Nellie Travis, Peaches Staten, Sam Cockrell and Pistol Pete. His influences are Omar Hakim, Dennis Chambers, Billy Cobham, Bernard”Pretty”Purdie, Killer Ray Allison, Willie “Big Eyes”Smith and Willie “The Touch” Hayes. He has traveled all over the world. He was part of the Legendary Blues Cruise 2011 where he bonded with his fellow drummers. Cleo plays Yamaha Maple Customs and has a stick endorsement with Vic Firth. He has recorded on Blind Pig and Delmark Records. Cleo Cole is a drummer that you must see and hear for yourself!!!

Eric Noden is an award winning acoustic blues and roots musician based out of Chicago, Illinois. Eric’s virtuosic fingerpicking guitar blends perfectly with his honey and whiskey tinged voice. Noden’s music is both a tribute to the past and a reflection of current times. From barrelhouse blues to New Orleans grooves to dazzling guitar instrumentals Eric’s live performances are festive and celebratory events. Eric has been featured on music festivals in over 15 countries and 3 continents. He has released 9 albums including his duo work with harmonica master Joe Filisko and blues legend Billy Boy Arnold.