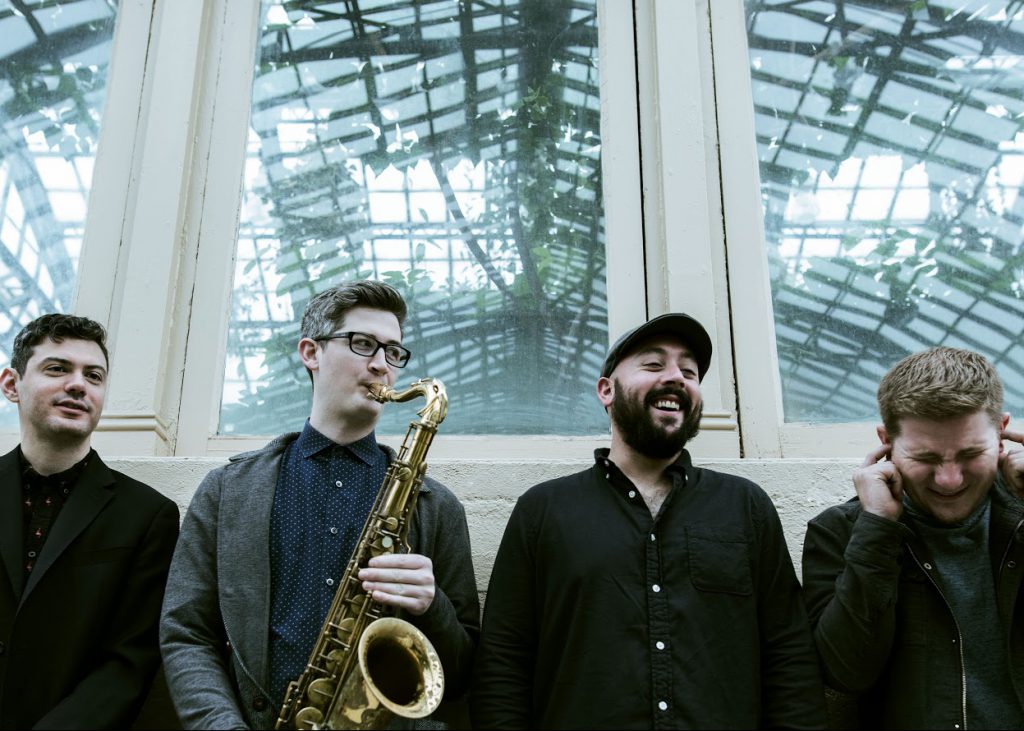 Bonzo Squad is an instrumental ensemble formed in Chicago, IL. The group formed as the house band of a jam session at Lilly’s in 2014. Member of Bonzo Squad includes Corbin Andrick (Bonzo) on saxophones and flute, Andrew Lawrence on keyboards and synthesizers, Andrew Vogt on bass, and Zack Marks on drums. For all intents and purposes, let’s call them Corbin, Lawrence, Vogt, and Marks.

The story starts when Corbin met Marks while playing in Bumpus, a funk/soul band in Chicago. The two traveled all over the country with this group and collaborated on several songs for Corbin’s first two releases. Corbin then found Vogt on a golf course at LaGrange Country Club and ended up asking him to do the house set at Lilly’s, where he stayed until the present. Finally, Lawrence came into the picture when Corbin and Zack went to Multi-Kulti. Lawrence was running the Tuesday night Multi-Kulti jam session at the time when he and Corbin collided again.

Corbin needed a sub for Lilly’s and Lawrence gladly accepted. These four recorded 22 tracks in two days at IV Labs studios, performed an all David Bowie Tribute, an all Prince Tribute, a Mozart tribute, and a full-blown Christmas production.

They are set to release their debut album “Bonzo Squad” in 2017.