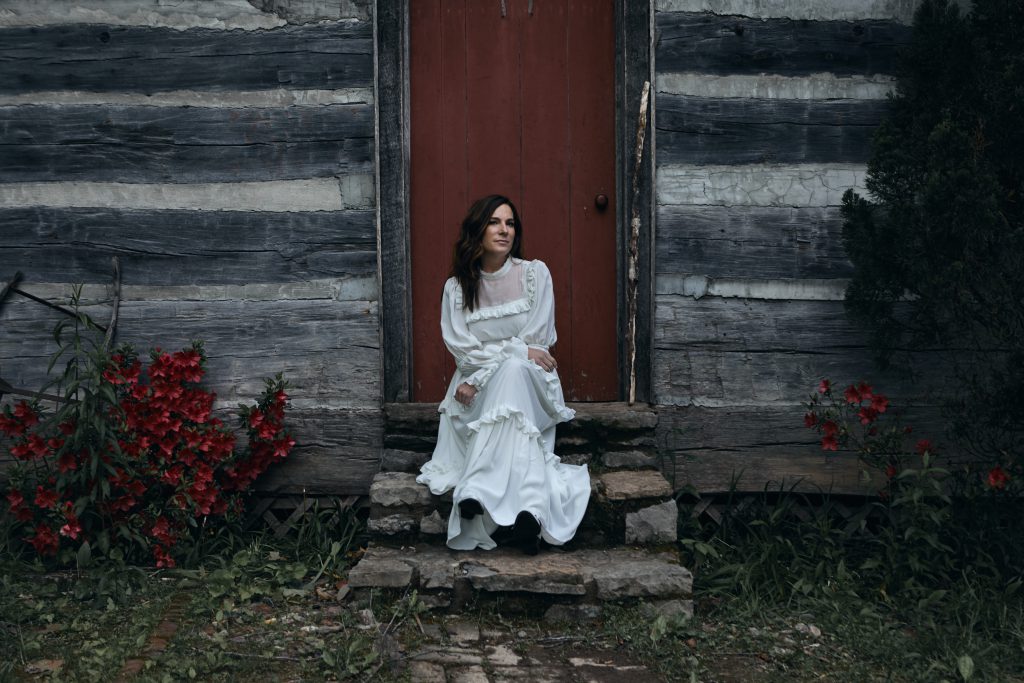 Teri Bracken — the singer/songwriter, multi-instrumentalist, and visionary force behind Brontë Fall’s mix of indie-pop and rootsy Americana — was preparing to release 2020’s Finishing School when the world shifted. A tornado ripped through her adopted hometown of East Nashville, sending two trees crashing onto her roof. A pandemic brought her world to a standstill. A messy breakup left her heartbroken, and her father’s ongoing battle with cancer found her making regular trips to a hospital in Ohio.

Throughout it all, Bracken continued to create music. This was something more than songwriting — it was therapy. A battle cry from a front-woman who had always found empowerment in her own music. A reminder that difficult seasons are only temporary, with weary winters soon giving way to brighter summers.

Winter, Brontë Fall’s follow-up to 2020’s Finishing School, was created during those months of dark struggles and silver linings. It’s a seven-song EP that doubles down on Bracken’s pop roots, trading the Americana influences of her previous recordings for a mix of synthesizers, punchy percussion, and other electronic elements. The record also strongly nods to Emily Brontë’s “Fall, Leaves, Fall,” a poem about finding the warmth in nature’s cold spells.

“It felt therapeutic, even healing, to make music in 2020,” Bracken says. “I didn’t stop writing. I didn’t stop creating. Winter is the product of my perseverance and will to make it through a trying year.”

Bracken recorded Winter in Nashville, joined by a small group of instrumentalists — electric guitarist Lars Thorson, keyboardist Dylan Jones, harmony singer Hadley Kennary — and producer Jake Finch. She’d already introduced her combination of pop and folk influences with her 2017 debut, Silhouette Dances, then revisited that sonic hybrid with Finishing School. This time, things felt different. Bracken embraced her own eclectic version of pop music, creating a bright sound for gloomy times. “I wasn’t worried about making the album sound a certain way, or ensuring that it fell into the Americana category,” she says. “I just let go of those concerns, and focused on getting back to the core of what artists are supposed to do: making music.”

Winter’s highlights stretch from “Burning Out” — where Bracken compares the arc of a failing relationship to the fall of a shooting star, knowing its flame will soon be extinguished — to the minor-key “Beyond the Rain,” which contrasts its story about a weather-ravaged town with optimistic pop hooks and a percussive pulse. “Every (Damn) Time” is a tribute to self-dignity, while the atmospheric “Indiana” contrasts the simple joys of childhoods with the complexities that come with growing older. Winter doesn’t shy away from its sad undertones, but this is ultimately a record about survival and rebirth. It’s about making your own warm weather during a cold spell, regardless of the chill that lingers outside.

“I resonated with Emily Brontë’s ‘Fall Leaves Fall’ while writing these songs,” Bracken says. “Her poem is about embracing the darker seasons of our lives, and this record has a similar focus. Winter is about finding the beauty in a year like 2020 and making way for what’s ahead.”