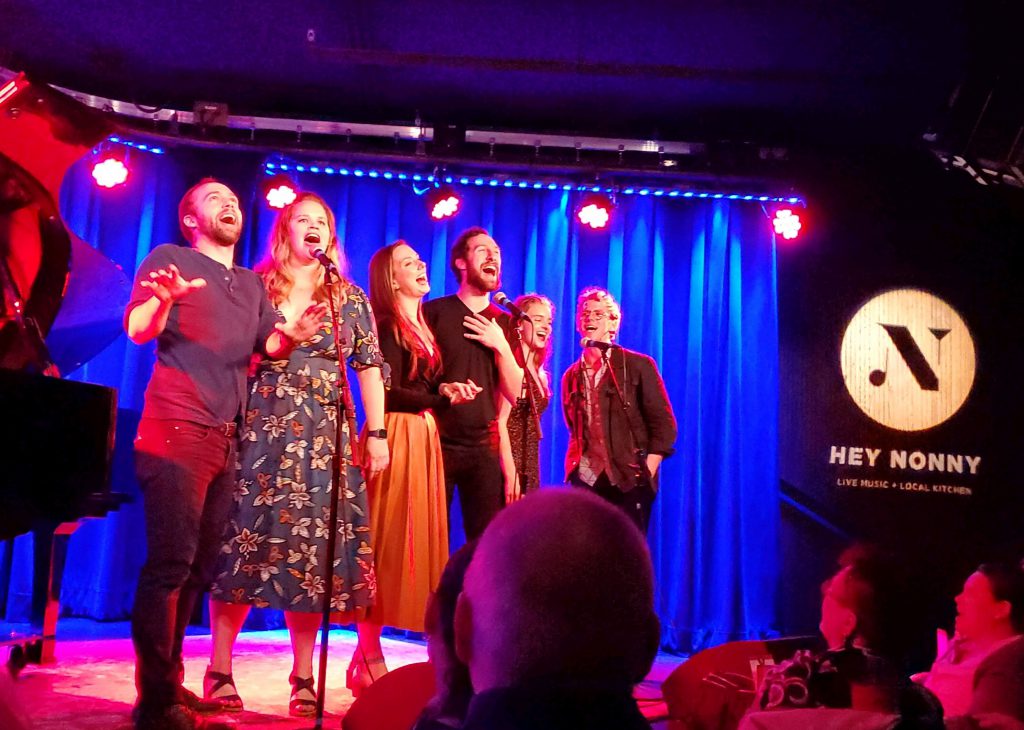 Throw your cares away for the night and join us at Cafe Carly‘s Night at Hey Nonny. Hey Nonny’s first sell-out was our first Café Carly cabaret show — featuring Chicago’s most talented young musical theater performers, wrangled into a uniquely themed show by hometown girl (and former NYC cabaret performer) Carly Stocking. Every Café Carly presents different songs, performers, and jokes, but every one is a polished, high-energy songfest for delighted crowds.

Carly Stocking is an Arlington Heights native and received her BFA in Acting from Illinois Wesleyan University. She has performed across the US, spending five years in New York City producing, directing, and performing in cabarets. She recently became co-owner of the Arlington Heights-based children’s theatre company Setting the Stage.
Nicky Mendelsohn is an Arlington Heights native who is thrilled to be back at Cafe Carly! Nicky’s Chicago Credits include Poseidon, The Rip Nelson Quarantine Special (Hell in a Handbag), Annie (Citadel), Freaky Friday (Williams Street Rep), Flies! The Musical!, It’s Only a Play (Pride Films and Plays), and Tony n’ Tina’s Wedding (Chicago Theatre Works). Regional credits include  Timberlake Playhouse, Priscilla Beach Theatre, The Round Barn Theatre, and Cedar Point. Nicky holds a BFA in musical theatre from Western Michigan University and is an ensemble member With Hell in a Handbag Productions.
Nick Thornton is a queer, nonbinary interdisciplinary artist and educator living in Chicago, IL. Their work is best characterized as promiscuous, spanning collaborative performance making, teaching artistry, craftivist object making, and cabaret. Through this eclectic constellation of practices, they endeavor to envision, manifest, and chase queerness and utopia.
Amanda Walsh hails from the suburbs, but currently resides in Chicago. She holds a degree in Music Education from Illinois State University. Favorite musical theatre roles include Eliza Doolittle (My Fair Lady), Belle (Beauty and the Beast), Lady of the Lake (Spamalot), and Nancy (Oliver!). By day, Amanda is a Chicago Public Schools Pre-K teacher, where she sings at her kids all the time and ties a lot of shoes.
James is so excited to be joining the Cafe Carly team on this show. As happy as he is behind the bar he couldn’t be happier to leave it alone for the night. Although his most recent credits have all been backstage on shows at Metropolis, The Atheneum Theater, Theater Wit and more; it’s time to get him back on stage. 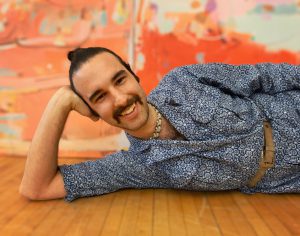