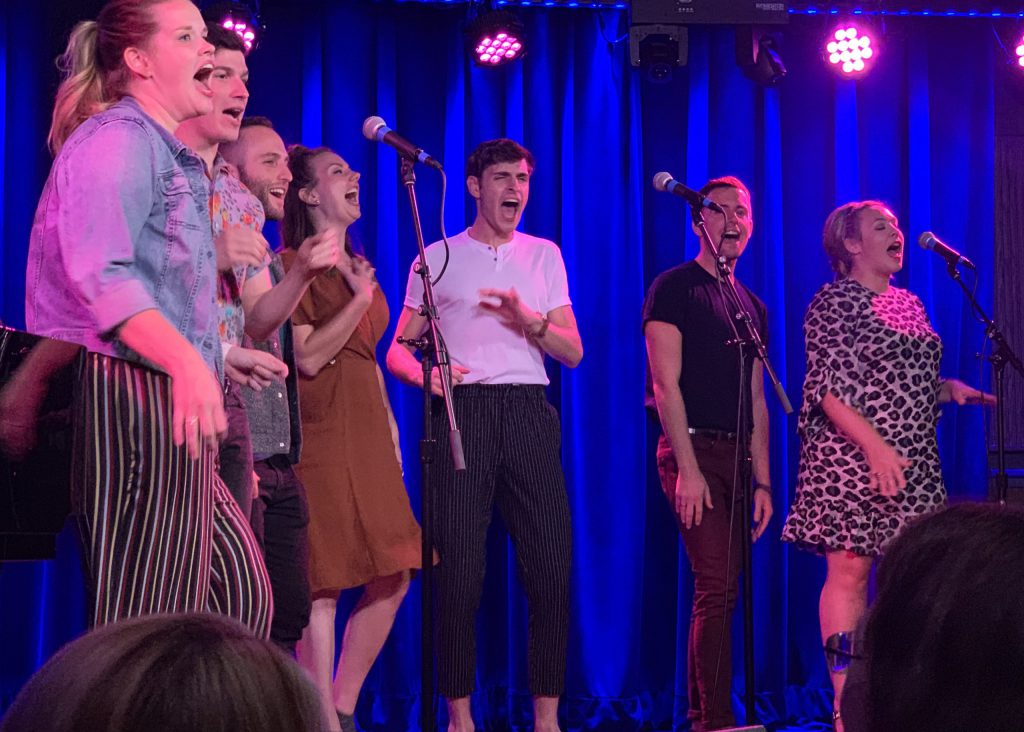 After a five month hiatus, Cafe Carly is back! Come take a glimpse at what our quarantined lives have been like and how we’ve gotten through. Featuring some of our favorite numbers from our past nine shows, Carly Stocking, Neil Stratman, Nicky Mendelsohn, and Jeffrey Poindexter are sure to put a smile on your face.
Hey Nonny’s first sell-out was our first Café Carly cabaret show — featuring Chicago’s most talented young musical theater performers, wrangled into a uniquely-themed show by hometown girl (and former NYC cabaret performer) Carly Stocking. Every Café Carly presents different songs, performers and jokes, but every one is a polished, high-energy songfest for delighted crowds. With nine shows at Hey Nonny under their belts, you are most definitely in for a dreamy night!

Jeffrey Poindexter is an active music director and pianist in the Chicagoland area, having worked with numerous theatres including FWD Theatre Project, BoHo Theatre, Griffin Theatre, the Performer’s School and Fox Valley Repertory. Jeffrey is an adjunct faculty accompanist at Roosevelt University and frequent collaborator at Columbia College Chicago. Along with his various theatre work, Jeffrey plays for numerous recitals, concerts and special events throughout the year, as well as teaches piano lessons. Jeffrey earned a bachelor’s degree in music education from the University of Nebraska-Lincoln and a master’s degree in jazz piano performance from DePaul University.

Carly Stocking has spent the last three months directing children’s theatre through Zoom! She is an Arlington Heights native and received her BFA in Acting from Illinois Wesleyan University. She returned to Chicago after spending five years in New York City producing, directing, and performing in cabaret shows. She has spent the last year and a half creating sold out cabarets at Hey Nonny. Theatre credits include: Cinderella in Cinderella, Miep Gies in The Diary of Anne Frank, and Helen in the West Coast Premier of Bob (B Street Theatre), and As You Like It (Milburn Stone). Carly is the co-owner of Setting the Stage children’s theatre in Arlington Heights.

Neil Stratman is infected with gratitude to be back at Cafe Carly! Last seen spreading sweat and joy in Noises Off at Metropolis, he has been unmasking his performance art all over Chicago for about a decade. Six feet of love to Carly and Hey Nonny, his family, and this amazing (post-pandemic?) audience. May art keep us sane, healthy, and privy to way too much of my personal life.