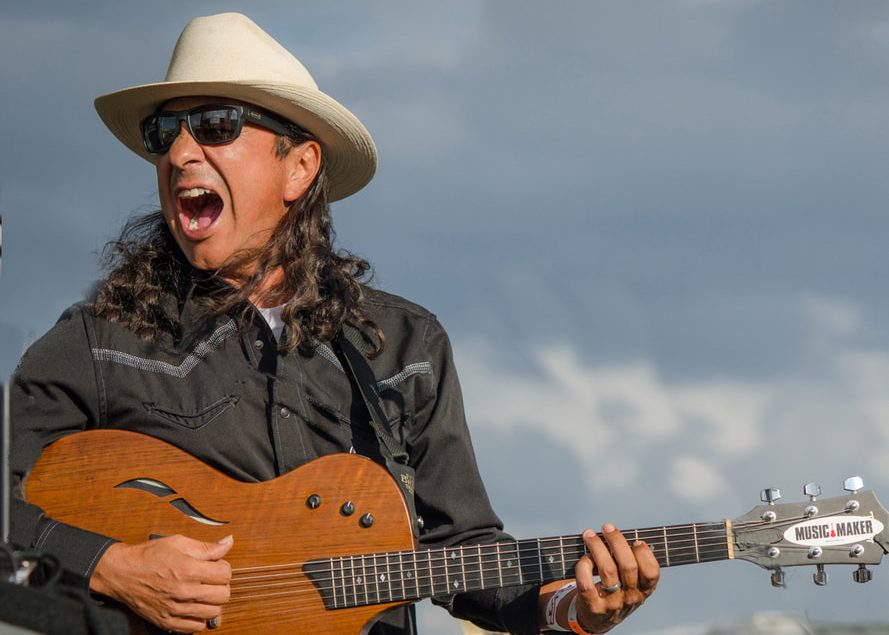 Described as “one of the best acoustic pickers on the scene today,” Cary Morin brings together the great musical traditions of America like no other. With deft fingerstyle guitar and vocals that alternately convey melodic elation and gritty world-weariness, Morin crafts an inimitable style often characterized as roots-infused Native Americana with hints of bluegrass, folk, blues, and rock.

Cary has shared the stage with Los Lobos, Jackson Browne, Bonnie Raitt, Joan Osborne, David Bromberg, Arlo Guthrie, Tony Trishka, Guy Davis, David Wilcox, Alvin Youngblood Hart, Spencer Bohren, Charlie Musslewhite, Brian Stoltz, the Subdudes, and Phil Cook, and more. He has performed at renowned venues across the globe, including the Kennedy Center and Lincoln Center, and is the recipient of numerous awards and accolades including several Indigenous Music Awards for Best Blues album, a Telly bronze award for his music video “When I Rise.”, an Independent Music Award for Best Blues CD, an honorable mention in the 2018 International Songwriting Competition, a Native Arts and Cultures Fellowship, a First Peoples Fund Artist in Business Leadership fellowship.

Morin was born in Billings, Montana. A Crow tribal member with Assiniboine Sioux and Black heritage, and son of an air force officer, he spent the bulk of his youth in Great Falls, where he cut his teeth picking guitar standards at neighborhood get-togethers. When not touring the US and Europe, he calls Northern Colorado home.

After one very long apocalyptic groundhog day, home-worn troubadour, Trae Sheehan, is ready to dive back into his normally busy schedule of tours and music releases. Handing us a sonic map, he is guiding us out of the past year into a changed world that vaguely resembles the one we knew before. Along with his homeschooled upbringing on a West Virginia alpaca farm and touring the country in his converted minivan, his 2019 release ‘Arizona’ reached No. 7 on the Roots Radio charts, and his 2020 album ‘Postcards from the Country’ was featured with American Songwriter, The Bluegrass Situation, and Glide Magazine. Sheehan’s latest record ‘Hello from the End of the World’ was released on August 27th and debuted on the Roots Radio Charts at #27 along with reaching the Top 100 of the Americana Charts. His upcoming project ‘Songs for Spring’, a short collection of demos, will be available on March 4th via Half Moon Records.