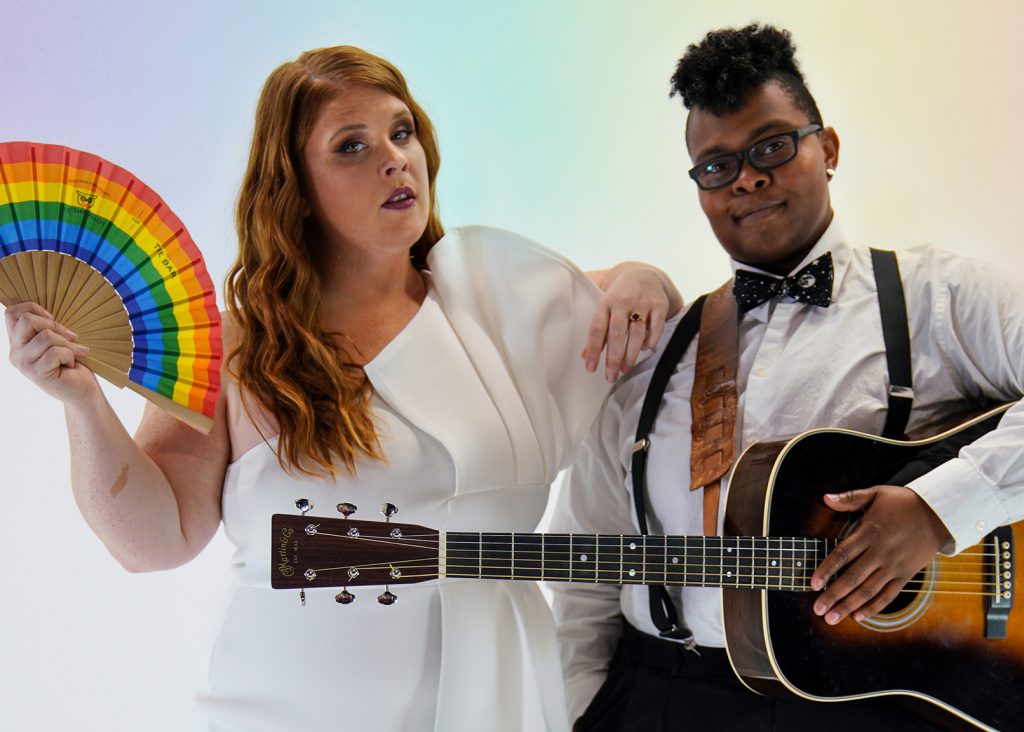 Already being hailed as “the next Woody Guthrie,”DC resident Crys Matthews is among the brightest stars of the new generation of social justice music-makers. A powerful lyricist whose songs of compassionate dissent reflect her lived experience as what she lightheartedly calls “the poster-child for intersectionality,”Justin Hiltner of Bluegrass Situation called Matthews’s gift “a reminder of what beauty can occur when we bridge those divides.” She is made for these times and, with the release of her new, hope-fueled, love-filled social justice album Changemakers, Matthews hopes to take her place alongside some of her heroes in the world of social-justice music like Sweet Honey in the Rock and Holly Near. Of Matthews, ASCAP VP & Creative Director Eric Philbrook says, “By wrapping honest emotions around her socially conscious messages and dynamically delivering them with a warm heart and a strong voice, she lifts our spirits just when we need it most in these troubled times.

Hi! I’m Heather Mae! I’m a queer, fat, femme living out loud with mental illness and v proud of all of the above. As a social justice singer-songwriter, recording artist, and producer, I use my music and my writing to speak out and build community.

A few years ago, I was told I’d never be allowed to sing again due to vocal nodules. Oof. Instead of surgery, I went silent for 8-months, followed by some intense vocal coaching, I got my voice back. I decided to dedicate my life, my career, my music, and my voice to social justice issues.

In 2016, I released my EP, I AM ENOUGH, which focuses on racial justice, feminism, LGBTQ+ equality, and body liberation. In 2019, I released my first full length album, GLIMMER, a collection of 9-songs solely focused on one theme: mental health. I have Bipolar Disorder and a whole smorgasbord of other mental health delights, but I realized that by talking about it, I was actually helping eliminate stigma and saving lives. I went on two US album release tours and sold out venues all over the country. GLIMMER was my glimmer in 2019.