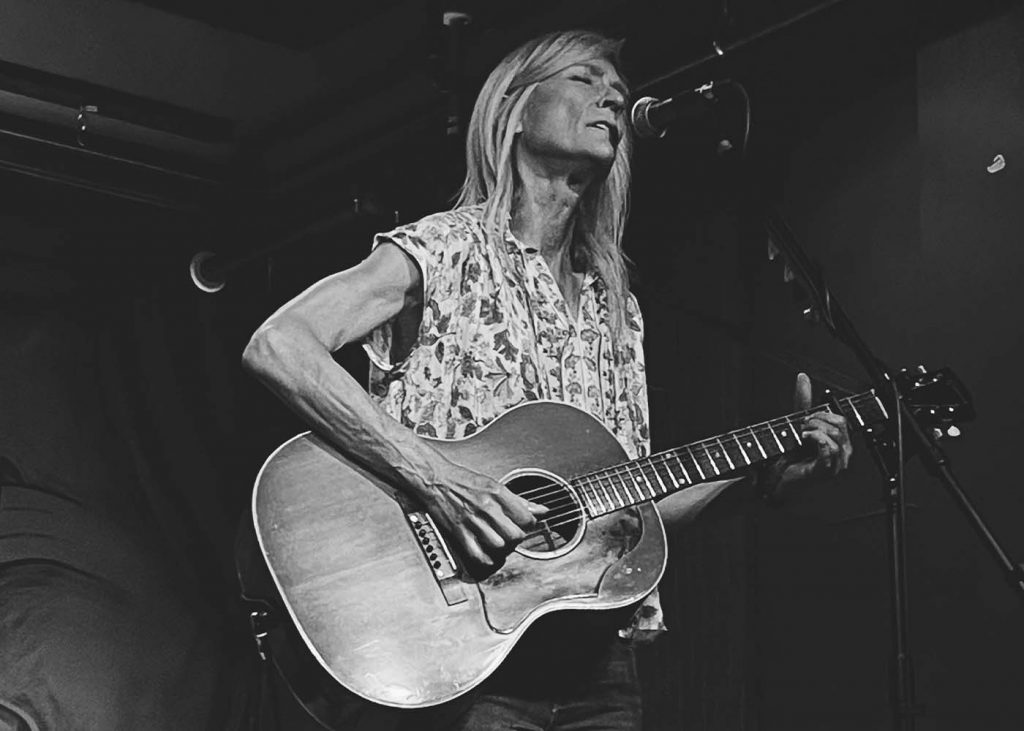 Earliest influences include her mother’s soaring soprano voice, and her grandmother buying that $25 guitar in Chicago’s Old Town neighborhood when she was 6 years old. Harmonizing with her sister, Dara, and memorizing long lyrical passages of the songs of Bob Dylan, Odetta, Joan Baez, Sandy Denny and Eric Andersen and singing in church choir, a commitment that remains.

“Tastes Like Fire,” an EP with 3 songs that carve into the center of uncertainty with sharpness and honesty.

A south Chicago-born singer-songwriter, lives on the city’s north side, is married to George, and is a mom to two sons, Alex and Sam. A big fan of the open mic scene, you’re likely to catch her out road-testing songs.