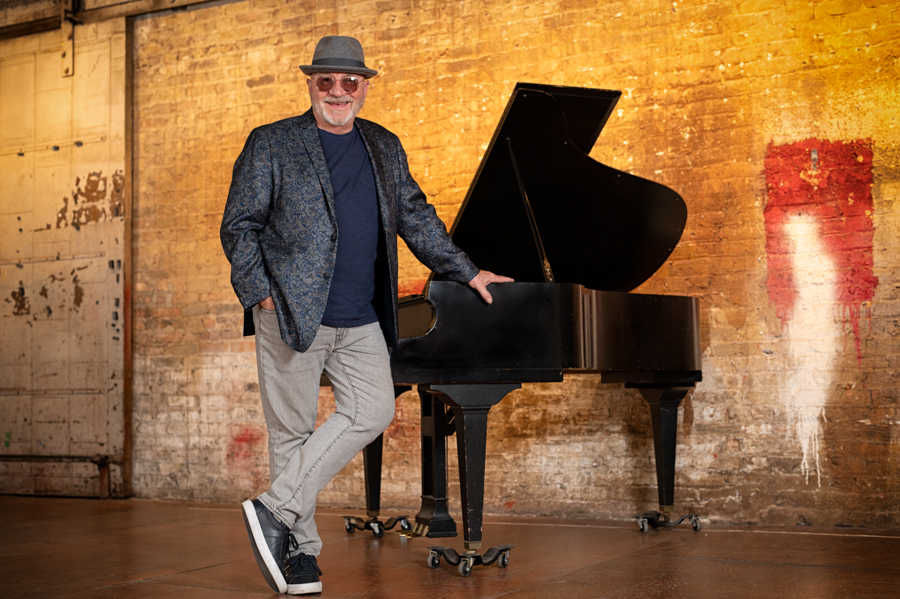 A soulful singer with a big, hairy baritone voice. A harmonica player who’s melodic & tasty while playing down & dirty.  A two-fisted piano player who drives the rhythm home.  A smart songwriter who digs deep into soul and blues. Music you hear and never forget; Derrick Procell is all of that. Derrick was playing in bar bands before he was legal.  He did his first recording as a lead singer in Nashville when he was 16. And that was that. He knew he’d be a performing & recording musician for the rest of his life.

Originally from Milwaukee, he’s always been a front man. For years he wrote and performed with award-winning touring band, Arroyo. Derrick has logged thousands of hours on stage. In the 90’s he moved his career into the recording studio. He’s the Beer Voice Guy. If it’s not a microbrew, he’s sung for their commercials. Derrick provided vocals and voice over for scores of advertising campaigns, including McDonald’s, Chevy, Ford, Coca-Cola and Kellogg’s.

Derrick’s been writing songs for over 40 years.  Beginning with writing for his live performances, he later he moved to studio recording exclusively.  Derrick’s songs have been recorded by artists such as The Brooklyn Tabernacle Choir, Logan Daniels, Melissa Manchester, BigLlou Johnson, The Cashbox Kings, and Grammy nominee & BMA Album of the Year winner Shemekia Copeland. You’ve heard his songs on My Name is Earl, True Blood, Criminal Minds, Boston Legal, Saving Grace, The Office, True Blood, This Is Us, The Americans, and King of the Hill. Movie credits include the Oscar nominated film, Lady Bird, and Netflix original Holidaze. Derrick’s songs have been included in projects by The American Cancer Society, Music From the Heart and The Children’s Heart Foundation. He has also been the recipient of songwriting awards from the Wisconsin Area Music Institute, Los Angeles Songwriters Showcase and Billboard Magazine.

Why I Choose To Sing The Blues was Derrick’s first solo album of original songs. It met with worldwide praise and launched him back into live performing. His current release, Hello Mojo! is produced by BMA winner Zac Harmon on the Catfood Records label.  This collection of original songs reflects Derrick Procell’s skill, sensibility, experience, and incredible musicianship.