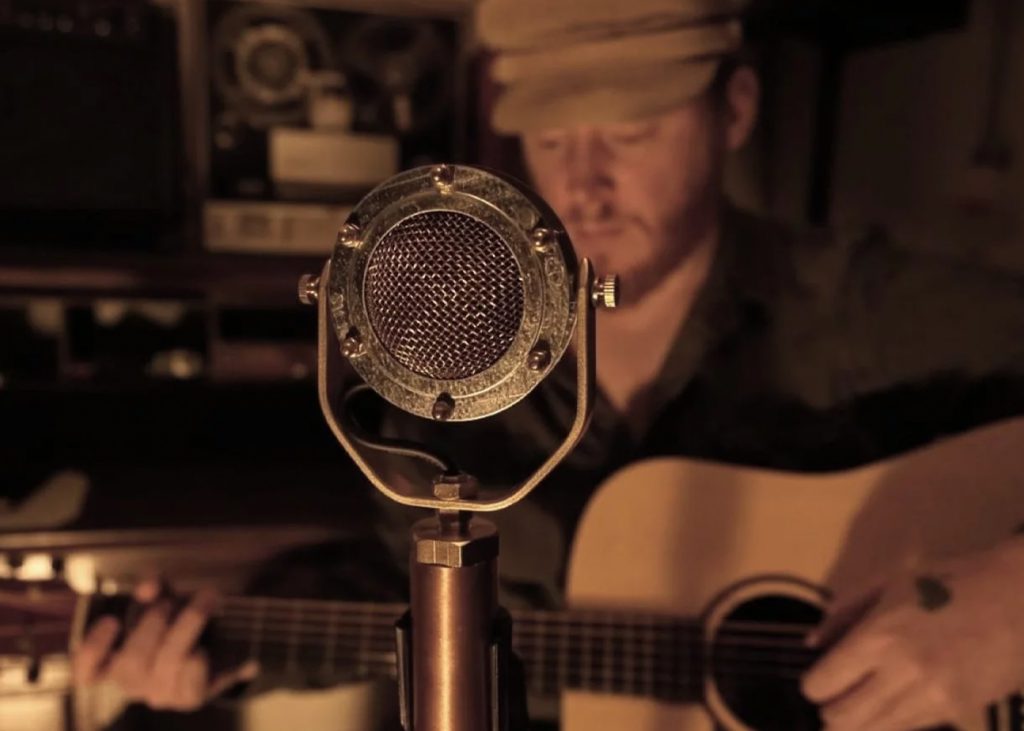 Many musicians are born from a musical family, some are born with connections to the entertainment world or with connections to the music industry itself, but that wouldn’t be true of Dylan’s story. Far from it, Dylan was the only musician, writer or performer within his council estate family home in Loughlinstown Wood, Co. Dublin, Ireland. At 14, while still in school, Dylan had his first paying job working at the local pub serving drinks & clearing tables. At 15, when Dylan’s school day ended, he would cycle to his uncle’s garage where he earned the money for his first guitar by filling cars with petrol, sweeping the garage floor & assisting the mechanics. Loughlinstown Wood itself, where Dylan was born & raised, didn’t have any kind of a musical community either, in fact, putting a sensitive or a creative side of yourself on show, at that time, would’ve attracted the wrong kind of attention from fellow locals. A scrap was more of a likely outcome than a sing song was. Over time, that turned around for Dylan, when he found a few neighbourhood & school friends who also wanted to explore music as a first hand experience. The basics of a band was formed, almost in secret, first at school, then at home. The responsibility of rehearsal space typically fell onto the drummer, as compact terraced housing presented its fair share of problems when it came to noise making. Eventually, a cheap rehearsal space was found in a newly built community prefab room. That was a turning point for all involved. The new space allowed for the band to let loose, invite their friends over, have drinking sessions & feel the full energy of what playing music had to offer. From then on, locals began to take an interest & show their support. Even the ruffians expressed camaraderie for what was happening, as they tried their hand at singing, while joining in on a drinking session at rehearsals. The band became a centre point for the community in some regards. The gigs were many & well attended, while the band went through several name changes & saw different members come & go. To have experienced music in this way, within a community, had a lasting effect on the band members themselves too. A highlight was opening for the Irish rock group Aslan on more than one occasion. The average age of band members, at that time, was 16. Dylan wasn’t a singer over this period, not publicly anyway. Dylan alternated between playing the drums & rhythm guitar throughout his mid to late teens, before moving onto performing as a solo singer-songwriter. After some years of performing at home in Ireland, Dylan lived out most of his 20s in London, where he would eventually become a full-time performing singer-songwriter.