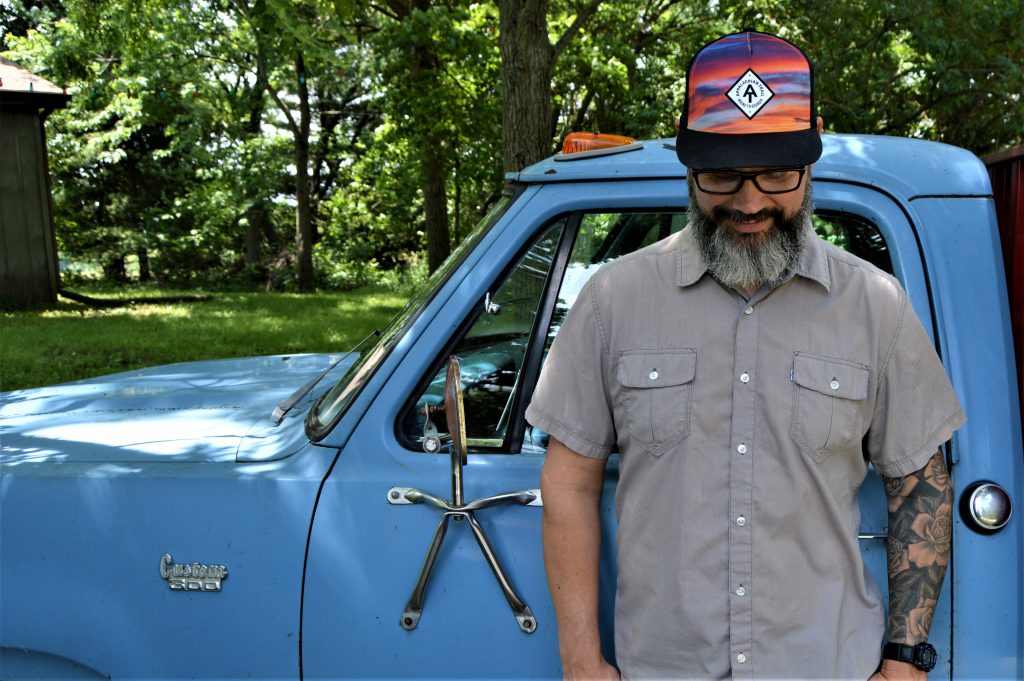 Edward David Anderson is an American songwriter and veteran of the road who spent his formative years fronting the revered Illinois band, Backyard Tire Fire.  Known for infectious melodies and memorable messages he penned 9 releases for the band and played countless shows across the US and Canada.

When the band went on hiatus in 2011 EDA continued to write and play solo and with his band Black Dirt Revival. Backyard Tire Fire returned to the stage to headline the inaugural Black Dirt Music Festival in 2019 and is currently booking select dates and festival plays. With a retooled lineup they released Black Dirt Blue Sky (EP) in Sept. of 2021, produced and written by EDA and released on his own Black Dirt Records in conjunction with The Royal Potato Family label.

His delivery in the live setting is dynamic and impactful showcasing a natural ability on banjo, acoustic/electric guitars and foot percussion. He defines his sound as Black Dirt Music. “Songs about people and places, about life and love and loss. It’s roots music, cultivated in the fertile soil of the Midwest.”

EDA released Live and Solo on Black Dirt Records on March 13, 2020.  His vocal prowess, lyrical wit and polished guitar picking shine through on the debut live album recorded in front of intimate and engaged sold out crowds over the course of two nights. Half the material is previously unreleased, with the other half spanning a prolific career of three decades.

While Live and Solo is a glorious representation of EDA in the live setting, his first three solo offerings Lies & Wishes (2014), The Loxley Sessions (2015) and Chasing Butterflies (2018) firmly establish him as a force to be reckoned with in the studio.

EDA has been featured on NPR’s World Cafe, has twice appeared on the nationally syndicated radio program Mountain Stage, as well as the PBS television show Sun Studio Sessions and has been in regular rotation on radio stations across the globe for two decades. Touring with the likes of Gov’t Mule and Rev Horton Heat, playing high profile festivals from Mountain Jam in NY to High Sierra in CA and consistently releasing interesting studio recordings has garnered the gifted songwriter & multi-instrumentalist critical praise & a national audience.

You can find him performing live as a solo artist, and with his bands Backyard Tire Fire, Black Dirt Revival and Alabama Getaway.