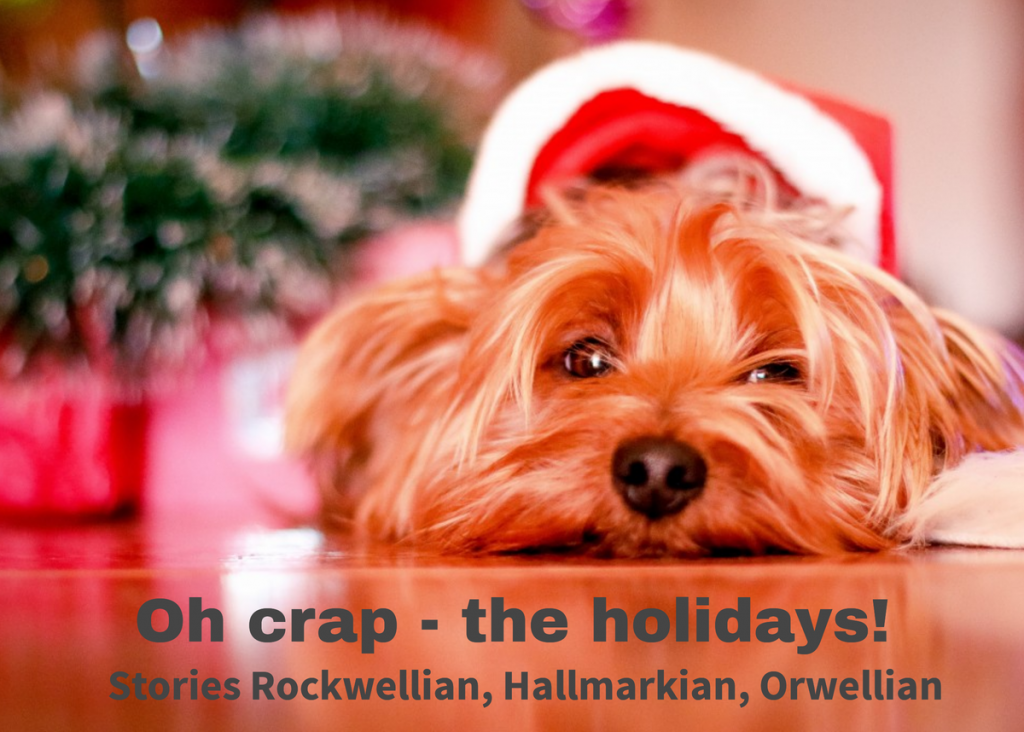 What is UP with the holidays? They take up more of our time and energy, but seem to give back less every year. This month, tellers deconstruct the most craziest time of the year with stories about New Year misfires, elfin mischief, Rudolph fixations, the gift of head lice, and of course…the traditional Christmas day murder. And, to celebrate the season, FPL Special Correspondent Chad the Bird from Chicago’s legendary Green Mill is dropping on by to tell us what’s what, holiday style! 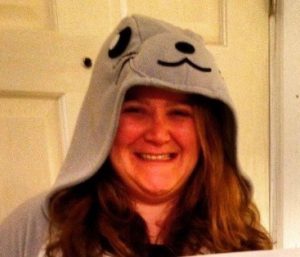 Lindsay Eanet is the executive director of a chamber of commerce and storyteller-about-town in Chicago (and now Arlington Heights!) She has a weakness for reality competition shows and cries an average of four times during every episode of American Ninja Warrior. Lindsay is also the host of I’ll Be There For You, a biweekly podcast about coping with life through pop culture.

Steve Glickman has been telling stories at weddings and funerals his whole life to wide critical acclaim. He is the co-host of the monthly open-mic storytelling show Do Not Submit at Uptown Underground in Chicago, and regularly performs
at storytelling shows around Chicago. Steve is a software engineer by day and a proud nerd. He loves classical music and can often be seen air-conducting whatever symphony or opera is playing on his iPod or in his head. He lives in the Uptown neighborhood of Chicago with his partner Mark and their imaginary dog Ruffles.

Diane Kastiel is the producer, director, and host of First Person Live. A writer and storyteller from Chicago, she’s a three-time winner of the National Public Radio’s Moth StorySLAM; her work has been featured on the Moth Radio Hour, its podcast, and at special events for WBEZ, NPR’s Chicago affiliate. Diane has told stories on stage at The Second City, the Park West, Victory Gardens and other theaters as well as comedy clubs, art galleries, the basement of a tattoo parlor – she even did a show in the middle of the woods! Since launching First Person Live, Diane has worked with libraries, businesses, community centers and homeless shelters to bring storytelling to a wider audience, and this fall began leading storytelling workshops at Northwestern University. Diane is an alumna of The Second City Conservatory and the University of Chicago’s Great Books program. She also has an MBA from Northwestern…just in case. 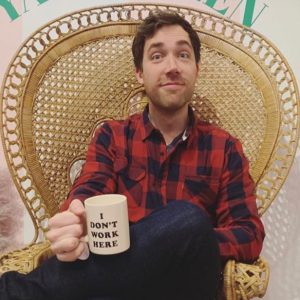 Bryan Kett is a copywriter who grew up in the suburbs of Chicago and currently lives in Los Angeles, trying to sell television pilots and become famous. He’s also active in the storytelling community in L.A. and Chicago, and a Moth StorySLAM winner and Grand Slam Champion. Bryan’s work has been featured on TED.com, The Moth podcast, and SoulPancake. He’s single and childless but earlier this year he bought a houseplant, and it’s going well. 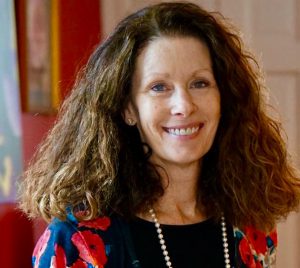 Ann Tennes has played numerous characters on stage – Dorothy from the Wizard of Oz, Alice in Wonderland, Susan B. Anthony, Cruella de Vil and more – but finds personal storytelling a greater challenge than any scripted role. While she gleans some storytelling ideas from her career in local government communications and service as a trustee on an area community college board, Ann’s best stories come from life with her family, including daughter Carly, a 20-something red-headed spitfire who has already provided a lifetime of material. Ann is the Director of Marketing & Communications for the village of Skokie and regularly speaks at local and national government communications symposiums. She enjoys bringing people together for meals around her big dining room table, playing tennis, sneaking off to New York for weekends with Carly, and inventing new cookie recipes. 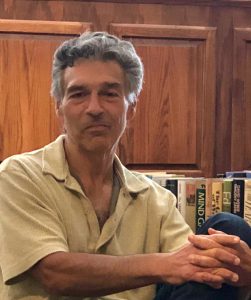 Paul Teodo is a retired healthcare executive. Born and raised on Chicago’s south side, he’s been telling stories in real life for 65 years and on stage for the past six. Paul is a five-time Moth StorySLAM winner and a Moth GrandSLAM Champion, invited to perform in New York at the prestigious Moth Ball and featured on CBS Sunday Morning. Paul’s first novel, “Pastaman,” is available on Amazon and he is working on a second one. Paul raised two great sons as a single dad and is a lifelong dog lover. 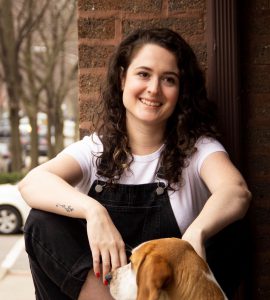 Grace Topinka is from Miami, but has been living in Chicago for eight years. (And no, she’s still not used to the cold.) She works as a production accountant, where her most important duty is petting the office dogs. She’s also the co-host of Two Girls, One Crossword podcast and a regular at Moth StorySLAMs. Grace also spends a lot of time paying late fees at the library and on escape room leaderboards across the city. 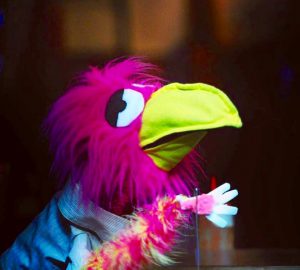 FPL Special Correspondent Chad the Bird is a journalist, podcaster and contributing writer to several publications including the Chicago Reader. He has been bringing so much logic and truth to his Op-Ed columns and other writings, you’d think he has a mission. And you’d be right but you gotta figure it out for yourself so follow him on Twitter, Instagram, Facebook and Chad the Podcast on iTunes – or you could get your lazy butt off the Weekend Couch and head to the Green Mill EVERY Saturday at 3:00 for The Paper Machete and catch him live in the pink with opinions made just for you. He would like to thank you cuz you know what you did.

Chad the Bird is brought to you by Josh Zagoren, artistic director of Wildclaw Theater, Chicago’s premier horror theater www.wildclawtheatre.com

Adam Bottner is a former litigator and current director of business development for a legal technology company. Born in New York, lived in Pittsburgh, and raised in unincorporated Des Plaines (“the third city”), Adam is a frequent at Moth StorySLAM teller and recent winner. He’s also a graduate of the Second City training center and has written multiple screenplays, including his most recent, “Searching for Frenchy Fuqua.” Adam is the father of two amazing sons and the former owner of Freddy, an eyelash-crested gecko, whom he misses very much