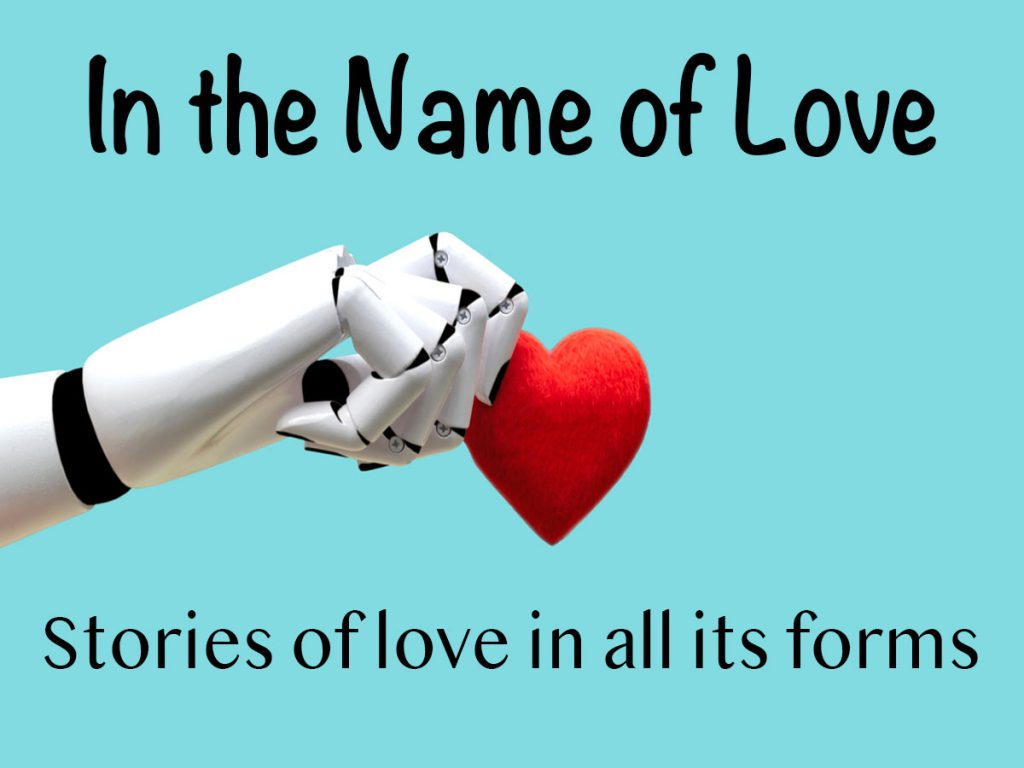 It’s a brand new year and a whole new decade – so let’s kick 2020 off with LOVE: Stories about lost love, found love, tough love, crazy love, sexy love, obsessive love, and both kinds of puppy love (think about it). 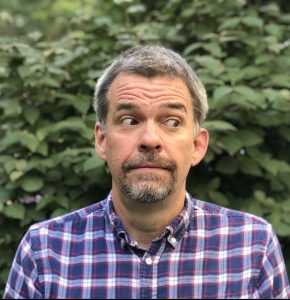 Kevin Biolsi is a statistician who enjoys brewing beer and, every few years, attempting to learn to play the banjo. He first told stories in front of an audience in 2016 and found it to be more exhilarating than any drugs he’s ever taken – though to be honest, those have been almost exclusively analgesics and anti-inflammatories. Kevin is a regular at The Moth, First Person Live, and other storytelling shows around Chicago.

Nancy Burkholder has one foot in the arts and the other in the madcap world of marketing. A marketing research consultant and part of the creative team behind the long-running show Late Nite Catechism, she understands the importance of following your artistic dreams while having a sensible fallback plan. Her stint in the record business put her pop music fixation to good use in a pre-Google world and provides some pretty interesting stories. As a kid she saw the Beatles live and has the $2.50 ticket-stub to prove it! 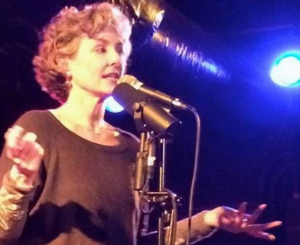 Diane Kastiel is the producer, director, and host of First Person Live. A writer and storyteller from Chicago, she’s a three-time winner of the National Public Radio’s Moth StorySLAM; her work has been featured on the Moth Radio Hour, its podcast, and at special events for WBEZ, NPR’s Chicago affiliate. Diane has told stories on stage at The Second City, the Park West, Victory Gardens and other theaters as well as comedy clubs, art galleries, the basement of a tattoo parlor – she even did a show in the middle of the woods! Since launching First Person Live, Diane has worked with libraries, businesses, community centers and homeless shelters to bring storytelling to a wider audience, and this fall began leading storytelling workshops at Northwestern University. Diane is an alumna of The Second City Conservatory and the University of Chicago’s Great Books program. She also has an MBA from Northwestern…just in case. 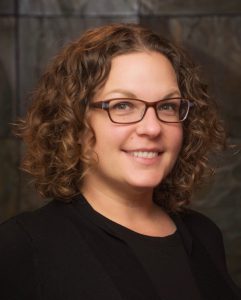 Lauren Kelliher spent the last 15 years realizing the similarities between rescuing dogs and teaching English to high school and college students. She has taken photos of thousands of dogs and is now writing and editing for an educational psychology firm. Lauren got into storytelling in 2017 when she started writing down her crazy adventures from dog rescue. Since then, she has told stories at The Moth and was an open mic performer at First Person. She even included an storytelling open mic for family and friends at her 40th birthday party! Lauren lives in the Buffalo Grove with her husband of 17 years, their three rescued dogs, and at least one foster dog. 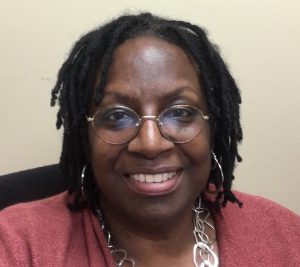 Phyllis Porché was born and raised on the south side of Chicago. She teaches English composition at a small technical college and writes fiction in her spare time. An avid listener of NPR’s Moth Radio Hour, Phyllis finally mustered the nerve to compete in a Moth StorySLAM – and won! Phyllis credits her parents with her love of reading and writing, and is regularly inspired by her muses: strong coffee, meditation, and milk chocolate Hershey’s Kisses. 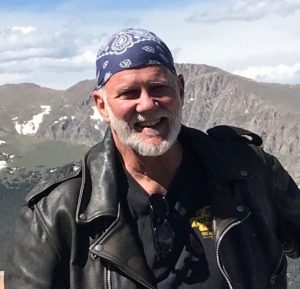 Scott Schoeller has had many different jobs while growing up in Skokie. He worked on the back of a garbage truck and wore a short-haired wig at Dominicks so he wouldn’t have to cut his 1970s shoulder-length hair. He started his landscape/snow removal from the back of his car in 1976 and now has 25-plus employees. He picked up a police Harley at an auction in 2002 and is now an instructor for IDOTs Motorcycle Safety Program. years ago, Scott is new to storytelling, grabbing an open mic when he can. His philosophy: “What can be better than taking those awkward moments in life and sharing them with a roomful of people?” Scott is a long-time fan of First Person Live and thrilled to make his debut as a featured teller tonight. 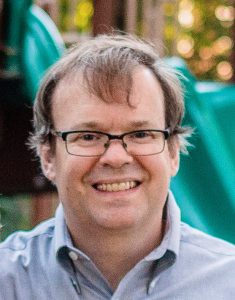 Tim Schreiber has been a meat clerk, a pizza driver, a busboy, a library assistant, a columnist, a reporter, a student, a fellow, a teacher, a reference librarian, and a landlord – but he’s given all of that up (for the time being) to stay home with his two young children. Although he has been writing and telling stories all his life, Tim just recently caught the bug of formal storytelling in front of a live audience, completing in Moth StorySLAMs and appearing regularly at First Person Live. 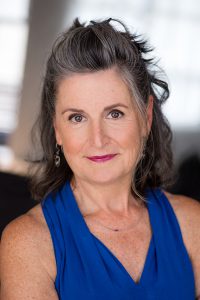 Francesca Sobrer comes to Chicago via Bloomington, Indiana where she was director and teacher at North Theatre for more than 20 years. An east coaster, she is the girl from Nantucket, where there are more stories than limericks. She now divides her time between her two adopted cities, trying to make up her mind. In addition to writing, teaching, and acting, Fracesca is always a mom to her three fabulous, grown children. A recent Moth StorySLAM winner, Francesca is working on a collection of stories that will prove that there is a running sit-com about her life in a parallel universe.