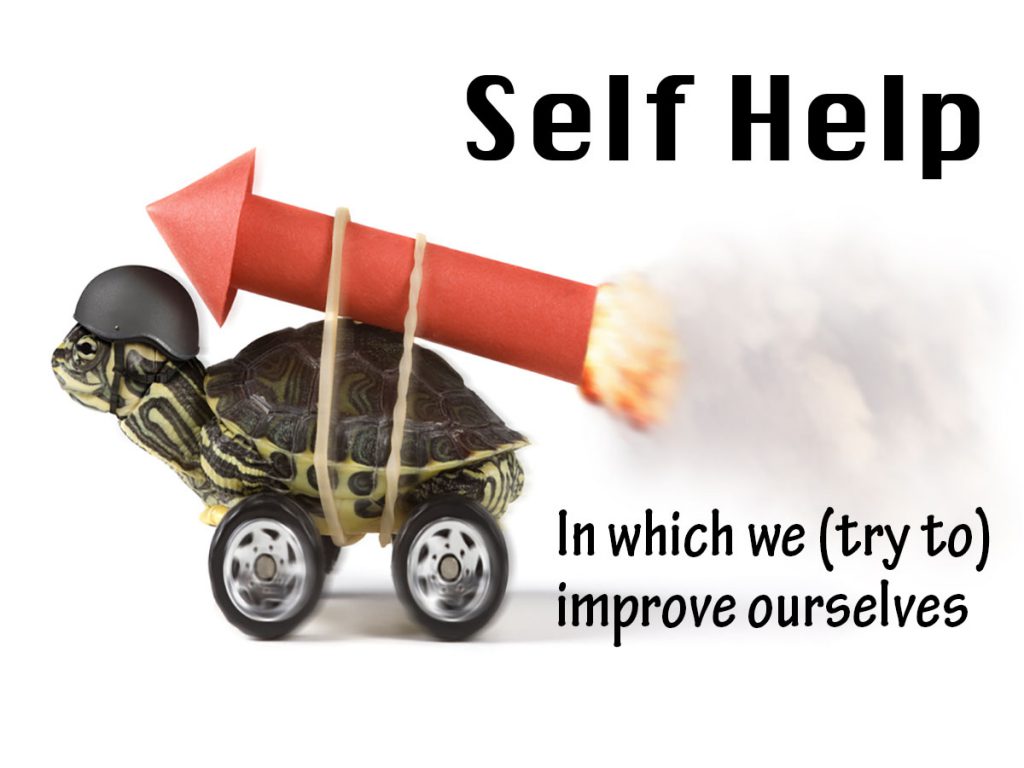 Storytelling for adults is hot-hot-hot in Chicago, with shows like The Moth packing houses nightly. First Person Live brings this unique form of entertainment, self-expression and community building to the suburbs in a show featuring the best of Chicago talent as well as local folks. Hosted by 3-time Moth StorySLAM winner Diane Kastiel, this is real people telling real stories from their lives – a new group of tellers and a different theme each month. More at www.firstpersonlive.com 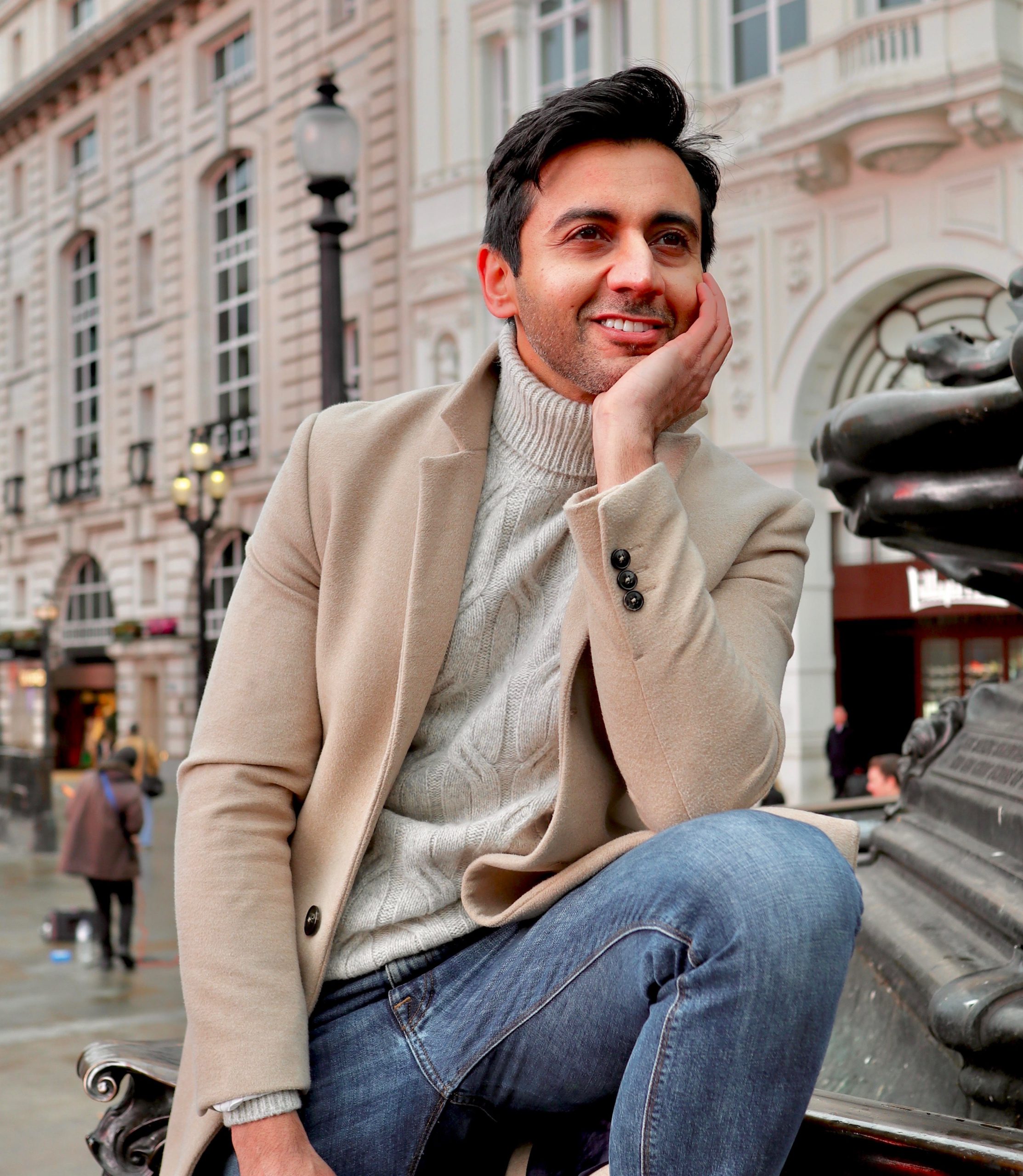 Hamid Bashir, MD is a rheumatologist with a keen interest in inflammatory autoimmune conditions. He is also a proud immigrant to the United States with roots in Pakistan and the Middle East. Since moving here, Hamid has become seriously interested in transculturalism, diversity, and finding common ground with people from all walks of life. He is also a music creator, songwriter, and accidental singer, and works with Chicago’s s 10MGMT modeling agency for acting and talent work when he has time (!). Above all, Hamid loves to travel and tries to go on unique adventures as often as he can. He makes awesome Pakistani food and chai, and his favorite snack is the Persian cucumber – sweet, crunchy and healthy! 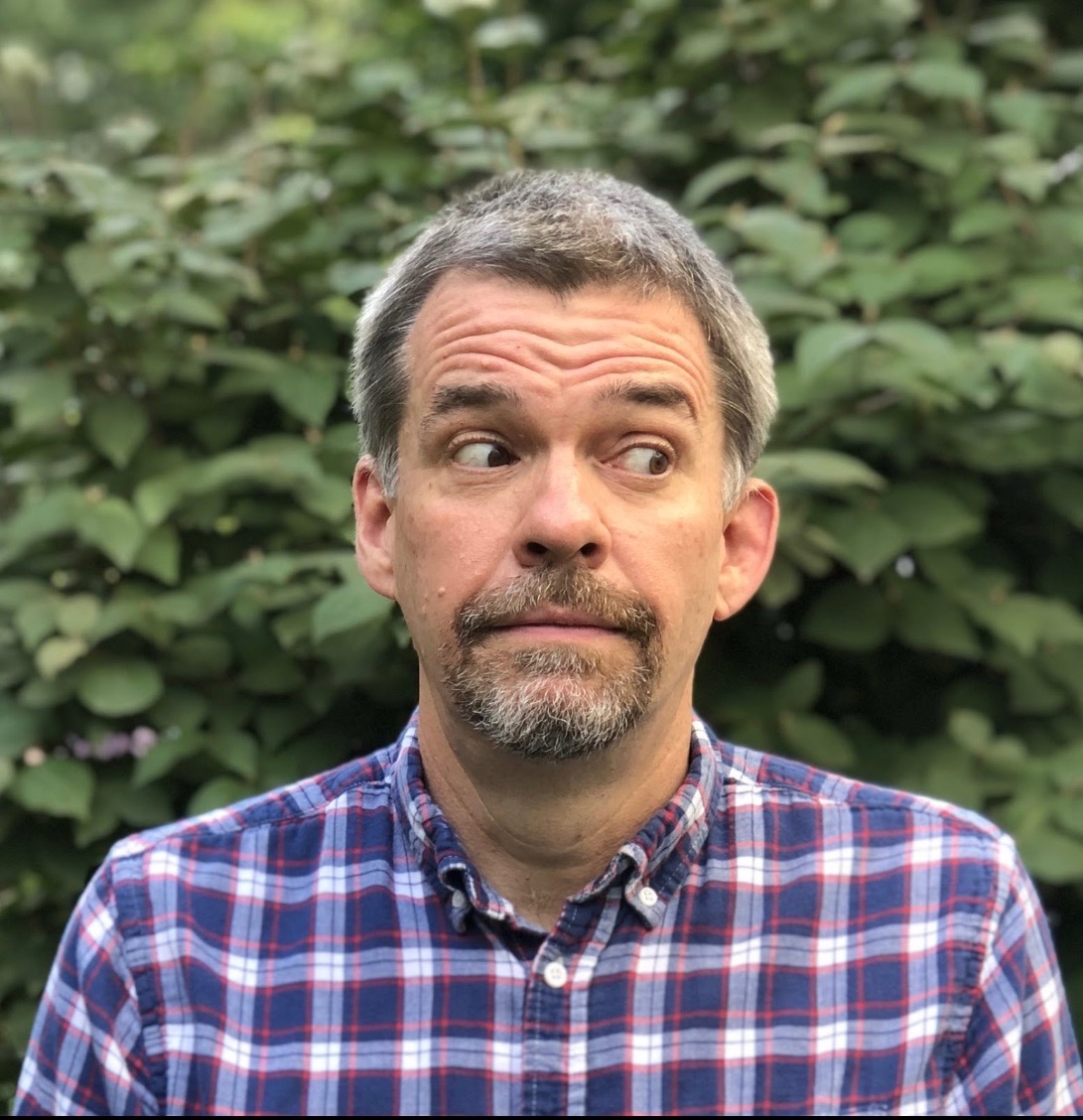 Kevin Biolsi is a statistician who enjoys brewing beer and, every few years, attempting to learn to play the banjo. He first told stories in front of an audience in 2016 and found it to be more exhilarating than any drugs he’s ever taken – though to be honest, those have been almost exclusively analgesics and anti-inflammatories. Kevin is a regular at The Moth, First Person Live, and other storytelling shows around Chicago. 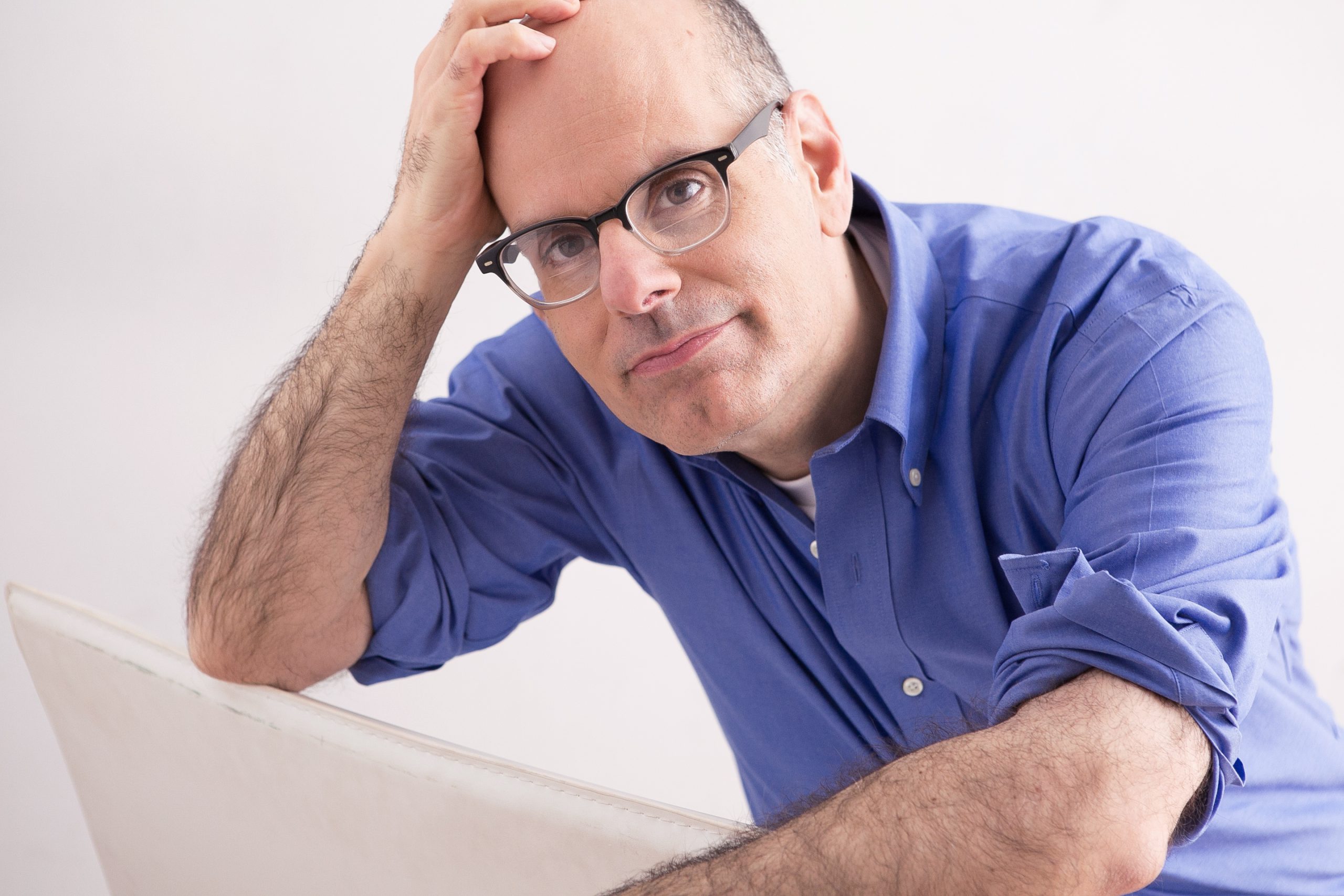 Jimmy Carrane is the host of the popular podcast Improv Nerd and former host of Studio 312 on WBEZ. He has performed numerous one-man shows including “Living In a Dwarf’s House” at The Second City and “I am 27, I still live at home and sell office supplies,” at The Annoyance Theater. He has been teaching and performing improv in Chicago for more than 25 years and also offers private coaching. For more about Jimmy, visit his website at jimmycarrane.com. 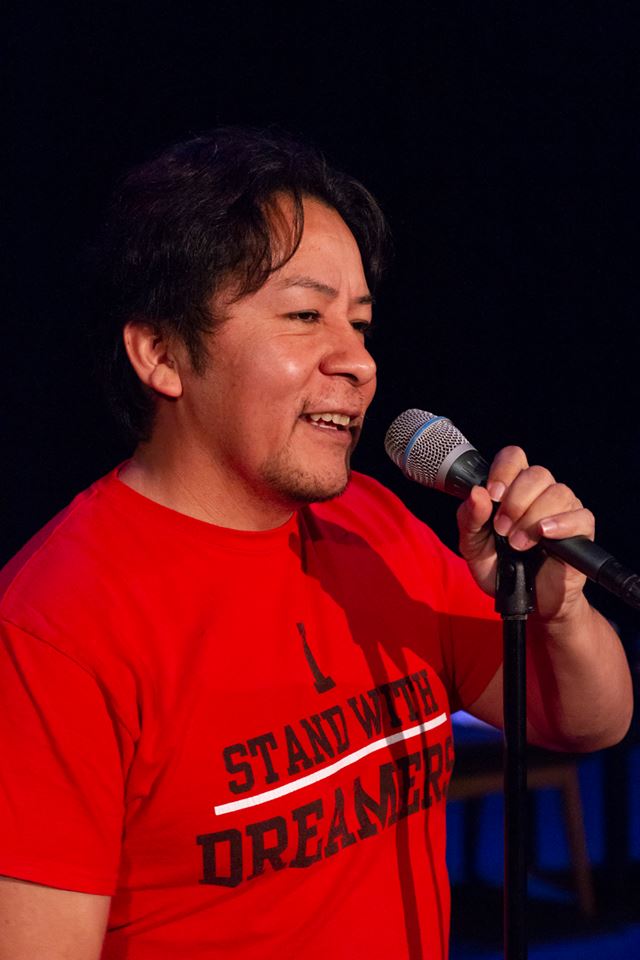 Nestor Gomez was born in Guatemala and moved to Chicago in the mid-80s. He told his first story at a Moth StorySLAM as a way to get over stuttering. He won the slam that night and currently holds the record for most Chicago Moth StorySLAM wins. He’s also the producer and host of 80 Minutes Around the World: an Immigration Storytelling Show, which showcases stories of immigrants and their allies. But if you ask him, he will say his greatest achievements are making his mother proud and winning the heart of his wife, Sweet Mel. 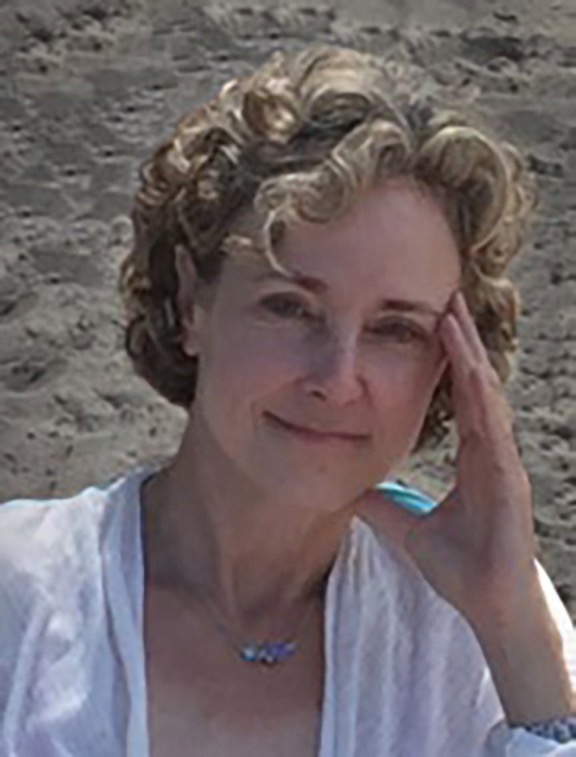 Diane Kastiel is the producer, director, and host of First Person Live. A writer and storyteller from Chicago, she’s a three-time winner of the National Public Radio’s Moth StorySLAM; her work has been featured on The Moth Radio Hour, its podcast, and at special events for WBEZ, NPR’s Chicago affiliate. Diane has told stories on stage at The Second City, the Park West, Victory Gardens and other theaters as well as comedy clubs, art galleries, the basement of a tattoo parlor – she even did a show in the middle of the woods! Since launching First Person Live, Diane has worked with libraries, community centers, and homeless shelters to bring storytelling to new populations, and leads regular storytelling workshops at Northwestern University. Diane is an alumna of The Second City Conservatory and the University of Chicago’s Great Books program. She also has an MBA from Northwestern…just in case. 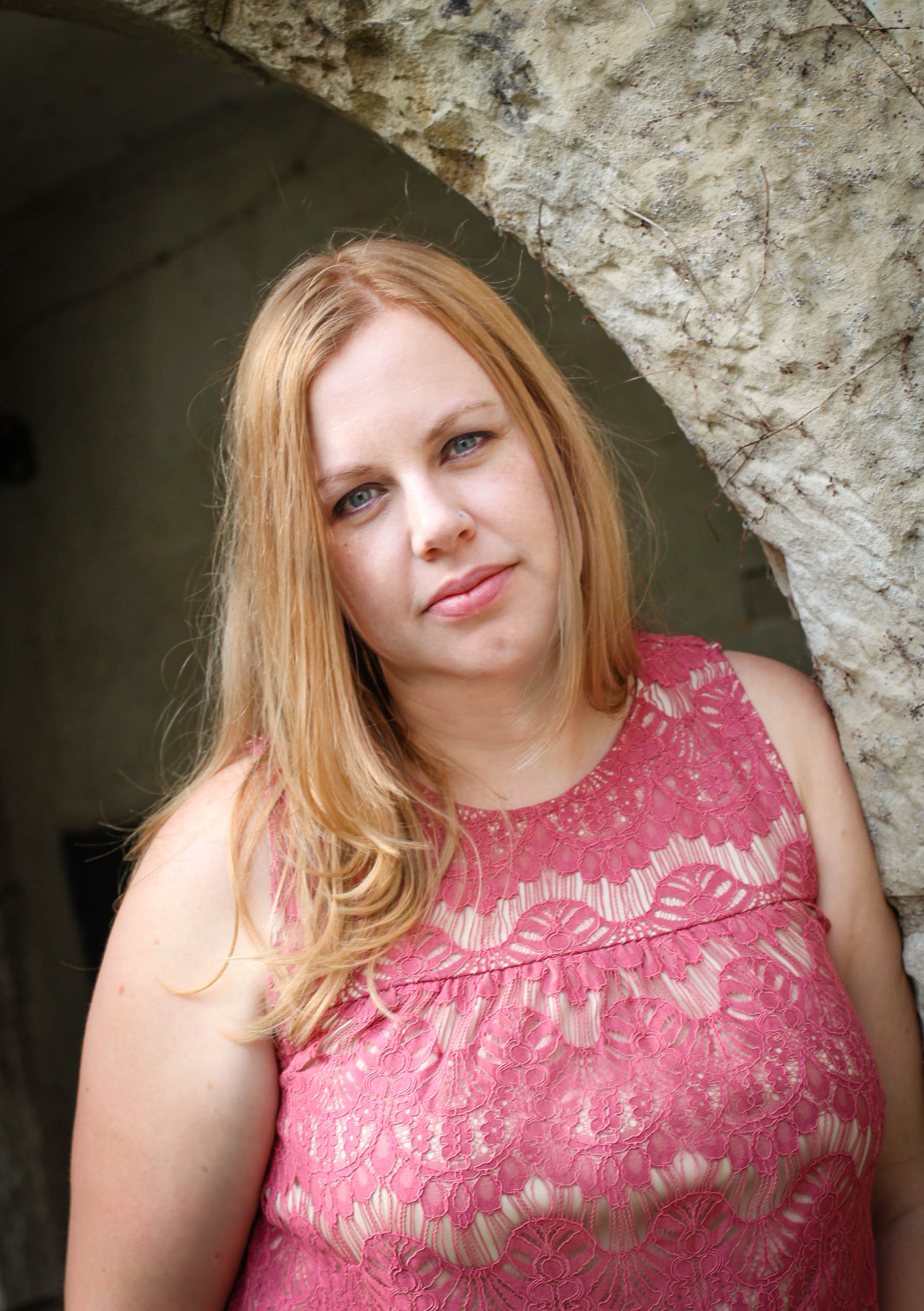 Kristin Mesikapp is a former elementary school teacher who now works behind the scenes setting up online classes for a university. In 2018, Kristin started running to counteract the effects of sitting at a computer all day. When not working or running, she can be found knitting, watching reality TV, or attempting improv comedy. This is Kristin’s debut at First Person Live. 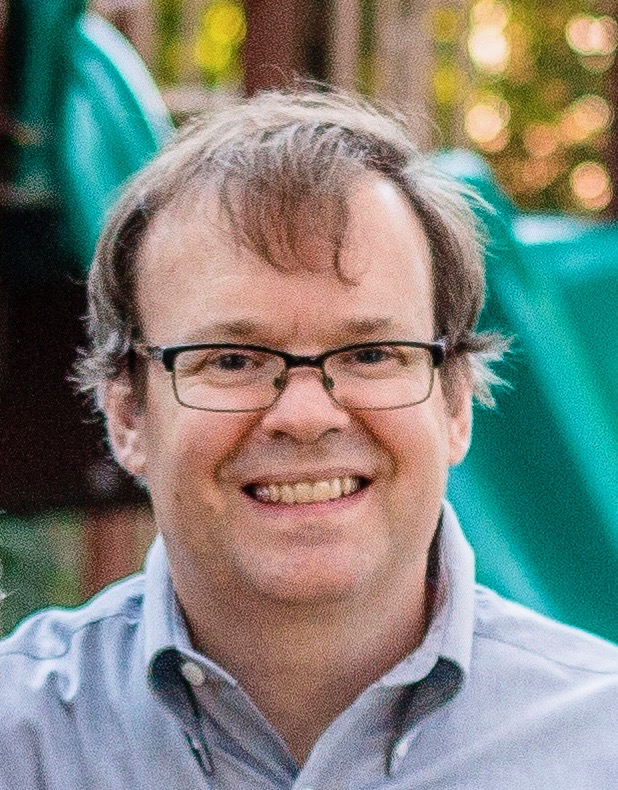 Tim Schreiber has been a meat clerk, pizza driver, busboy, library assistant, columnist, reporter, student, teacher, reference librarian, and landlord – but he’s given all of that up (for the time being) to stay home with his two young children. Although he has been writing and telling stories all his life, Tim just recently caught the bug of storytelling in front of a live audience, competing in Moth StorySLAMs and appearing regularly at First Person Live. 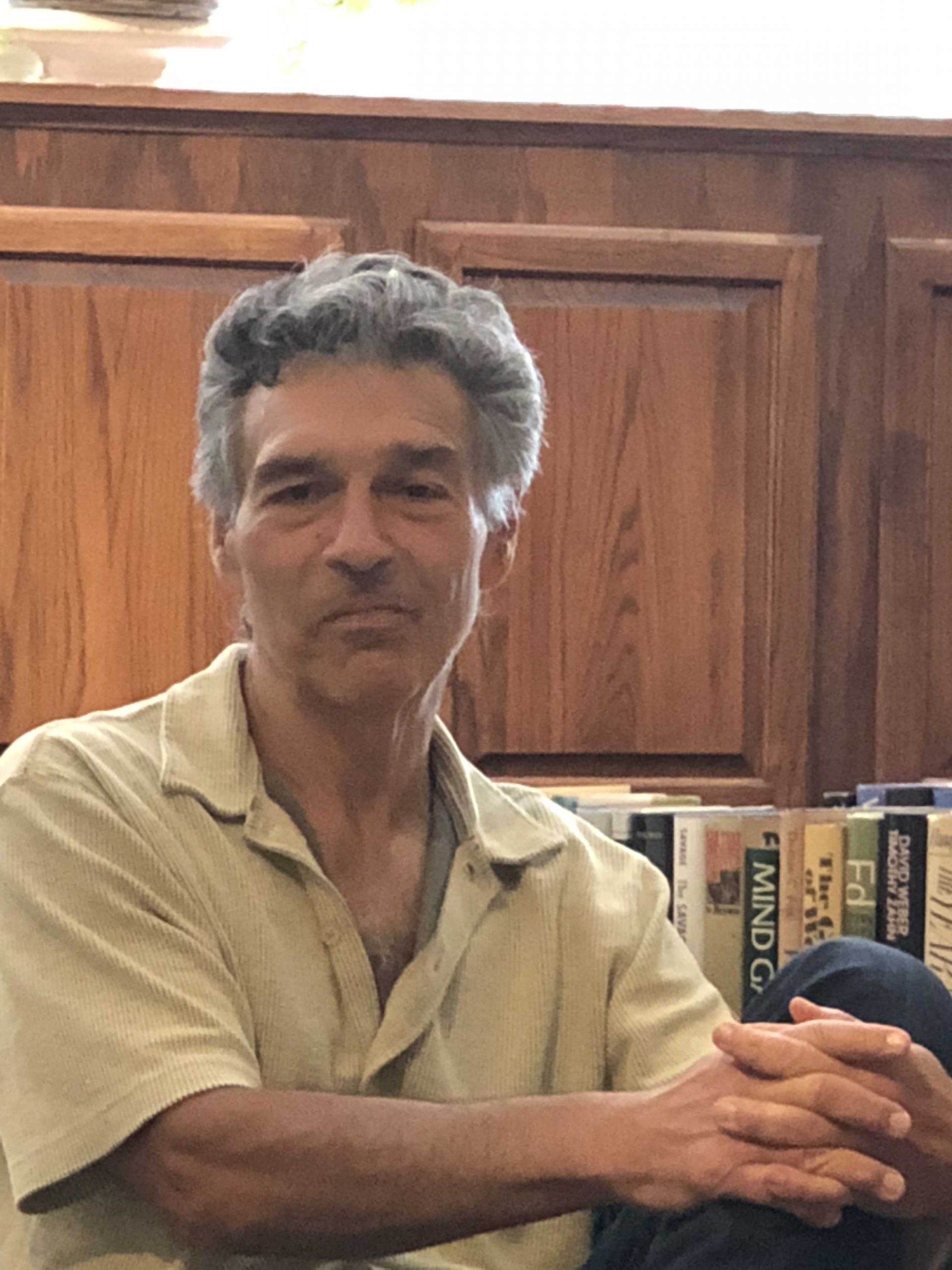 Paul Teodo is a retired healthcare executive. Born and raised on Chicago’s south side, he’s been telling stories in real life for 65 years and on stage for the past six. Paul is a five-time Moth StorySLAM winner and a Moth GrandSLAM Champion, invited to perform in New York at the prestigious Moth Ball and featured on CBS Sunday Morning. His first novel, “Pastaman,” is available on Amazon and he is working on a second one. Paul raised two great sons as a single dad and is a lifelong dog lover.