Hear Chicago’s own Gaudete Brass play Christmas tunes live at Hey Nonny, and find out why brass music and Christmas are a classic combination!

The Gaudete Brass is made up of five musicians who believe strongly in the expressive and communicative power of brass chamber music. Since 2004 the quintet has engaged in creatively expanding the brass quintet repertoire, developing unique programs that have resonated with chamber music audiences all over the country.

The group has engaged in live performances at venues such as Symphony Space and Merkin Hall in New York City and Millennium Park in Chicago, commissioned new works from noted composers such as Stacy Garrop, David Sampson, Jonathan Newman, Kile Smith, John Mackey, and Alice Jones, and appeared on radio broadcasts on WFMT in Chicago, WQXR in New York, and Nashville Public Radio. In the 2020-2021 season Gaudete received a grant from Chamber Music America for a series of online concerts broadcast live from our homes using the open source software Jacktrip.

Gaudete has also presented educational programs and concerts at prominent institutions including The Juilliard School and the Eastman School of Music, community outreach concerts for the Quad City Arts and the Virginia Arts Festival, and has enjoyed multi-year ensemble-in-residence positions at Carthage College and Roosevelt University’s Chicago College of Performing Arts.

Gaudete (gow-day-tay) is a form of the Latin word for “Joy.” We support the idea that chamber music, even (and perhaps especially) the serious kind, can powerfully communicate both the poignant and the exuberant. 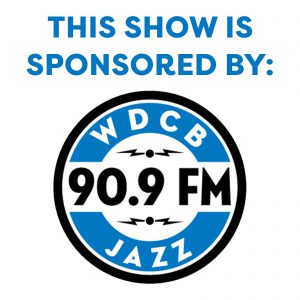