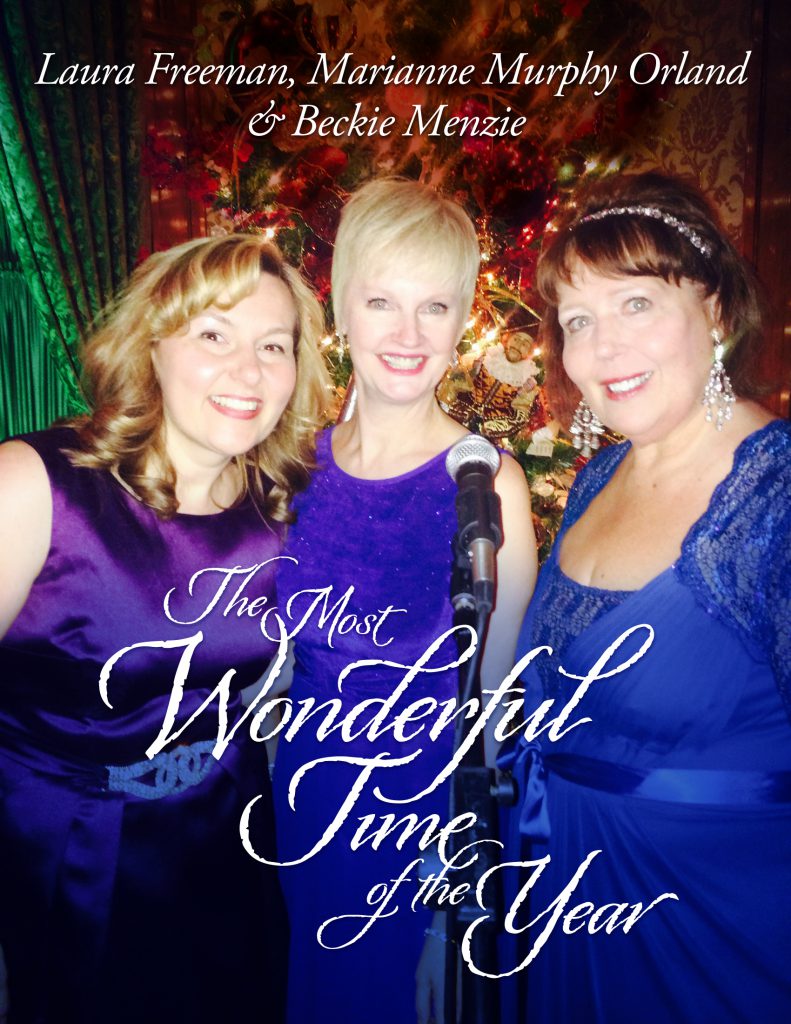 Girls Like Us: The Most Wonderful Time of the Year

Laura Freeman, creator of tributes to Doris Day and Julie Andrews, Laura has toured the US and Europe extensively in such productions as Into the Woods and Joseph and the Amazing Technicolor Dreamcoat. Locally she has worked at Chicago Dramatists, Theatre at the Center, Ravinia, The Metropolis, Freedom Hall and various concert venues throughout the Midwest. You can find her CD, Something Cool, on ITunes and Amazon. www.laurafreemansings.com

Beckie Menzie is an award winning concert artist and has appeared at some of the nation’s top venues including Carnegie Hall, Lincoln Center and Birdland in NYC; and Chicago’s Auditorium Theatre and Park West.  Hailed as “indispensible to Chicago Cabaret” (Chicago Tribune), Beckie’s Carnegie Hall debut was featured in Michael Feinstein’s Now & Then Series. She tours the Midwest and US with Tom Michael and they have been called ‘ one of the most compelling duos in cabaret” www.beckiemenzie.com

Marianne Murphy-Orland has performed as a Cabaret artist, Voice actor, Show band and Society Orchestra singer, locally and nationally, since your last 8-track tape got jammed in the machine. Notable venues for critically acclaimed and sold out performances have included: Chicago’s famed Auditorium Theatre, Park West, Victory Gardens, Drury Lane, The Acorn, Omaha Playhouse, Davenport’s Piano Bar and Cabaret, Metropolis Center for Performing Arts, Skokie Theatre, multiple college fine arts seasons (including, of course, Moraine Valley’s Fine and Performing Arts Center), various clubs and salon series in the US and Europe, and even the occasional private party on NYC’s Central Park West. Well, La di da! Known for her popular tribute shows, If I Were a Carpenter: the Life and Music of Karen Carpenter, and Pet Project: the Remarkable Petula Clark and From Rags to Rhinestones: The Inspiring Life of Dolly Parton.  Marianne has been privileged to sing the national anthem for both the Chicago Cubs and White Sox and has been heard as the voice of various dolls, toys, commercials, corporate phone systems, and even the Dolphin Show at Brookfield Zoo.