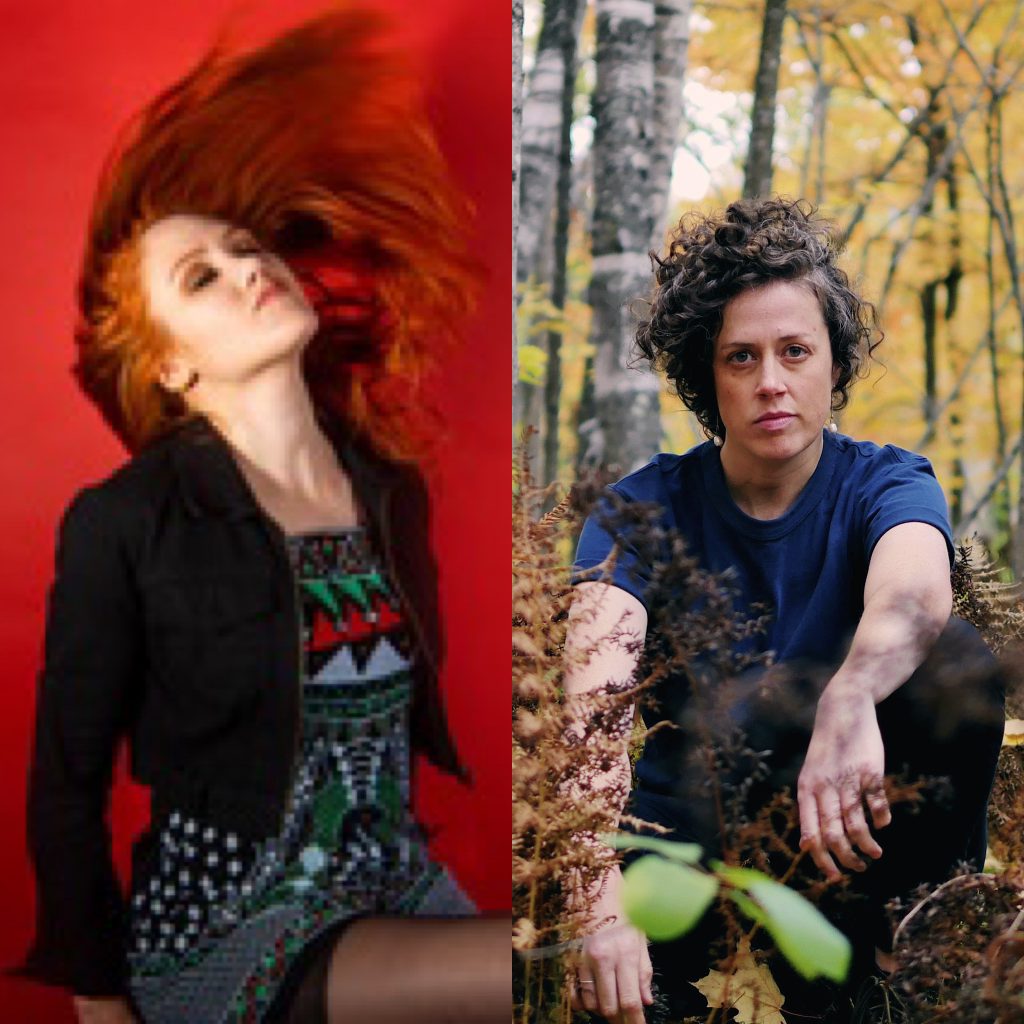 Grace epitomizes the term singer/songwriter. As a singer, her voice is both powerful and beautiful, and she uses it like a fine arts painter to color and craft her songs. American Songwriter Magazine wrote “As a decorated songwriter, Pettis blurs the lines between country, Americana and folk. Her soulful delivery of calculated lyric lines helps her tell stories for all generations.” Her songs have been recorded by many esteemed artists, including Sara Hickman and Ruthie Foster. Grace explains, “The songs that ring the truest often come from my own feelings and memories. People need upbeat songs they can dance to, but they need sad songs, too. Hard songs. The songs that are the hardest and most painful to write seem to be the most healing. I write from wherever I happen to be. If I’m happy, I write a happy song. If I’m sad, I write a sad song. If the world is on fire, so are my songs.”

Rachael Kilgour is a Canadian-American songwriter and performing artist whose plain-spoken, lyric-driven work and intimate performances have endeared her to listeners and fellow artists alike. The 2015 grand prize winner of the international NewSong Music Performance & Songwriting Competition and winner of the 2017 Kerrville New Folk Contest, Kilgour has been featured at NYC’s Lincoln Center, at The Kennedy Center in Washington D.C. and at the Sundance Film Festival.
Married in her early twenties, Kilgour devoted her young adulthood to parenting her stepchild and building family and community. Her work from that time (Self-Titled 2008, Will You Marry Me?  2011, Whistleblower’s Manifesto 2013) chronicled her life as a young parent in a same-sex partnership and addressed sociopolitical issues from government corruption to income inequality and religious hypocrisy. Kilgour’s music career took a backseat during those years as she lived a slow, home-focused life.
In 2014, divorce brought an unwanted end to her role as a member of the family she had helped to grow. In the aftermath, Kilgour found solace in songwriting. Her third full-length album, Rabbit in the Road (2017), was born out of that time.
Called “…a heartfelt slice of master crafted indie folk brimming with the battle-tested capacity to endure the worst in others” by Billboard, Rabbit in the Road took an intimate and often painful look at the failed marriage and loss of family. Kilgour’s writing and delivery cut deep, with resolute simplicity. Ravelin Magazine observed “this sort of metonymic ability to evoke the whole of someone or the entirety of a feeling is typical of Kilgour’s poetic songwriting.”
In February of 2019, Kilgour followed up with the release of her new EP, Game Changer. The aptly titled work examines the artist’s tentative first steps into a new existence, post-heartbreak. With a clear head, Kilgour touched on the complicated nature of romance and relationship, set up a stunning defense of queer love, and reassessed her priorities as a citizen of a changing wider world.

Kilgour was awarded a Minnesota State Arts Board Grant in 2020 to focus on a songwriting project about the life and recent death of her father. The delicately crafted songs explore identity, inheritance and grief in the wake of a parent’s death. “My father loved me, when he could not love himself” Kilgour sings, examining both the gifts and demons left to her by her father. The collection of songs will be recorded in Toronto in 2022 with two-time Juno Award winning artist Rose Cousins as producer.