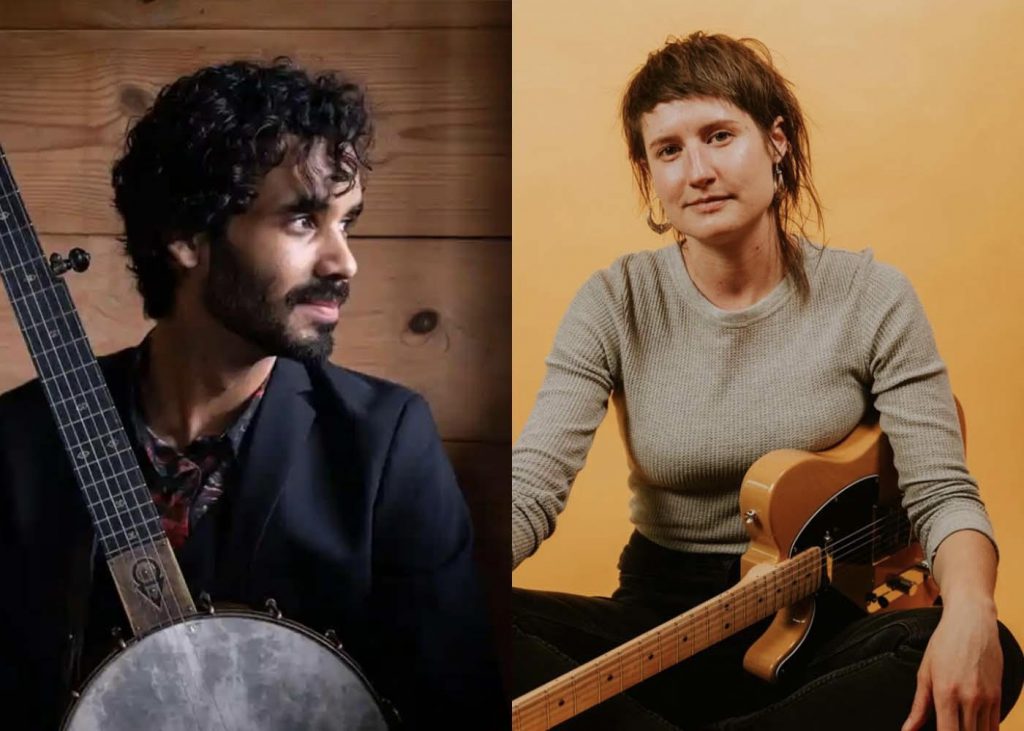 Jake Blount is an award-winning banjoist, fiddler, singer and ethnomusicologist based in Providence, RI.  He is half of the internationally touring duo Tui, a 2020 recipient of the Steve Martin Banjo Prize, and a board member of Bluegrass Pride. He is a two-time winner and many-time finalist of the Appalachian String Band Music Festival (better known as Clifftop). Blount specializes in the music of Black communities in the southeastern United States, and in the regional style of the Finger Lakes. A versatile performer, Blount interpolates blues, bluegrass and spirituals into the old-time string band tradition he belongs to. He foregrounds the experiences of queer people and people of color in his work. His teachers include Rhiannon Giddens, Bruce Molsky and Judy Hyman. Blount has shared his music and research at the Newport Folk Festival, the Smithsonian Institution and Yale University, among other venues and institutions.

Laurel Premo is known for her rhythmically deep and rapt delivery of roots music on fiddle, guitar, and vocals. Her solo performances dive deep into traditional and new fiddle music, musically revealing a bloom of underlying harmonic drones, minimalist repetition, and rich polyrhythms. Presenting these sounds on finger style electric guitar and fiddle, Premo fully leans in to the archaic melodies and in-between intonations that connect folk sounds to the mystic and unknown.