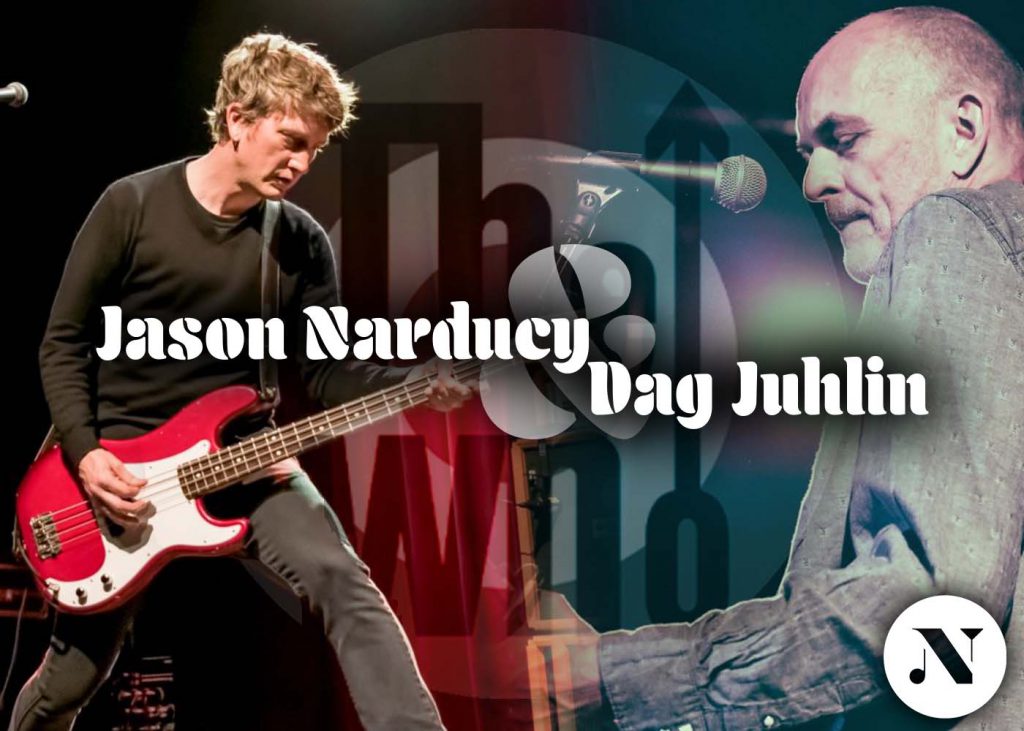 Pete Townshend founded The Who, and wrote over 100 songs including rock operas Tommy and Quadrophenia.  On May 19, 2021 well known rock veterans Dag Juhlin and Jason Narducy will lead a performance/party at Hey Nonny in honor of Townshend’s 76th birthday.

Dag Juhlin is a Chicago creative institution and a worldwide musical favorite.  In the early 80’s, he hit it hard with his raucously melodic band The Slugs.  From 1993-1999 and from 2009 to the present, Dag has been an integral member of the great Poi Dog Pondering.  Lately, Dag’s musical adventures include his lively cover band, Expo 76, playing with former Cubs, now Sox announcer Len Kasper in Sonic45, and the Sunshine Boys (with Freda Love Smith and Jackie Schimmel), who released a sparkling new album in 2020.  That’s not enough, though – Dag also appears regularly on Steve Dahl’s ongoing podcast, as well as many other writing projects.

Jason Narducy is kind of at the heart of indie rock:  he’s played with Bob Mould, Robert Pollard, Superchunk, Britt Daniel and Telekinesis, and, strangely enough, was the inspiration for Dave Grohl devoting his life to music.  He began music life in Chicago as co-founder of punk band Verböten, and then moved to be frontman/songwriter/guitarist for Verbow.  After a tour of duty as bassist for some of the above performers, he came back to Chicago, where, among other projects, Jason is the frontman for great Chicago band Split Single.