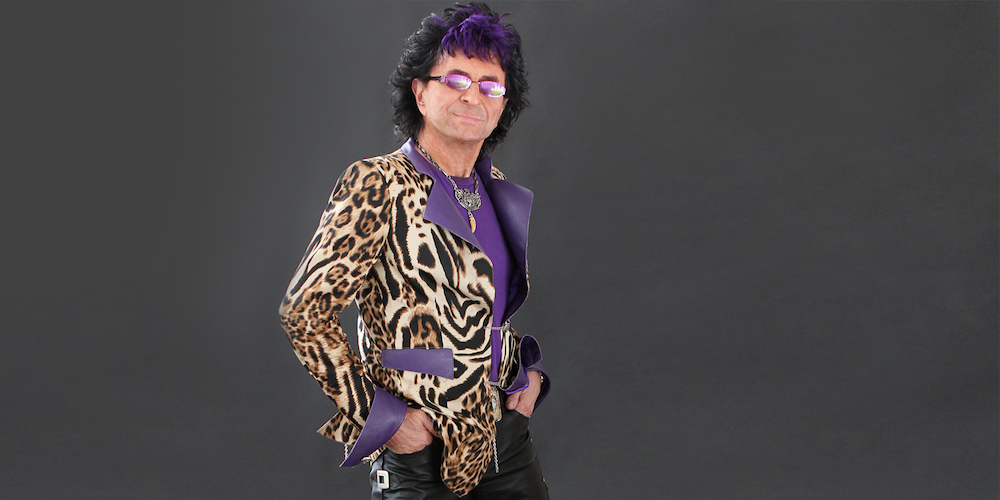 What do groups and artists such as Survivor, The Ides Of March, 38Special, Sammy Hagar and The Beach Boys all have in common: the uncommon songwriting, vocal and production talents of Jim Peterik. Jim was born in Berwyn, Illinois, a singularly unhip suburb just west of Chicago. It was there that he put together his first band, The Ides Of March made up of high school pals. As the band’s lead vocalist and lead singer, the band struck gold in 1970 when the Peterik-penned, brass fueled smash “Vehicle” (who can forget it’s call to arms brass riff and the now iconic opening life-“I’m the friendly stranger in the black sedan-won’t you hop inside my car”) hit #2 on the Billboard chart. Just out of high school the band was thrust into the limelight doing shows shows with the likes of Led Zeppelin, The Grateful Dead, Janis Joplin and many more. In 1977 Jim helped to put together what was to become one of the  premier rock bands of the 80’s, Survivor. After two critically acclaimed albums Jim received the call that was to change his fortunes forever. “Hey yo, Jim it’s Sylvester Stallone-I got this new movie and I like your band.” With worldwide sales now reaching 30 million, the Peterik-Sullivan penned anthem Eye Of The Tiger became not only the title song of Rocky lll, but in the year 2014 it is now perhaps the most popular motivational anthem of all time. Eight more top ten Survivor hits followed with songs such as “The Search Is Over”. “High On You”and the theme from Rocky IV, “Burning Heart.”In the meantime, Jim Peterik’s songwriting and collaborative skills garnered him 18 top 10 hits including the amazing run by Southern rockers 38 Special: “Hold On Loosely”, “Caught Up In You”, “Rocking Into The Night” and “Fantasy Girl” to name a few.

Other notable collaborations include Sammy Hagar’s “Heavy Metal” main title of the sci-fi animation by the same name, and most recently the title song from the Beach Boy’s big reunion cd and tour, “That’s Why God Made The Radio.” With Jim’s Songwriting for Dummies now a certified best seller, and his memoirs Through The Eye Of The Tiger making waves everywhere as he travels around the world doing songwriting seminars and storytellers shows. And best of all, his beloved Ides Of March celebrate 50 years of making music together. And that’s something to celebrate! Jim latest project, simply entitled The Songs is a career retrospective of eleven of Jim’s most popular songs, reimagined in an intimate acoustic setting. “With Fred Mollin at the production helm I got to look at my songs in whole new way.” Recorded in Nashville with some of the top session players even chestnuts such as Vehicle and Eye Of The Tiger took on a sort of roots/ Americana flavor that gives every song a totally fresh perspective. Jim is now taking this formation the road with musicians featured on upright bass, fiddle, dobro, banjo and other instruments featured on the new album. Stories are told and Jim reinvents himself yet again!