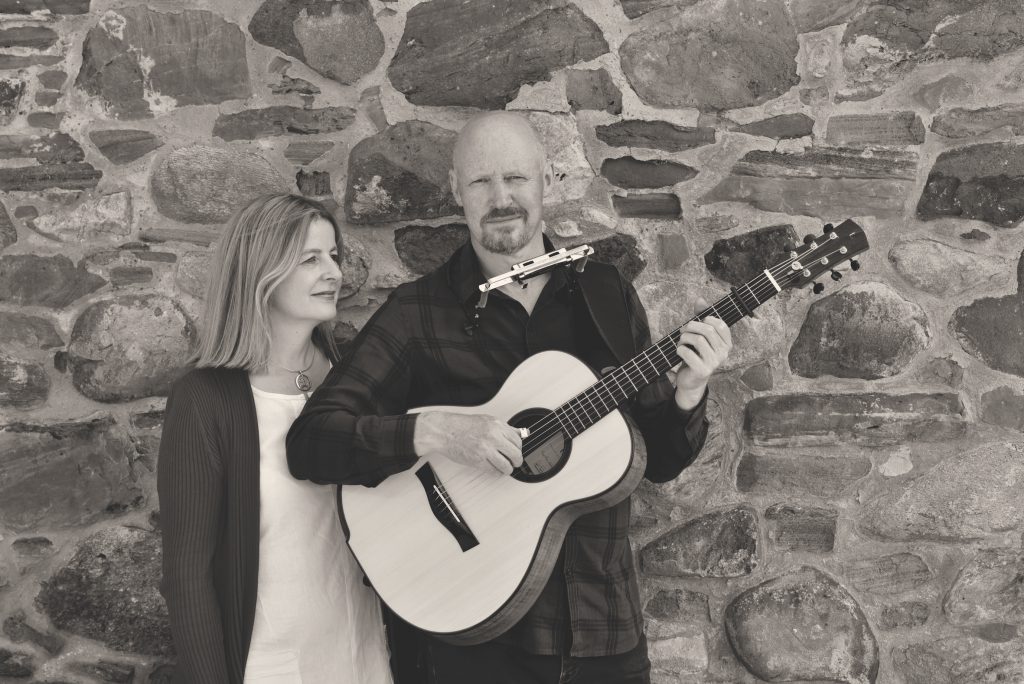 For the past 30 years and more, Jim Malcolm has been the ultimate Scots troubadour, taking the traditional songs of Scotland and his own prizewinning compositions to all corners of the UK and around almost every state in the USA. His voice is one of the finest in Scotland, and his mellifluous guitar playing is the perfect accompaniment. He plays mouthorgan to a standard you’ll rarely hear. Jim was voted Songwriter of the Year in the Scots Trad Music Awards, and was nominated three times for Scots Singer of the Year. He has 15 solo CDs to his credit, and has appeared on countless others, including three albums with the world-renowned Old Blind Dogs, from his eight years as their frontman. Old Blind Dogs are famously Prince Charles’ favorite Scottish band.

This year he has another trick up his sleeve, as his wife Susie joins him on stage. You may have heard her voice singing harmonies on Jim’s CDs, but with their children off to pastures new Susie is now entering stage left. An award-winning traditional singer herself, Susie sings songs from the North East of Scotland and has a penchant for ballads. Their 2017 debut album as a duo, Spring Will Follow On was warmly received and has been widely played across two continents and its successor, The Berries, has been called “a masterclass in Scottish traditional song”. Their third duo CD, Auld Toon Shuffle, will be released in the spring of 2022. Together they offer harmonies and humour…tales from the road, the riverside and from the home front, and are not to be missed.

“The Berries – a stunning array of Scottish Trad Songs.”

“The Berries is a warm, intimate and beautifully realised album”