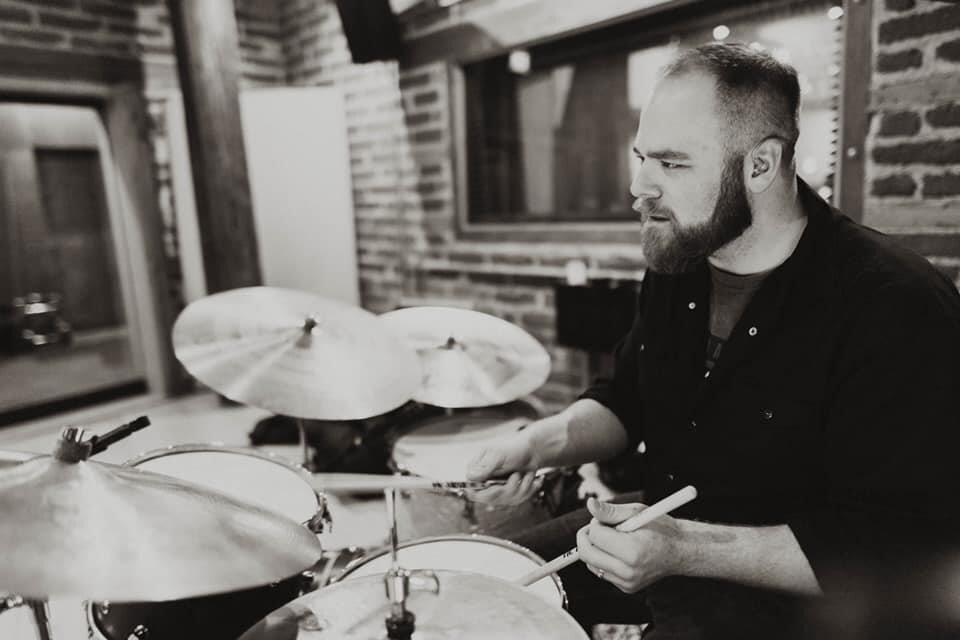 The Blueshift Big Band, founded in 2017 by drummer Joel Baer and guitarist Chris Parsons, continues the legacy of big band music in Chicagoland. It began as a reading band, that is, a band playing compositions and arrangements originally written for other groups. “We both missed playing big band music,” says Joel, “and most of the rhythm spots in the big bands around town were taken.”

Their original repertoire included selections from the Count Basie, Buddy Rich, and Thad Jones/Mel Lewis Big Bands. Those groups are famously hard-swinging, but also served as showcases for unique compositional voices and original interpretations of music outside the jazz idiom. Did you know all three covered different Stevie Wonder tunes? Continuing that tradition, when Blue Shift began commissioning original music, it covered a great breadth of styles: not just swing, but blues, bebop, and the Beatles, singer-songwriters, fusion and funk. (Stay tuned for Blueshift’s next record, exclusively covering music from video games.) In the hands of a lesser group, the approach might seem scattershot, but Blueshift does a great job of respecting the tradition and history, swinging hard when it’s time to swing, and showcasing creative local voices — all while having a great deal of fun.