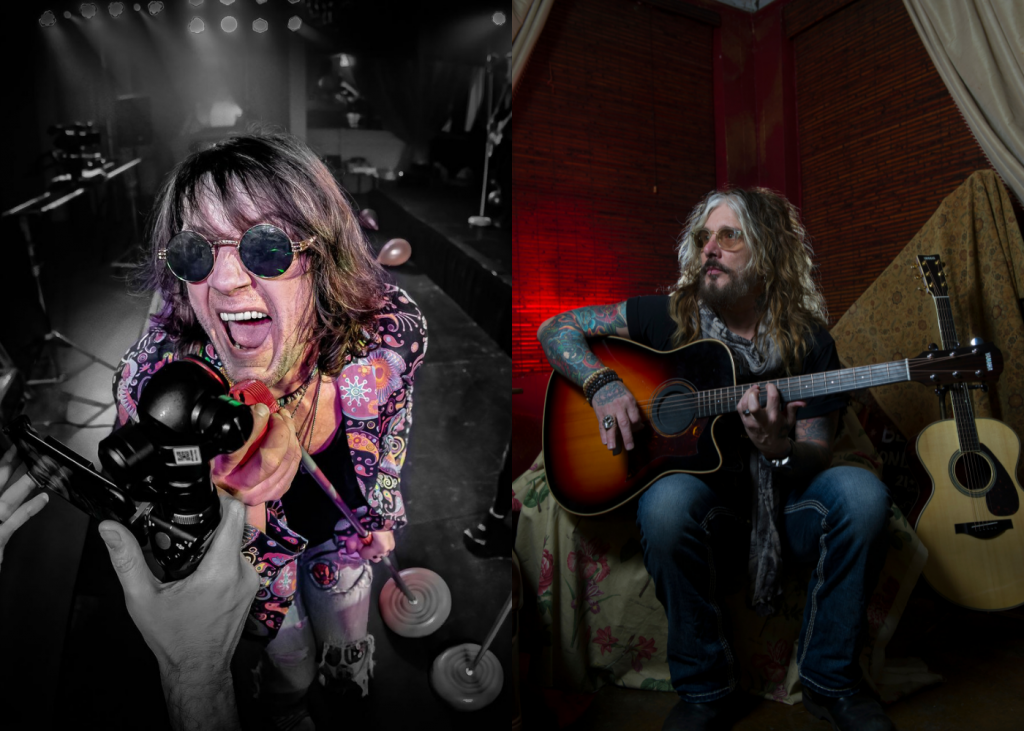 Journeyman vocalist John Corabi had already been cutting his teeth in the hard rock world for nearly a decade when he landed the high-profile gig of replacing Mötley Crüe frontman Vince Neil in 1992. Although his tenure with the group proved to be a brief one, Corabi earned a reputation as a go-to frontman and collaborator, amassing a solid résumé as a singer and guitarist with acts like The Eric Singer Project (ESP), Union, and The Dead Daisies.

Born on April 26, 1959, in Philadelphia, Corabi, like many musicians from his generation, was drawn into music by seeing The Beatles on television as a child. After graduating high school, Corabi worked various odd jobs while singing lead for his band, Angora. A visit to Los Angeles during the height of the ’80’s metal scene convinced him to relocate there in 1986, and soon Angora had joined him. The band managed to attract a following but, aside from some interest from Gene Simmons, internal dissension wrecked the group before it could land a recording deal. With guitarist Bruce Bouillet and bass player John Alderete, both from the recently defunct Racer X, Corabi formed The Scream in 1989. They released Let It Scream through Hollywood Records two years later and managed to garner airplay on rock radio with the track “Man in the Moon.”

In early 1992, Corabi accepted an invitation to replace the fired Vince Neil in the platinum-selling Mötley Crüe. With Corabi on vocals, Mötley Crüe released the eagerly awaited follow-up to their career-making Dr. Feelgood; however, in the wake of grunge and with Corabi not embraced by the band’s faithful, Mötley Crüe was an unmitigated bust despite a Top Ten placement on the album charts. When Neil returned to the fold, Corabi was left on his own and formed the band Union with ex-Kiss guitarist Bruce Kulick. Although not a major commercial success, the pedigrees of the band’s members ensured a following in the hard rock world, and their self-titled 1998 release did well with its limited audience. Corabi would unite with drummer Eric Singer (Kiss) and guitarist Karl Cochran (Kiss, Ace Frehley) to release an eponymous album under the moniker ESP in 1999 and would also tour with an incarnation of Ratt in the following years. After two more outings with Union, he joined with Ratt drummer Bobby Blotzer to form the short-lived project Twenty 4 Seven, which released one album in 2002.

Throughout the remainder of the decade, Corabi largely split his time between playing with Ratt, Union, and ESP, releasing live albums with the latter two in 2005 and 2007, respectively. Corabi made his solo recording debut in 2012 with the acoustic
set Unplugged. In 2015, he joined Australian musician David Lowy’s hard rock supergroup, The Dead Daisies, as lead vocalist,
recording their second album, Revolución. Following several tours supporting Kiss throughout Europe and Australia, the band followed up with 2016’s Make Some Noise, which made a strong showing globally and reached number 11 in the U.S. on Billboard’s Top Hard Rock Albums chart. Corabi’s career renaissance continued as The Dead Daisies remained highly visible, turning out a 2017 concert set, Live & Louder, and a studio follow-up, Burn It Down, a year later.

Donnie Vie is one of rock’s biggest secrets who has been crafting melodic power pop and rock songs for over 30 years. He and his band were instant critics’ darlings with a debut record that soared up the charts generating two long playing MTV hits, a “Top Pick” from Rolling Stone Magazine, and inciting numerous TV and radio performances with repeat invitations from David Letterman and Howard Stern. That band was Enuff Z’Nuff, led by Grammy nominated Donnie Vie’s song writing sensibilities and distinctive melodic vocals, they continued on to make some truly great records. Over those years, Donnie has amassed over 25 albums’ worth of songs and decades of live shows to his name, both with and without his former band. Now a solo act, Vie continues his song writing and performing under his own name.

Rolling Stone Magazine described Donnie’s writing skills as “Beatle-esque pop song craft and ripping hard rock”, whereas Billboard Magazine says, “If there is such a thing as false advertising in rock & roll, then Enuff Z’nuff is one of its textbook examples. Packaged in garish peace-glam attire by their record company, the group was wrongly lumped in with the disposable pop-metal bands of the late ’80s rather than appreciated for the truly gifted power pop act that they were.”

The latest album, Beautiful Things, is still getting the attention it deserves, “As a piece of art it’s stunning. This collection of songs is a wonderful addition to the legacy Vie has constructed over the last four decades, but not just that, these are songs we’ll remember for years to come. These are songs to keep in your heart and let out when you need to get back from the blue.”- The Rock pit.

Donnie’s most recent release was his single “All My Favorite Things”, released worldwide on June 19, 2020 through ADA/Warner Music Group. Donnie states, “I wrote this in the quarantine/stay at home period of 2020, reflecting back on my life, career, and memories”.

As the A-side to All My Favorite Things we have the amazing “Party Time”, this song is a party anthem that is bursting with Fun and creativity from the first note till the last.

Amongst many hundreds of song, Donnie feels this is his most marketable song of his career which spans over 30 years, with 25 records collectively. The song bridges genres and age groups.

The video is something very new, exciting and highly entertaining, raising the bar on any of Donnie’s videos, including all his videos with Enuff Z’Nuff.

It is a parody storyboard themed extravaganza where he plays a very unconventional Batman accompanied by a cast of characters reminiscent of the 1966 Batman series. The fun packed video also includes the actual Bat mobile.

The Party Time song and video both contain Chip Znuff, which has brought the two together for the first time working together in 8 years.