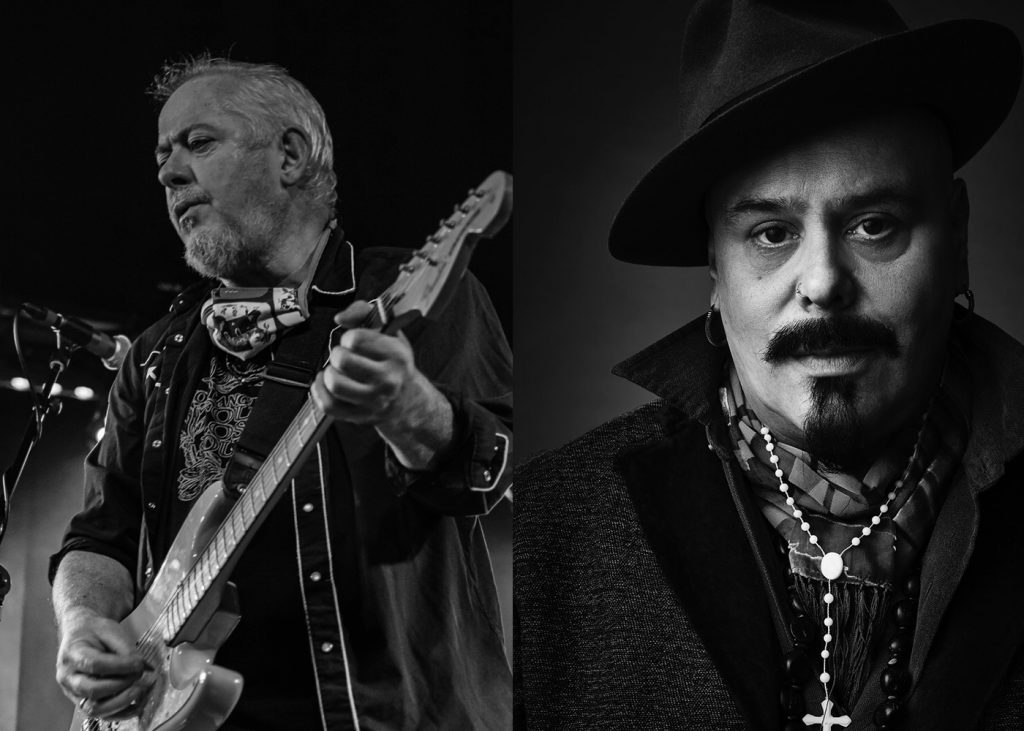 Nick Tremulis and Jon Langford are Chicago musical royalty – each blessing us with searching creativity, immense talent, heart-melting comradery, and enduring good humor.  For this “eclectic evening,” they’ll tell tales, show some video, spin a little vinyl, and, of course, sing some songs.

Jon Langford. Carted to Alabama under the cloud of dark politics, a band drew a glistening straight line from punk to country to soul to grand theater. On November 8th, the day after the 2016 election, Welsh-bred, Chicago-based musician and visual artist Jon Langford and a crew of merry-makers and alchemists filed into the NuttHouse studio, a one-story former bank building in Sheffield, Ala. (population 9,039). The musicians from Chicago, Nashville, Los Angeles, and just over the Tennessee River bridge made the pilgrimage to a place of legend and myth, where music runs as deep as the river’s current, to see what might come of it all.