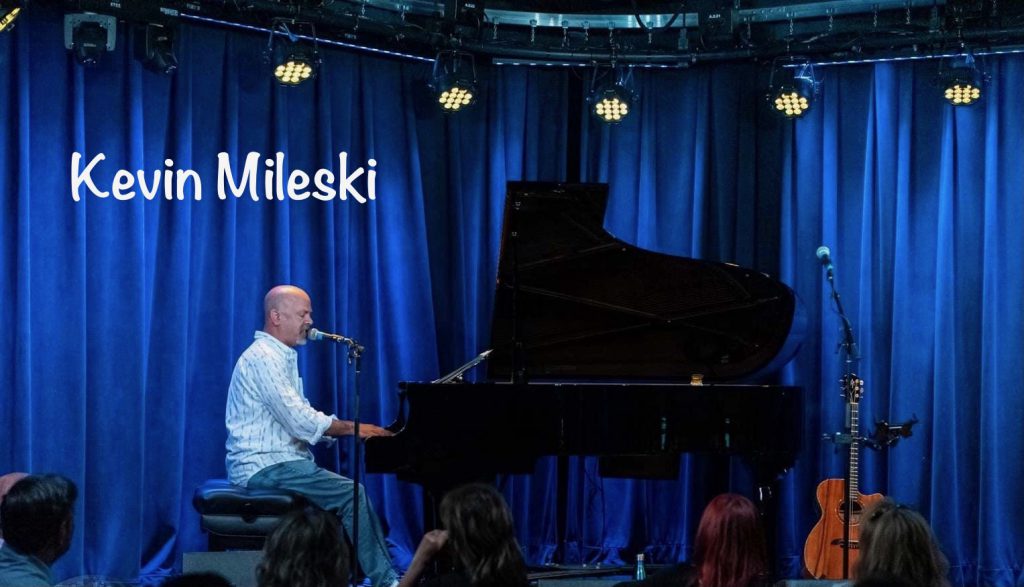 As a unique finger-style guitarist, a seasoned piano player, and a strong thoughtful vocalist, Kevin Mileski has touched the hearts of all kinds of music fans and professionals world-wide. His music has been heard all over the world on various public, commercial, satellite, and online radio stations as well as various TV placements including Grey’s Anatomy. Through a previously strong touring schedule out of Colorado and Chicago over many years, he has earned the respect of fans and professionals alike. He has performed in almost every state in the country. Whether an intimate solo show or a small band, it’s a good story wrapped in a percussive and thoughtful composition. Kevin has been honored to perform on the stages of some of the best venues in the country including, most notably, Red Rocks Amphitheater in Morrison, CO and The Harris Theater in Chicago, IL. He has opened for and performed with many large touring acts such as Gregory Alan Isakov, Andrew Ripp, Toby Keith, Sam Bush, Peter Mulvey, Rusted Root, Little Feat, & Gaelic Storm. Kevin has released four full-length studio albums, over 20 singles, and three and a half videos. He is an award winning commissioned composer for Giordano Dance Chicago, The Missouri Contemporary Ballet, and The Bolshoi Ballet. Kevin is a member of ASCAP, PMA, and the Independent Artists Registry. He is an endorsing artist of Yairi guitars and Elixir Strings although neither company knows it. He just likes their products.