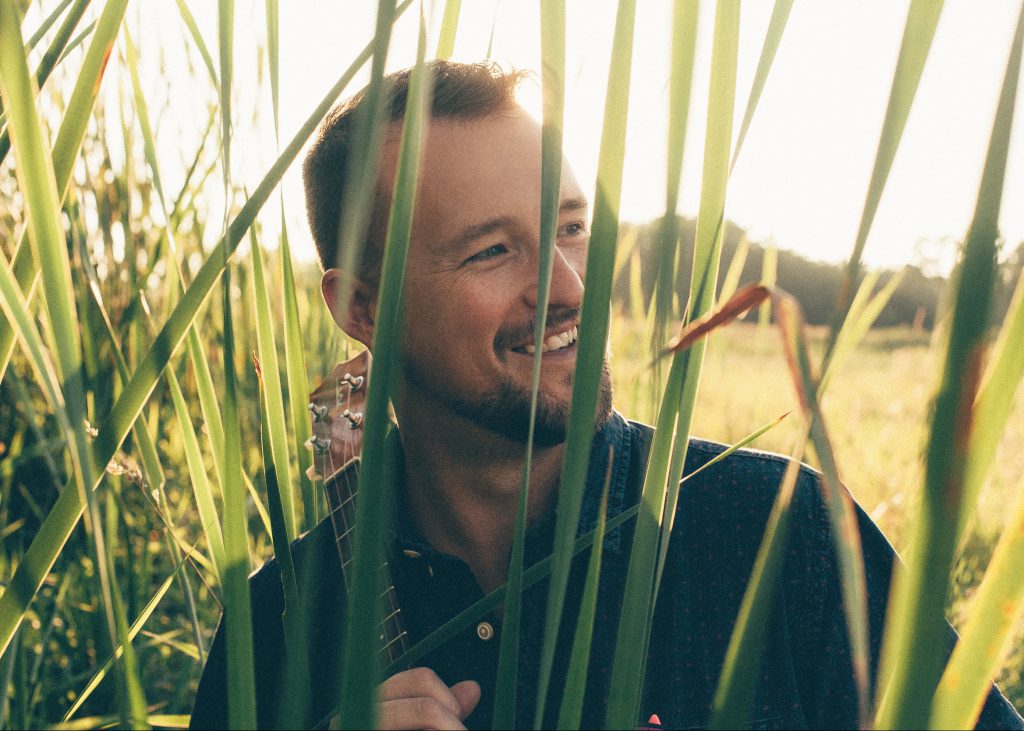 Often times you hear about things or people coming undone or falling apart. For singer-songwriter Kevin Presbrey, he strives to keep a positive outlook on such matters. The feeling for his new songs are about togetherness – or “falling together.” Where his first solo EP, “Dust Unto Dust” was centered around picking up the pieces following the sudden passing of his father, this album is a reflection of his frame of mind as life moved forward with his father there in spirit.

Falling Together is about relationships, bonding, and simply enjoying life. From great tragedy comes great triumph – and peace.
The opening track and first single, “Seaside” is a magical tune that instantly transports you to a walk on the beach underneath the moonlight. If Hawaii needs a new theme song, this is it. The more upbeat tunes, such as “Restless Heart” and “It Could Be Worse” harken back a bit to Kevin’s alternative days with Painkiller Hotel. These songs have that timeless rock vibe, and if Van Morrison collaborated with Jacob Dylan, these songs might be the result. “Miss Sunny Day” is a uke-driven pop song that will make you tap your feet and smile every time you hear it.

After working Ryan Hadlock (The Lumineers, The Strumbellas and Vance Joy) on the very successful Dust Unto Dust album, Kevin knew the importance of finding the right producer for this project. Recorded in Nashville with producer Skylar Wilson (Andrew Combs, Rayland Baxter ,and Justin Townes Earle), Kevin tapped into that white hot East Nashville vibe. Amazingly recorded in just 7 days over two sessions, these songs came together quickly. Kevin had a batch of songs, probably 10 to 12 in total and landed on 6 gems for “Falling Together.”

Born in early 2018, GOLDS is a Chicago-based, synth-driven pop duo, crafting anthemic, catchy pop melodies, blended with lyrics of vulnerability and deep emotion. As their modern pop sound continues to grow, the intention remains the same; convey commonly experienced emotions through personal experiences and stories that listeners find solace in. As high schoolers, lead singer Nate and drummer Andrew considered music to be a simple hobby, an untouchable dream. Years later, the duo is actively chasing to perform around the U.S. while getting each single they release heard by listeners worldwide.