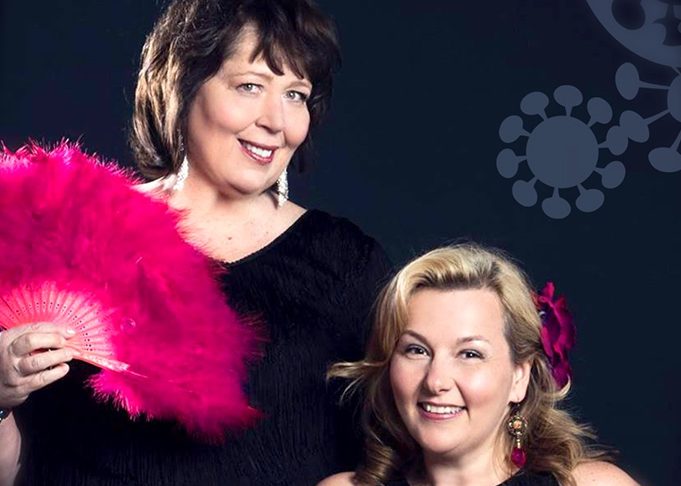 An award winning concert artist, Beckie has appeared at some of the nation’s top nightclubs and concert venues including the legendary Carnegie Hall, Lincoln Center and Birdland in New York, Chicago’s Auditorium Theatre and Park West, as well as at concert halls and art series across the country.

Hailed by Chicago’s WGN Radio as “one of the city’s finest cabaret performers,” Beckie is a three time winner of Chicago’s After Dark Award for Outstanding Cabaret Artist. A staple of the Windy City music scene, Beckie has performed regularly at Davenports, Maxim’s, Gentry On State, and the city of Chicago’s Department of Cultural Affairs musical events, where she frequently serves as musical director. Currently she co-hosts an open-mic at Petterinos with Denise McGowan Tracy called Monday Night Live, as well as one at Davenports.

As one of cabaret’s most in demand entertainers, Beckie was featured in Michael Feinstein’s “Now & Then” Series for her Carnegie Hall debut. She has been a featured performer at many of the Mabel Mercer Cabaret Conventions in New York, The Hamptons and in Chicago, as well as many performances for the Chicago Humanities Festival, where she has served as a performer, director and musical director.

“When Laura sings, she sounds like she is individually speaking to her listeners and personally presenting the lyrics to all the songs to them.” John “Radio” Russell. – Midwest Ballroom

Laura Freeman, is an Equity actress and has toured the US and Europe extensively in such productions as Into the Woods, as the Witch and Joseph and the Amazing Technicolor Dreamcoat, as the Narrator. Recently, she has worked at Theatre at the Center in Munster Indiana, Chicago Dramatists, Porchlight and Ravinia (Annie Get Your Gun with Patti LuPone). As a cabaret performer, Laura has created tributes to Doris Day, Julie Andrews, the USO performers of WW2, along with salutes to Broadway and Hollywood. As a soloist, she has performed throughout the Chicagoland area, including the 4TH Annual Cabaret Convention, the Drury Lane Water Tower, Moraine Valley, Freedom Hall and the Acorn Theatre. Laura is the President Emeritus of the Chicago Cabaret Professionals. www.laurafreemansings.com