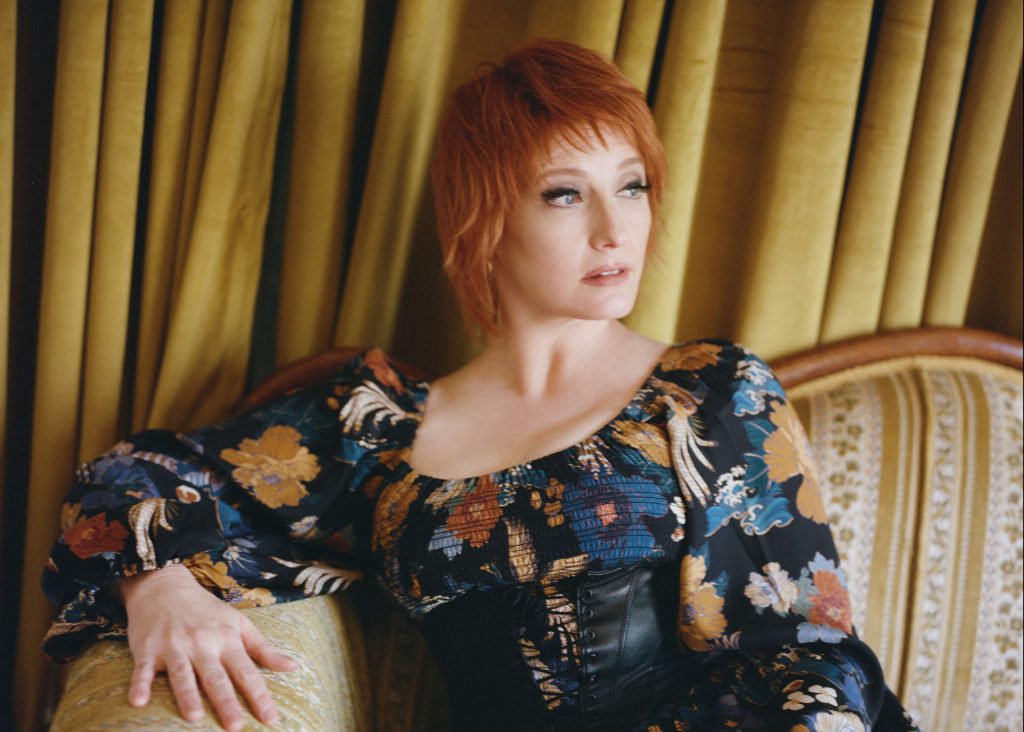 Leigh Nash ( Of Sixpence None the Richer )

Leigh Nash is an American singer and songwriter who is the lead vocalist for the pop band Sixpence None the Richer and is also a member of Fauxliage and Movement Nashville. Her debut solo album, Blue on Blue, was released on August 15, 2006 by the One Son/Nettwerk record labels.

Leigh Nash and Matt Slocum formed Sixpence None the Richer (named for a line from the book Mere Christianity by the author C.S. Lewis) soon after and went on to record four full-length albums with the band. Their first album, released when she was just 16, was The Fatherless & the Widow. The album garnered critical acclaim and Slocum and Nash searched for new band members.

Joined by Tess Wiley, Dale Baker, and J.J. Plascencio, the new band recorded This Beautiful Mess, which won a Dove Award for Best Album. Wiley quit the band after their US tour and the band released the Tickets for a Prayer Wheel EP and then signed to the Squint Records label following the demise of R.E.X.

The band’s eponymous album was released in 1997 and the single “Kiss Me” in 1999. In 1999 they received numerous Dove Awards, including Best Artist of the Year. The band was also nominated for a Grammy Award. A second single, a cover of the La’s “There She Goes”, also hit the Billboard Hot 100, followed by a third single, “I Can’t Catch You”.

In 2000, Nash sang the song “Need to Be Next to You” for the movie Bounce in order to thank Miramax that had used “Kiss Me” in the movie She’s All That and brought them into the spotlight. Written by Diane Warren, it became Nash’s first solo single.