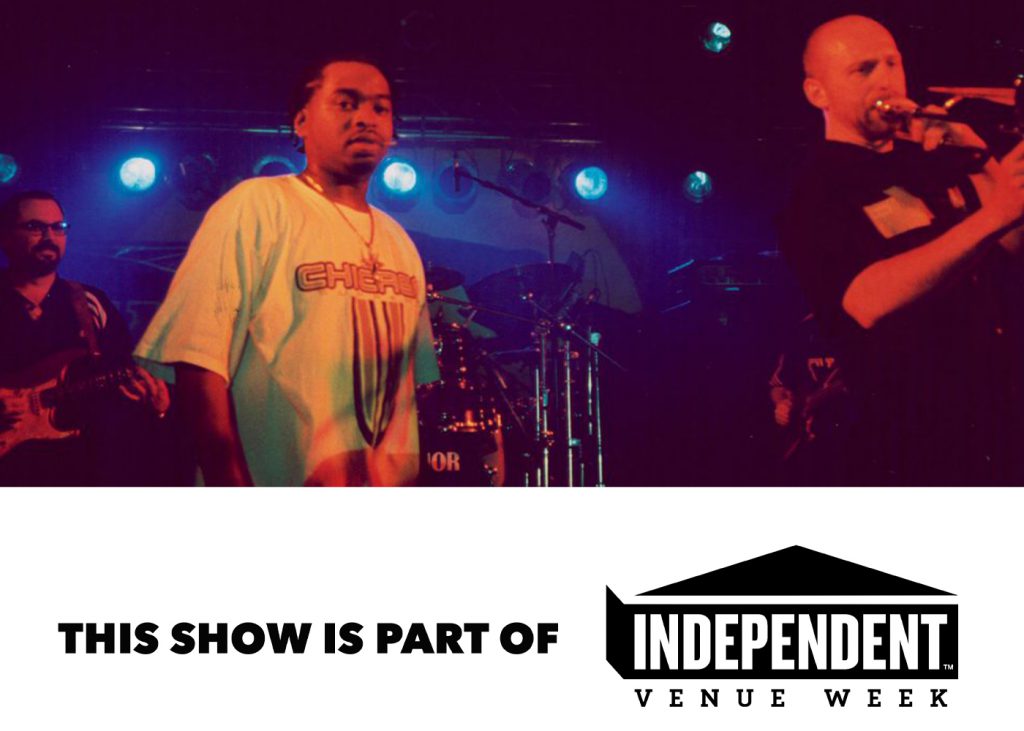 Having exploded from a small underground street-jazz sound in Chicago, The Liquid Soul universe has been expanding at a dizzying pace. The Chicago ensemble’s trademark mixture of jazz and urban dance music has virtually outgrown the term “acid jazz,” incorporating everything from hard-bop to hip-hop in their celebrated sound. Down Beat magazine says Liquid Soul“sweeps the mold and mildew out of jazz-funk and breathes it back to glorious life.” With a marathon touring schedule that has included everything from performing at the Presidential Inaugural Parade to headlining the first acid-jazz performance at the Newport Jazz Festival, Liquid Soul has evolved into an intuitively tight outfit that knows no stylistic limitations. The amalgamation of genres created by the 8-piece collective is a blend of pure musicianship, a fiercely passionate fire and the inherent fun of a pure dance groove. The result is a unique live music experience that draws a diverse legion of fans, spanning across multiple age and ethnic groups.

At long last, Liquid Soul is back with the follow-up to its 2000 Grammy-nominated CD, Here’s the Deal (Shanachie). Evolution, the band’s fourth recording, gives evidence that the dynamic unit has continued to develop its infectious trademark sound and take it to new heights. Liquid Soul called on the help of Grammy-nominated producer Maurice Joshua (N’Sync and Destiny’s Child) and Frayne P. Lewis, the son of Ramsey Lews, this time around. The result is a fresh mix of butt-kicking jams, driving jazz-inspired tracks and hot dance numbers. Fans of Liquid Soul will be thrilled by the album’s extra live tracks which capture the sheer magnetic energy of the band. Highlights include “Action Jackson,” the rambunctious opener with the killer horn intro and thumping bass; “Sun Ra,” the smooth and ethereal tribute to the celestial king; “Nina’s in Jail,” the funky spoken-word track reminiscent of Deborah Harry’s “Rapture”; and the overpowering and live dance track “Rage Experiment.”

The story of Liquid Soul goes back to 1994, when the band was at the forefront of a surging acid-jazz movement in the greater Midwest. Evolving from free-form hip-hop jams, the band coalesced spontaneously and soon found a home every Sunday night at Chicago’s Elbo Room. Word spread fast, attracting like-minded individuals to the small stage from far and wide. Thanks to these auspicious midnight marathons, Liquid Soul soon solidified into a steady working unit.