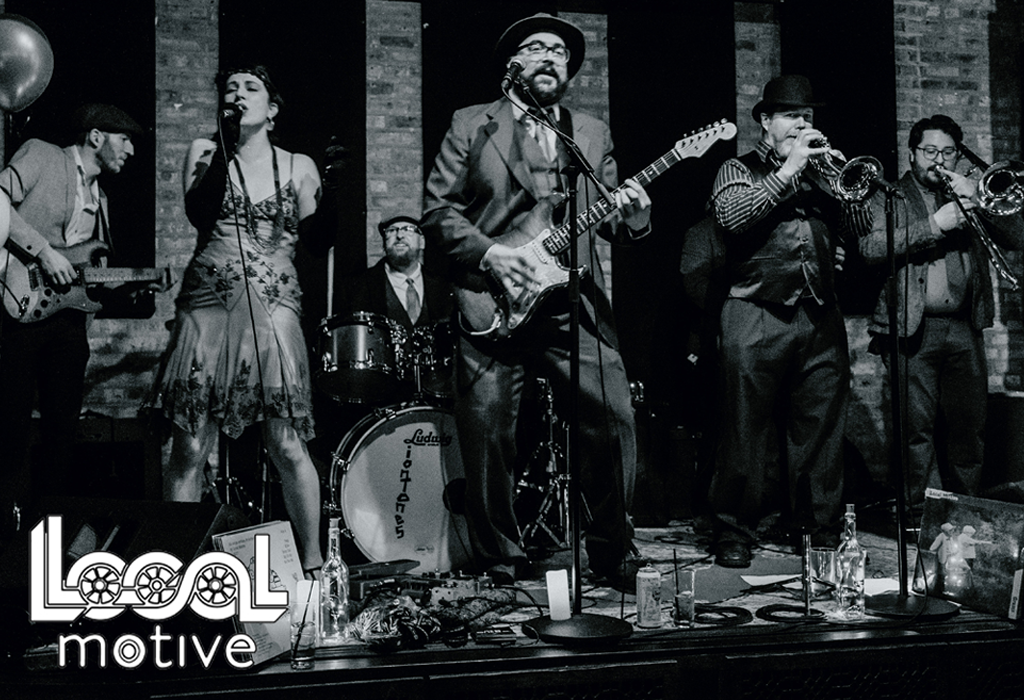 This show will be opened with a special 30-minute solo acoustic set from Local Motive bandleader, Mike Vinopal, performing never-before-heard originals, followed by a 60-minute full band set from Local Motive, celebrating the new album release, “Slice of Life.”
More about the band:

The band Local Motive sounds like Motown got mixed up with Talking Heads. Like Sam Cooke collaborating with Jimi Hendrix.

Since 2012, bandleader Mike Vinopal and company have set out to make authentic and positive music that will connect with people on a deep emotional level while also “shaking butts for thousands of years.” Bringing the vibes of the Blues Brothers into the present, their music is classic and familiar, yet fiercely original. The Local Motive sound is funk, soul, and rock ‘n’ roll for all.

Local Motive released two new singles Memorial Day 2022, “Naïve/Supposed To Be,” from the forthcoming follow up to the Grams LP, “Slice of Life.” A 3-song collection just dropped on 9/30/2022, teasing the next 3 tracks of the full-length, due for release in December of 2022. Keeping with tradition, the new album was recorded, mixed, and mastered by Noam Wallenberg (Alan Parsons, Mac Miller) at Rax Trax Recording (Buddy Guy, George Clinton) and co-produced with the band.  The album of all new songs will also be a commemoration of a decade of Local Motive. And they will most assuredly shake butts for a thousand years more.

With lyrics like “I need you & you need me too, that’s symbiosis,” this band strives for connection, community, and celebration, keeping it brassy and sassy too. Perfect music to set the tone for a groovy day. Available everywhere. Support the band directly on Bandcamp & Patreon. Follow @localmotiveband on socials for the latest updates.