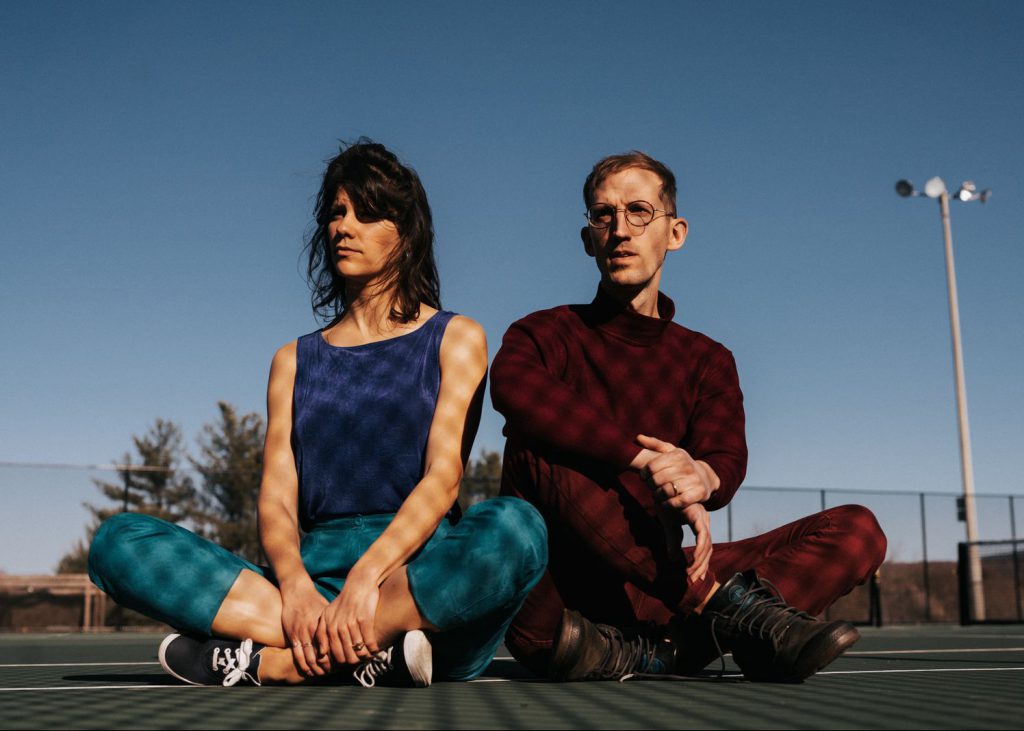 Lowland Hum (Daniel & Lauren Goans) is making music that is decidedly quiet in the midst of our culture’s present noisiness. The duo’s self-imposed musical restraint provides space for their rich harmonies and skillful arrangements to fill rooms both large and small, and their sound is unmistakably their own. Following the 2019 release of their fourth full-length studio album Glyphonic, which garnered praise from NPR, No Depression, and more, the pair took their songs on a nationwide headlining tour where they employed the use of handmade lyric books, off-the-cuff songs and conversation with their audiences to create a refreshingly communal musical experience.

Back in Virginia, Lowland Hum spent the fall & winter converting an old barn on their modest farmhouse property into a proper recording studio. They released their first home studio-born single, a cover of The Beatles’ “I Will”, in January, which found itself at the top of playlists on both Spotify & Apple Music, where the pair are regular fixtures. They will follow-up the release this spring with an EP titled Singing Other People’s Love Songs and a co-headlining tour with The Sea The Sea. The duo will also launch a Patreon page, which will provide a window into their prolific songwriting, Lauren’s visual art (she designs all of the band’s artwork), and daily musings from their life as touring artists and admirers of beauty. Lowland Hum is also launching Golden Hour, an experiential project with friends & collaborators David Wax Museum (look it up, you won’t be disappointed).

In previous years, Lowland Hum has taken their hush-folk sound across the United States & Europe, sharing stages with the likes of Josh Ritter, Penny & Sparrow, Jesca Hoop and The Oh Hellos along the way – and 2020 will be no different. With new original music set to release this summer, Lowland Hum will hit the road once again. As NPR puts it, “if you love sublimely beautiful two-part harmonies, you’re not going to do better than this band.”

Fluke, FLA’s pseudo-self-titled introduction to a national audience, is a self-produced vocal tour-de-force that leaps quickly and definitively into the canopy of contemporary art. It is dreamlike and philosophical, haunting and whimsical. Its melodies evoke a noir film, a Spanish folktale, an enigmatic egoeye. However you pin it, something in the music is turning heads. Whether evidenced by their invitation to perform on NPR’s Mountain Stage Radio Show with Larry Groce, tours with Darlingside and Anaïs Mitchell, official showcase at Folk Alliance International’s 2017 Conference, or the $16K Kickstarter that funded Fluke, Frances Luke Accord’s compositions take the listener by the ear, pull the rug from beneath her feet, and leave her deliciously airborne. Listen.