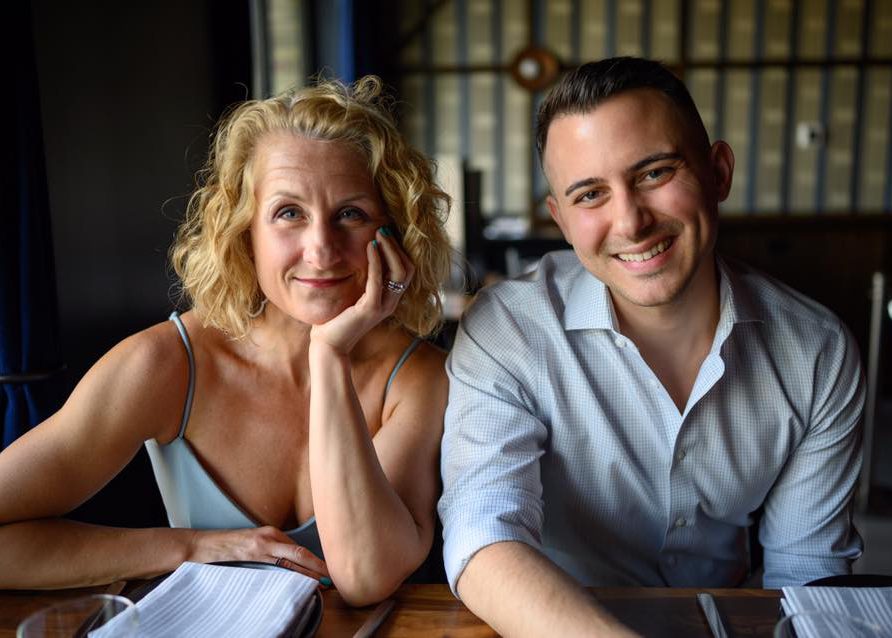 Marya Grandy and Tom Vendafreddo return to Hey Nonny following their wildly successful concerts in 2019 and 2020. They have been performing together since 2016, bringing their show to Uptown Underground and the Venus Cabaret in Chicago, as well as 54 Below in New York, Rockwell Table & Stage in Los Angeles, and Martini’s Above Fourth in San Diego. During the pandemic they launched a bi-weekly live-streaming concert series to raise funds for Chicago-based non-profits, focusing on Black/BIPOC and LGBTQ+ run organizations. Marya and Tom’s debut album “Marya Grandy and Tom Vendafreddo Live” was recorded in concert at Hey Nonny in October 2020, and is available on Spotify and Apple Music.

Marya Grandy is a Chicago and NY-based actress and singer whose credits include the 2006 Broadway revival of LES MISERABLES, the original Off-Broadway cast of THE GREAT AMERICAN TRAILER PARK MUSICAL, the Off-Broadway revival of CLOSER THAN EVER, and several productions at The Marriott, Drury Lane, Paramount, Mercury, Court, and Chicago Shakespeare Theaters.

Tom Vendafreddo is a Jeff Award-winning music director and performer. He has been involved with shows from coast to coast and resides in Chicago. Tom is the founding Artistic Director of the Chicago Artists Chorale and was the recipient of the Illinois Theatre Association’s 2020 Award of Excellence in Professional Theatre. IG: tvendafreddo