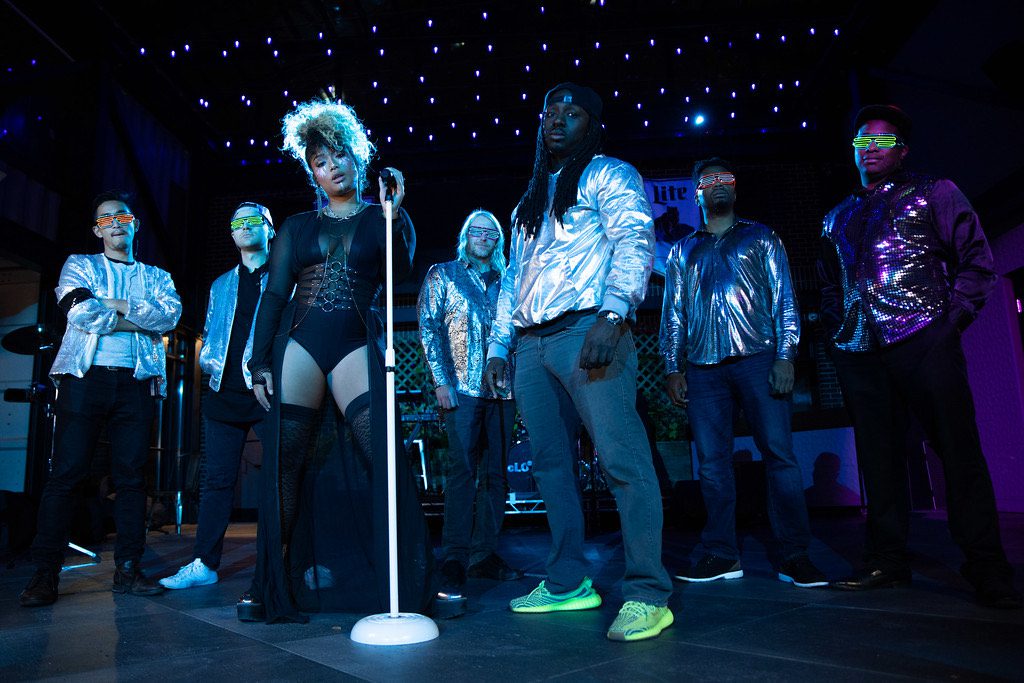 New Year’s Eve at Hey Nonny! Book it now! We’ve got the very coolest band in Chicago to play our event – Chicago Loud 9. $80 per person gets you in and on the dance floor, with heavy appetizers served throughout the night, plus party favors and a champagne toast at midnight. If you need a table and chairs, they’re available in our VIP seated areas ($150 per person) – which also gets you one bottle of bubbly per couple.

Conceived for what was supposed to be a one-off show at House of Blues, Chicago Loud 9 materialized as a nine-piece Funk/Hip Hop/R&B/Soul band that brings nothing short of high-intensity, energy-filled musical performances. Comprised of members that are hard at work in the vibrant Chicago music scene, Chicago Loud 9 showcases a dynamic, horn-driven, foot-stomping performance at each live show. They have been listed in Illinois Entertainer as one of the “Best Local Acts in Chicago”, and also featured as the house band on daytime talk shows Windy City Live on ABC-7 and The Jam on WCIU-26.