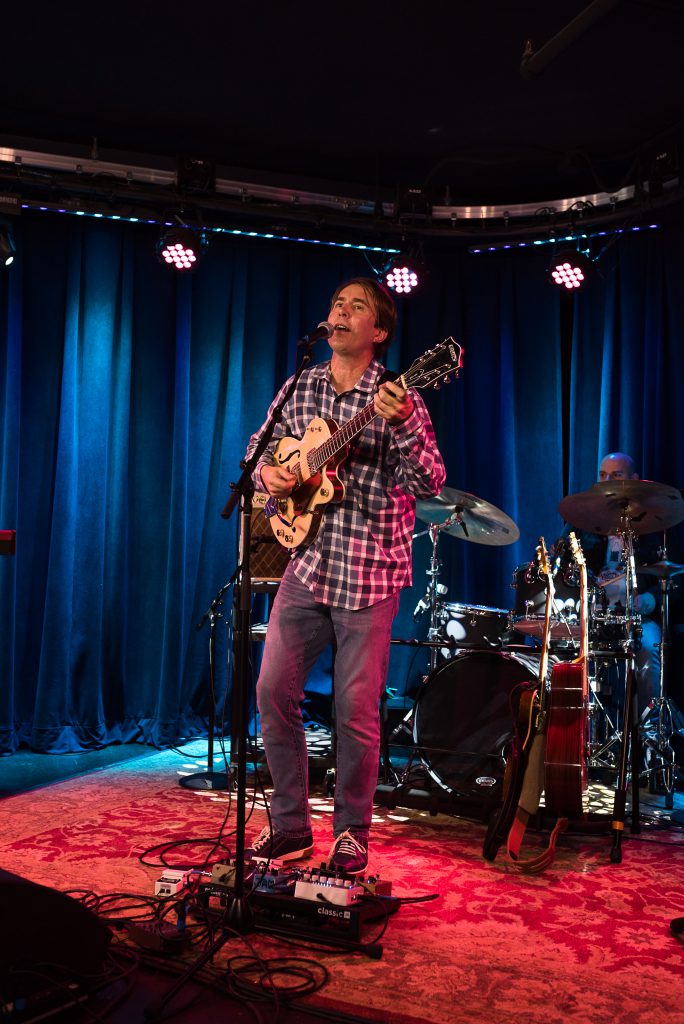 Push Puppets return to Hey Nonny for an album release party with their third album completed.  The new album – co-produced by Doug McBride (Cheap Trick, Veruca Salt) – is titled “Allegory Grey” and will be released on September 30, 2022.

Push Puppets is an indie pop / rock ensemble from Palatine, Illinois that creates songs with earworm melodies and shiny production that belie the often bittersweet sentiments in the songwriting of singer/songwriter/guitarist Erich Specht.

Specht’s vocal and songwriting style has been compared to Elvis Costello or Wilco.  His layered guitars and memorable guitar solos are
reminiscent of Elliot Easton of The Cars or Brian May of Queen. Together with a rhythm section consisting of drummer Greg Essig, bassist John William Lauler, and keyboardist Kyle Magnusson, Push Puppets creates inventive pop/rock that takes the listener to unexpected places.

In addition to his bread-and-butter topics of dysfunctional relationships and hopeless pining, Erich also writes about such subjects as imminent doom, a training session at a Russian troll farm, convincing a co-conspirator to take the fall, and Karma blowing up his house and running him off the road.

The new album titled “Allegory Grey” will be released on Friday, September 30th, 2022.  The album takes the listener through 10 well-crafted songs that range from bombastic power pop and Byrds influenced jangle pop to blues-tinged alternative rock, a mix that is somehow cohesive and held together by Specht’s strong songwriting.

The first single is titled “Sometimes the Buds Never Flower” and tells of a troubled relationship thorough a story about flowering trees.