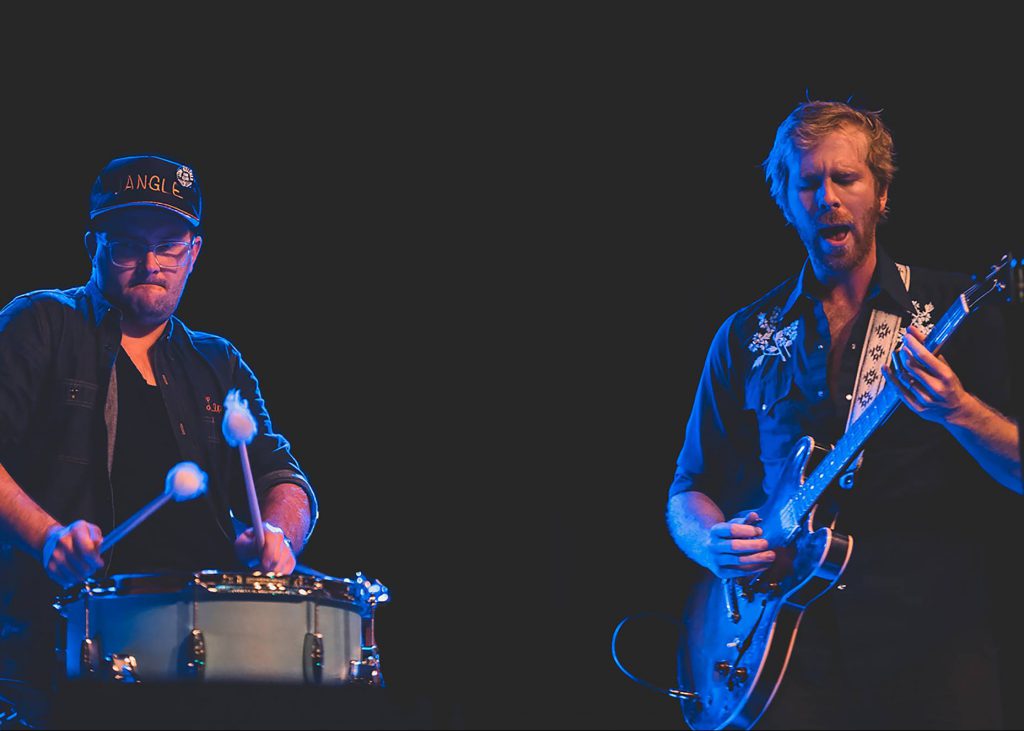 Raised in the Swannanoa valley of Western North Carolina, multi-instrumentalist Reed Turchi is a producer, label head, band leader and solo artist. He’s also a master of guitar driven blues that shapeshift seamlessly between acoustic slide, electric juke joint boogie, and the improvisational, groove-driven, massive sound of his Nashville based Kudzu Orkestra. His new album, Midnight in Memphis: Recorded Live at Sun Studio, showcases Reed’s diverse songwriting, including original blues-tinged rockers “Teacher’s Blues,” “Honey, Honey” and “Do For You” as well as “Lord, I’m So Glad I Don’t Crave Everything I See,” the contemplative “Listen to the Wind,” and the elegiac “Patricia.”

Featured in Rolling Stone, American Songwriter, and Fretboard Journal, Turchi has been called “an old soul” by Glide Magazine. “We feel like we are sitting right there in some lonely cabin deep amongst the pines and the kudzu sipping whiskey and listening to him play his heart out.” At the same time, Oxford American has recognized he’s “pushing the boundaries” of the Hill Country blues that inspired him to turn to slide guitar, and American Standard Time has called his work “The sound of a new American music.”

Reed’s eleventh album, Midnight in Memphis follows the gospel-influenced Just a Little More Faith, also featuring the Kudzu Choir. He called the album “a celebration of the music I love, performed with the people I love”; reviewers called it “a halo of authenticity” filled with “radiant warmth,” and Music News 360 said of a performance at New York’s Bitter End, “the feature of the night was the feeling of communal joy, being present together in shared vibration.”