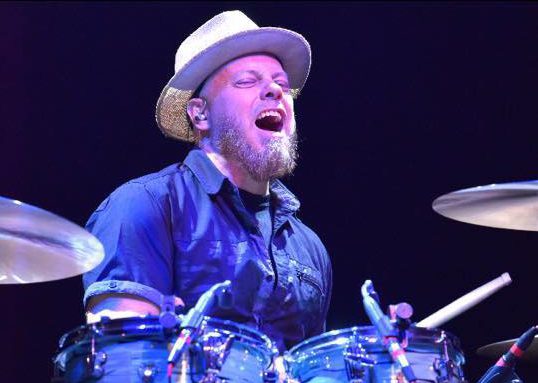 Rick King is a native of the Southside of Chicago.  He attended Eastern Illinois University, graduating with a Bachelor of Arts in Psychology and a Music Minor, studying with Percussion Department Head Johnny Lee Lane, Marvin Sparks Jr. and Steve Beck.

Rick is a founding member of The Funk Soul Jam Band, Lubriphonic.  Extensive national touring over 200 dates a year brought Lubriphonic to The High Sierra Festival, The All Good Festival, The Telluride Blues and Brews Festival, The Gathering Of The Vibes Fest, The Chicago Blues Festival and many more.

Film cedits include B.B. King’s History Makers Documentary, as well as Martin Scorsese’s award winning documentary “The Blues”, and many others.

Rick is currently leading his own group, “Rick King’s Royal Hustle”, a Funk, Jazz, and Soul combo featuring some of Chicago’s finest musicians.