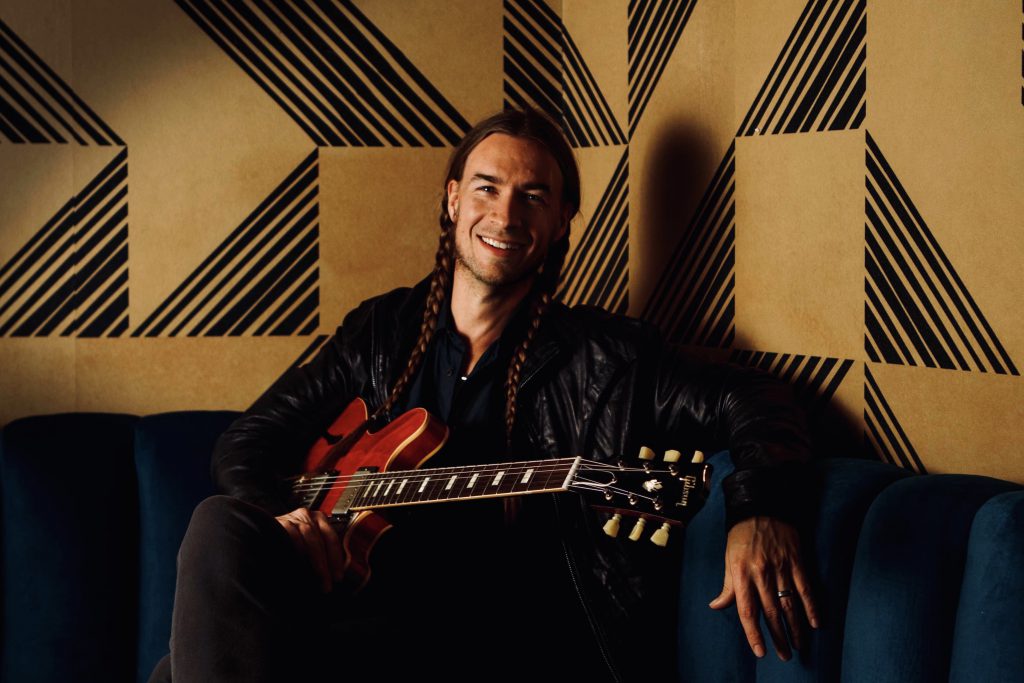 Slim Gambill of Lady A (formally known as Lady Antebellum)

Jason “Slim” Gambill Is a multi-genre guitarist, producer, composer, arranger and songwriter. He is best known as the lead guitarist for the multi-platinum Big Machine recording artist Lady A (formally called Lady Antebellum), who has sold more than 18 million albums, 34 million tracks and 5 billion streams worldwide, racked up 7 grammys and countless ACM, CMA and People’s Choice Awards, and had 11 #1 songs. Slim has been there for all of it, not only as a touring side musician, but as a session player on every single Paul Worley-produced album, and has appeared as a songwriter on 4 of their songs. In addition, Slim performed in the house band for NBC’s “Last Call with Carson Daly,” Toured with Tyler Hilton, Josh Kelley, played sessions for some of the biggest names in music, and over the course of his career has found himself on stage with John Mayer, Christina Aguilera, Stevie Nicks, Maroon 5, Rob Thomas, Jennifer Nettles (of Sugarland), Aloe Blacc, Jake Owen, Frankie Ballard, Canaan Smith, Devin Dawson, Ben Rector, Darius Rucker, Vanessa Carlton, Macy Gray, Peter Frampton, Kenny Chesney, and countless others.

Slim Gambill’s own career as a contemporary jazz/rock artist launched in 2018 during some down time in his Lady A schedule. What started as “writing a few tunes for a jazz festival I was invited to play at,” became a full realized album debut, “Fake Jazz & Theme Songs,” accompanied by shows at some highly regarded venues ranging from Birdland in New York City to The Jazz Kitchen in Indianapolis. Writeups on Slim’s project began to pop up in Billboard, Rolling Stone, Guitar World, Guitar Player, Jazziz. . .just to name a few, and the fuse was lit.

A powerful live performer, Gambill’s shows twist and turn, covering everything from vintage Smooth Jazz to full on classic rock, and everything in between.

“I’ve been playing jazz and blues since high school, but I’ve spent a lot of time on so many styles of music, that it just makes sense that it all comes out in a live setting. I just want people to walk away saying there’s never a dull moment in my shows, and I’m pretty sure we accomplish that!”

In recent months, Slim’s last single, “Up,” which features Charlton Singleton for the Grammy-winning band Ranky Tanky, has attracted the attention of the Smooth Jazz Radio community for it’s throwback sound, reminiscent of the R&B-tinged jazz records of the 70’s from such luminaries as Bob James, George Benson, and Chuck Mangione. It has been featured on such renowned stations as WFSK Nashville and Sirius/XM’s Watercolors, among many others, and has been praised for it’s departure from typical Smooth Jazz productions.

Slim’s current follow-up single, “Boom,” has already been added and spun daily on numerous Smooth Jazz stations, including Sirius/XM’s “Watercolors,” and is paving the way for a decidedly unique dual career in Pop Country and Contemporary Jazz.