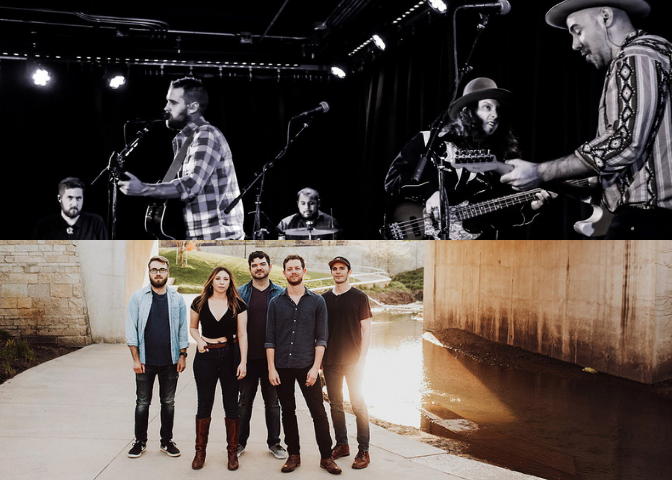 With their latest release “Singer In a Country Band” (2019), South City Revival continues to put their spin on “Chicago Country”. The new single is a quintessential blend of country and rock and roll that demonstrates their diverse influences: from Red Dirt artists such as Reckless Kelly and Randy Rogers Band to Bruce Springsteen and Jackson Browne.

Musicians Joe Pacelli (vocals, guitar) and John Quinn (guitar) met in Chicago while playing in various bands around the city, as did bassist and drummer Mike Fitzgerald and Jose “Pino” Perez, respectively. Brendan Linnane (pedal steel) and John Quinn have known each other for years — Linnane being childhood friends with Quinn’s brother. Fate finally brought the quintet together on a snowy, Chicago night in the parking lot of a Western Ave. bar. Since forming in 2016, the band has spent their time crafting songs and sharpening up their live show — opening up for bands like Reckless Kelly, A Thousand Horses, Little Texas, and The Black Lillies.

Formed in 2015, The Bashful Youngens are an Americana band out of Champaign, Illinois featuring Carrie Chandler and Aaron Short.  Carrie and Aaron grew up 15 minutes apart, in Pontiac, IL and Forrest, IL, respectively.  But they didn’t meet until a few years later, in college, at a party where they happened to spontaneously perform a song together.  Fast forward to 2016 where they recorded and released their self titled debut album and to 2017 where they recorded and released their EP, “Inflorescent.”  After adding a few more band members along the way (Brian Hildebrand, Mitchell Killough, Stephen Johnson and Matt Chupp) The Bashful Youngens have shared the stage with artists like Paul Thorn, Jana Kramer, Lydia Loveless and Parker Millsap.