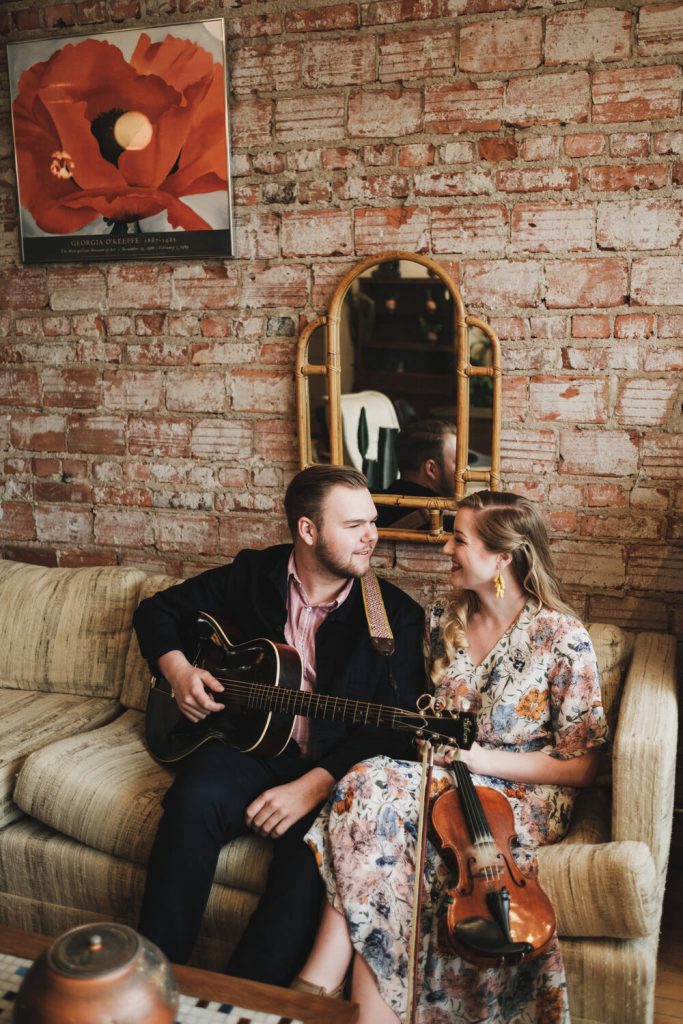 The Wildwoods are an enchanting Folk/Americana duo whose flowing songwriting tandem has been praised by Paste Magazine as “focused and charmingly human”. The Wildwoods’ delicate melodies and descriptive lyrics come from nature, love, experiences from the road, and growing up in Nebraska.

Noah and Chloe Gose met in Lincoln, Nebraska in 2012 and quickly connected to one another’s musicianship and songwriting. Fast forward to today and The Wildwoods are consistently performing across the country. The band has supported touring acts such as Elephant Revival, The Hunts, The Accidentals, The Von Trapps, and Jamie Wyatt and has performed Sofar concerts in cities such as London, Brooklyn, and St. Louis. In 2016, 2017, and 2018, The Wildwoods were nominated by the Omaha Arts and Entertainment Awards as a top Americana/Folk artist in Nebraska.

The Wildwoods have released two full length albums (Sweet Nostalgia, 2017 & Across a Midwest Sky, 2019) as well as an EP (Birdie & Goose, 2017) and a handful of singles. (Like My Old Man, 2021 & Little Home, 2020) The Wildwoods can be found being accompanied by a lineup of impressive Nebraska musicians including Andrew Vaggalis (Bass), Jack Rodenburg (Piano), Noah Pinkman (Guitar), and Harrison ElDorado. (Drums)